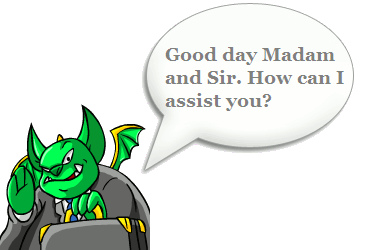 The world is facing a tipping point. Oil, gas and Linford Christie are all running out. In the Third World, clean water and food is increasingly scarce. A world-wide credit crunch has ensured that the UK has its highest unemployment figures since the 1980s. Scarcity has become the watch-word of the early 21st century. In fact, it seems that scarcity is so prevalent in modern times that it is in danger of being devalued.

Cultural studies are quick to point out that there are only three major UK resources that are not under intense pressure. These are sarcasm, unemployed ex-Fund Managers and, of course, weasels. Other people are keen to point out that that items two and three on the list are one and the same. They also highlight the dramatic rise in the number of sarcastic weasels in the City of London in recent years.

This is taken with a pinch of salt - also a sprinkling of lemon juice and a slice of banana-peel, before being grilled lightly for three minutes - since the people making such comments are generally grumpy ex-FSA employees, or former Chief Extortion Officers of large companies. As global warming encourages people to change their life-styles and reduce their carbon-footprint, it seems the days of excess are gone. Modern existence is about conserving and recycling in order to provide hope for a better future.

The government have isolated the key concerns of the general public and have written them down in a very nice Word Document, which they have then printed off onto some nice vellum paper, bound together nicely, covered in a nice plastic sleeve, placed in a zip-up leather document wallet and then lost on a train to Edinburgh.

Luckily, a nice man called Tony happened upon the document and returned it to Prime Minister Gordon the Gopher the following day. In the last week said file has been widely scrutinised by the cabinet (not to mention the wardrobe and the tall-boy) and all possibilities for action considered (in between time taken for essential political tasks such as cleaning out their moats, digging new duck ponds and polishing their weasels).

The result is a ten point plan of action, reproduced below: 1. Reducing the country’s carbon footprint. 2. The funding of research into finding green alternatives to fossil fuels. 3. Trident and nuclear disarmament. 4. The growing cost of loft insulation. 5. Illegal disposal of Fund Managers without prior-neutralisation. 6. The growing popularity of Space Hoppers in inner cities. 7. Tackling the problem of pollution caused by the abundance of non-biodegradable Fund Managers in council tips. 8. The consequences of careless driving. 9. The growing social problem of unemployed Fund Managers gathering on street corners, drinking alco-pops, vandalising telephone boxes and throwing estimated-growth-per-capita figures at kindly passing old ladies. 10. The immediate disarmament of sarcastic weasels. The government is at present refining its report on how best to alleviate these social difficulties.

The paper is to be published for the first time exclusively here, on The-Latest. More significantly, The-Latest has also secured the only UK interview that The Minister For This Sort Of Thing will be giving … that day. That’s right here, The-Latest, next week. Be there or be a regular-sided polygon.