Lots of people use music to drown out the sadness - which is why it was hardly surprising when a study by Cambridge University, released earlier in the month, found rap music can help people tackling depression. The paper suggests that rap’s rags-to-riches narrative and “positive visual imagery” is catharsis in action - “a means of breaking free [and] a message of hope” – and they’re right. Empire State of Mind may be fucking nauseating, yet I can’t help but envision myself reeking of Armani and power walking down Fifth Avenue whenever I listen to it. 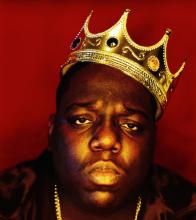 They’ve specifically referenced Biggie’s straight hustlin’ anthem Juicy - undeniably the best karaoke song of all time - and it’s great that academics are understanding that B.I.G’s transition from reading rap magazines to blasting “Salt-n-Pepa and Heavy D up in the limousine” is motivating. But that’s also just a scratch on the surface of a larger conversation. There are beneficial qualities to rap music, sure, but there’s more to it than hearing rags-to-riches stories.

Ever since I was old enough to listen to records that weren’t forced on me during car journeys, music has been my coping mechanism - and it’s especially hip-hop that’s the most comforting. As Eminem professed on Sing for the Moment, you sit in your room crying at night, then you throw on a rap record, and you sit and you vibe. Like all music, it's an escape route, and for me hip-hop can help for three specific reasons: the storytelling, the escapism, and the subject matter that cannot be found in any other type of music.

Whether it’s Eminem rapping about hitting Rock Bottom and “yesterday going by so quickly it seems like it was just today”, Kid Cudi pursuing happiness, Jean Grae reminding me to keep living, or Tyler the Creator talking about daddy issues and creating an imaginary dream-world, hip-hop provides me with a relatable universe to sink into when no one else is around. For other people it’s artists like Angel Haze - figureheads who remind the listener it’s okay to be different, to be going through some shit, to be you. It can even be as simple as putting on Lifestyle and wildin’ out, forgetting about everything except Young Thug singing about baguettes for a hot second. Sometimes it just helps to listen. 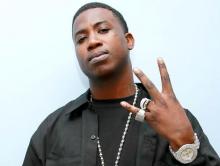 However, despite people like me finding solace in certain rap songs, hip-hop has generally found it difficult to deal with artists who either (A) talk about complex feelings or (B) have personal issues themselves. Troubled rappers - Gucci Mane or DMX, for example - are often reduced to cinematic train-wrecks, watched by fans with popcorn and Twitter feed in hand. Introspective artists like Childish Gambino that lay their insecurities on record and expose their fallibility get called out for being soft or lame. People like Tyler, the Creator and Eminem can only get away with it because they play characters.

Hip-hop’s long running taboo with mental health - where some artists talking about it, others are afraid, and some just shit on those who do - stems from the culture that surrounds the genre. Pharoahe Monch, in an interview with Vlad TV for his last album, PTSD, said he felt he couldn’t talk about depression because within hip-hop and the Black community, mental health is seen as a fallacy; the other challenges faced in day-to-day life are presented as much more important.

Monch’s comments - even to a white rap fan - make sense. Off the top of my head, the only universally celebrated rap songs by Black artists which cover mental health are Biggie’s Suicidal Thoughts and the Geto Boys My Mind is Playing Tricks on Me - and both tackle the issue in a way that relates back to grindin’ in the hood, as opposed to feeling glum and despondent simply as a result of their environment. As hip-hop scholar and ex-Green Party Vice President Rosa Clemente wrote after rap mogul Chris Lighty (who represented people like Nas, 50 Cent, Diddy) committed suicide: “Hip-hop and the larger community of black and brown, progressive, radical, social justice activists [needs to] figure out a way to begin a dialogue, to not just break the silence around depression, but to stop the shaming of those who suffer this disease”.

Step in Kendrick Lamar’s "i".

Released a month ago, the track is a powerful example of how attitudes are changing. The song’s refrain – “I love myself ” – at first shouted, and by the end screamed in repetition from the depths of Kendrick’s trachea, tackles the issue without apprehension or lyrics about “committing crime after crime, drugs and extortion”. Although Kendrick reflects on his environment, he uses it to direct focus toward self-belief, motivation, and love. It's an incredible statement. 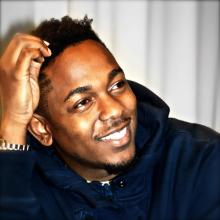 Whether you think Kendrick Lamar’s “i” sounds like corny basketball music or you think it’s great, he’s come into the open and started to do what Rosa Clemente hoped for those two years ago. He’s breaking the silence around depression, he’s not shaming anyone, and most of all he’s opening a dialogue and pushing the genre forward. 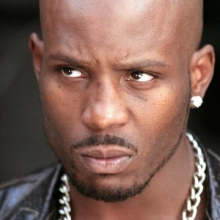 Unlike other rappers with personal issues - someone like DMX, who struggles with bi-polar disorder or the guy who may have been from Wu-Tang clan who cut his dick off - Kendrick has talked about mental health issues, and been a rapper with them, without being alienated or demeaned by the industry. The fact he released “i” as a comeback single after arguably the greatest rap record of the last decade is paramount.

The important part is that things are starting to change. Those findings from Cambridge University that rap music helps people, are symbolic of changing attitudes among those outside the hip-hop world; there’s now an understanding that rap isn’t just about guns and crime. And inside the rap world too, Kendrick Lamar’s “i” suggests there will be a shift in the way mainstream rap artists tackle mental health; he’s one of the biggest in the game and as a result, we can hope other artists follow suit and the stigmatisation will be eroded entirely.

Whatever the future, both things are important. And not just to hip-hop as a genre but to the fans, the artists, the people who use rap as a form of release and have been apprehensive about speaking up.

I used to spend hours locked inside my bedroom listening to Kid Cudi. The introspection in his music taps into a very specific sense of loneliness, paranoia, anxiety, and the despondency that derives from all three combined. Even now, when it all feels like it’s happening again: when I can’t get out of bed because lifting the covers is too heavy, I’m convinced if I don’t spit my toothpaste out three times in a row I’ll be ended by some self-diagnosed illness, and I can’t talk to anyone because that would be all too much, I put on his debut record and sink into it. Then I breathe.

We’ll never know if the stigma within hip-hop has prevented other self-help records like Cudi's Man on the Moon from coming out, and it's certainly not the only one that exists. But at least now, and in the future, people are accepting that hip-hop is more than just one guy, of African-American descent, rapping over a beat, glamourising unhealthy coping mechanisms like sex, drugs, and material possessions. It can now be seen on a level similar to every other type of music: as a positive force, something that can help people, or at least make it easier. And that’s the most important thing - making it easier. For both the artists and the listeners.