How Barack Obama and Malcolm X shone in Africa 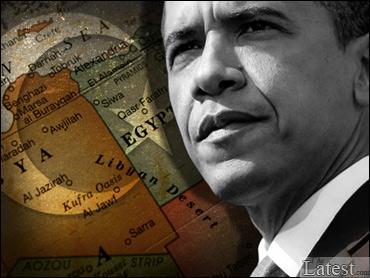 Cairo on the tip of Nubian Africa has played host to two exceptional African Americans. One named Barack Hussein Obama, the son and grandson of Muslims, came as US President this June.

The other was the radical African American Muslim minister El-Hajj Malik El-Shabazz (widely known as Malcolm X) in June 1964. Both invoked the great Islamic past; both aimed to forge unity on crucial international issues. But what a dramatic contrast. Obama, the suited up, sophisticated new African American in the Office, aimed at calming the volatile Muslim world. However, Malcolm X in Cairo called for an unprecedented joint action by Africans and African Americans against a common scourge  — racism and imperialism.

Malcolm came to this revolutionary conclusion after founding the secular, black nationalist Organisation of African American Unity (OAAU). Later, he tested his ideas with political activists in an extensive tour of Africa and the Middle East in June 1964.

The scene was set for his unprecedented call for concerted action at the second summit meeting of the Organisation of African Unity, convened from 17 to 21 July 1964.

His arrival was widely noted. To his admirers at the meeting of the fledging African authority, Malcolm X was a courageous advocate for the rights of African Americans, a man who indicted white America in the harshest terms for its crimes against black Americans. He was also El-Hajj, a penitent Sunni Muslim aware of the broad humanity of the Islamic faith.

Interviewed by reporters and   radio journalists in Cairo, Malcolm X said:    "When I arrived here, there was a great deal of publicity in all of the press over here concerning my coming. It was historic in a sense because no American Negroes had ever made any effort in the past to try and get their problems placed in the same category as the African problems, nor had they tried to internationalise it."

His reference to  "colonialism", and plea for renascent dignity and justice found favour in the highest quarters. Egypt's President Nasser made specific reference to the condition of African Americans, and hailed the then recently passed Civil Rights Act of 1964, in his opening remarks.

With this cache of prominent support, Malcolm X gained acceptance as an observer at the OAU summit of independent African states. His eight-page memorandum warned America of a coming conflagration; it echoed James Baldwin's eloquent manifesto  "The Fire Next Time" (1963). He urged African leaders and freedom fighters to internationalise the plight of African Americans and bring the issue before the UN.

Then, in one of the most remarkable coincidences of the turbulent 1960s, Malcolm X delivered his memorandum on 17 July, a day before what later became known as the "Harlem riots" that rocked New York that summer.

* Thomas L Blair publishes the Chronicleworld http://www. chronicleworld.org. Discover the Internet facts and common visions of the Black world in the author's just published E-book The Audacity of Cyberspace: The struggle for Internet power by Thomas L Blair (Order from http://m-ybooks.co.uk/blair/default.html)

Is the Media Racist?