How to combat this cyberstalker and others like him 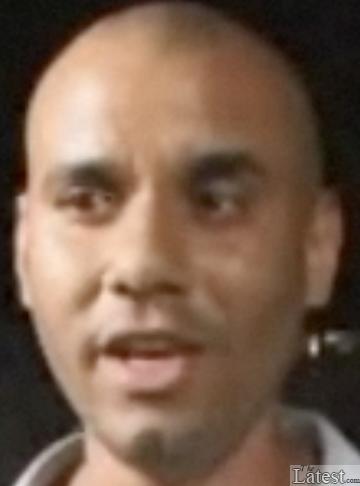 British couple Graham Brown-Martin, his wife Irene and their young daughter have found international law and policing woefully unable to protect them from a self-styled internet terrorist who has hounded them from his home in Jamaica.

So The-Latest has thrown its weight behind a campaign to stop bully Peter Dean Rickards' four year long campaign of hate against them. As a result Rickards has threatened to sue us. We have told him to put up or shut in a British court, which the coward won't do because should he ever step foot in the UK he would immediately be arrested on hate crime charges.

UK law provides a number of remedies for people suffering from cyberstalking or other forms of harassment.For legal purposes Britain is divided into three separate jurisdictions namely England and Wales, Scotland and Northern Ireland.

In most cases involving malicious communications or cyberstalking however there will be more than one offensive or threatening letter or telephone call and therefore the police will often choose to charge the offender with an offence contrary to either Section 2 of the Protection from Harassment Act 1997 also punishable with up to six months imprisonment.

Part of the reason for using this charge is that when someone is convicted of an offence under the Protection from Harassment Act 1997 the court can make a Restraining Order preventing them from contacting their victim again. Breach of a Restraining Order is punishable with up to five years imprisonment. A restraining order cannot be imposed for a conviction under the Malicious Communications or Telecommunications Acts.

If the e-mails, cyberstalking etc causes the victim to fear that violence will be used against them then the police can choose to charge the offender with an offence contrary to Section 4 of the Protection from Harassment Act 1997 which is punishable with up to five years imprisonment and also allows the court to make a Restraining Order.

If the e-mails, cyberstalking etc. is racist in nature or motivated by religious hostility then charges could be brought of racially or religiously aggravated harassment contrary to sections 32(1)(a) or 32(1)(b) of the Crime and Disorder Act 1998. (The strengthening of the law in regard to racially motivated offences was championed by the Anti-Racist Alliance after the murder of Black teenager Stephen Lawrence). If convicted offenders could face up to seven years imprisonment.

The fact that an offensive telephone call, letter e-mail etc. may be received in the course of work and have been sent by a work colleague or manager does not justify the message or prevent it being an offence. Offensive messages sent within the workplace can still constitute criminal offences. In addition they may justify someone bringing a claim for constructive dismissal and compensation under employment law.

In many situations the recipient of malicious messages knows who the sender is. It may be a former partner or a relative which may mean that the victim is reluctant to involve the police. In those circumstances the victim could consider taking out an injunction under Section 3 of the Protection from Harassment Act 1997. However I would always advise informing the police especially if the messages are in any way threatening. Even if the police decide not to prosecute they may give the offender a formal warning which could be used in evidence if they repeated their behaviour in future.

In addition to criminal prosecutions, victims of harassment can sue the offender under Section 3 of the Protection from Harassment Act 1997 for damages arising out of the anxiety caused by the harassment and any financial loss it caused.

There is often a lot of confusion as to the legal position where either the sender or the recipient of an offensive communication is outside the jurisdiction of English law. The internet in particular is often assumed to be completely outside of any legal control. That is not the case though the legal position is not as clear as it could be.

Where the offender has sent the message from outside England and Wales the police will usually inform their foreign counterparts. It will frequently be the case that the offender has also broken the law in his own jurisdiction and will be dealt with by the authorities in that jurisdiction.

* More information on the law relating to cyberstalking and other forms of stalking and harassment can be found on Neil Addison's website www.harassment-law.co.uk.