How to get tickets to the Tony Blair Iraq show 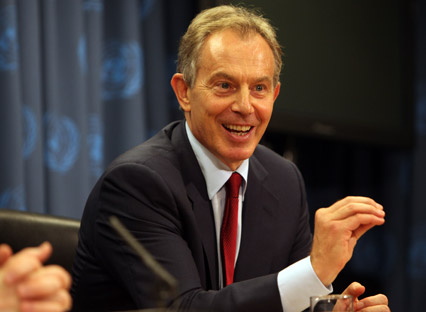 Roll up, rollup for the Tony Blair show. See him squirm, watch him wince, as he faces the Inquiry into the Iraq war for a solid six hours (with a break for lunch). But if you thought it would be simple to get a ticket, think again. The procedure makes getting into Wimbledon centre court look a doddle.

Such is the public interest in seeing the former British prime minister explain himself, and so small is the room in which the hearings are being held (60 seats in total) at the Queen Elizabet II conference centre opposite Westminster Abbey in central London, that the Chilcot inquiry team has today launched a ballot for public tickets.

Anyone interested needs to go to the Iraq Inquiry website and print out the application form which must then be posted by ordinary mail - no emails accepted - before the closing date of January 15.

It is not certain which day the once beloved leader will appear: all the  website can guarantee is that it will be some time during the fortnight starting January 25 and that it will last for six hours. To give more people a chance of a seat, the day will be split into morning and afternoon sessions.

Sir John Chilcot, the Inquiry chairman, said: "Given the potential demand, we recognise the importance of providing people with certainty about whether or not they will be able to get into the hearings, particularly those who need to travel long distances. We believe the fairest way to do this is to allocate seats by ballot."

At the launch of the Inquiry on July 30 last year, Sir John Chikcot set out the Inquiry’s Terms of Reference:

"Our terms of reference are very broad, but the essential points, as set out by the Prime Minister and agreed by the House of Commons, are that this is an Inquiry by a committee of Privy Counsellors. It will consider the period from the summer of 2001 to the end of July 2009, embracing the run-up to the conflict in Iraq, the military action and its aftermath. We will therefore be considering the UK's involvement in Iraq, including the way decisions were made and actions taken, to establish, as accurately as possible, what happened and to identify the lessons that can be learned. Those lessons will help ensure that, if we face similar situations in future, the government of the day is best equipped to respond to those situations in the most effective manner in the best interests of the country."

To dissuade touts, anyone lucky enough to receive a ticket will be forbidden from passing it on as a gift or selling it. And remember - no WMDs, no rotten tomatoes.

George Michael sorry for 'screwing up again' after crashing car

Feisty Naomi is the new face of Yves Saint Laurent