How to help jailed journalists 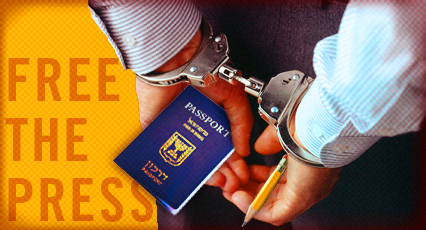 The Committee to Protect Journalists (CPJ) has released its annual census of imprisoned reporters around the world writes Elisabeth Witchel, Journalist Assistance Program and Impunity Campaign Coordinator for CPJ.

Citing 136 journalists jailed for their work in a number of countries, the report brings to the foreground one of the toughest issues CPJ and other advocacy groups grapple with. Working at its best, open support or advocacy can make a difference over time and, in some cases, win the early release of journalists from prison. But when that fails what can be done for journalists languishing in jail, often in horrifying conditions?

In many cases small acts of solidarity and compassion can echo loudly behind bars. 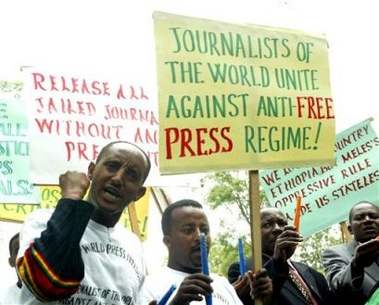 In 2005, CPJ saw more than a dozen newspaper publishers and editors rounded up and imprisoned in Ethiopia. We tried many things.

An international mission in 2006 managed to secure a visit with several prisoners. We delivered modest but steady sums of money to the most destitute family members.

We managed to send reading material. With cryptic, sporadic second- and third-hand contact, it would be a long while before we would know if any of this had an impact.

Over time, particularly as these journalists were released in 2007 and many fled the country, we learned that every move had made a difference. The visit led to an improvement in their treatment; the reading materials were received and lifted spirits; some journalists told us they felt enormous relief knowing their families were able to get by a little easier.

Over the years, CPJ has learned that household items we take for granted but are prohibitively expensive or hard to come by in some countries—aspirin, vitamins, cortisone, Neosporin, antacids—can bring relief to journalists facing mistreatment, malnutrition, or dangerously unhygienic prison conditions.

We’ve seen the families of imprisoned journalists cope not only with the emotional trauma of seeing a loved one behind bars but with finding themselves impoverished, having lost a breadwinner or facing various forms of blacklisting. Family members must often undertake expensive journeys to far-flung prisons to visit their loved ones. Often they are even responsible for providing all meals, medicine, and daily needs themselves. They must find resources for legal defence, appeals, and petitions for amnesty.

These are all avenues through which we can help and should for the simple reason that it makes a difference. Here are ways you can too:

Sponsor the family of an imprisoned journalist as an individual or group: $100 a month can make the difference for a family struggling to survive with their breadwinner in prison. It can also enable them to visit and bring medicine and food. If you or a group of colleagues, friends, or students want to undertake sustained support to a family of a journalist in prison, CPJ can help identify and connect you to the neediest cases.

Adopt the case of journalist in prison: Write to him or his family and raise awareness among your community by organizing petitions, letter-writing campaigns, and contacting your governmental representatives to increase international pressure for a journalist’s release.

Write to the embassies of countries with journalists in prison with your concerns.

Contribute to CPJ’s Journalist Assistance Fund, which supports journalists at risk and in prison for their work.

Code of conduct to protect rights of internet users