How The-Latest put cyberstalking on the news agenda 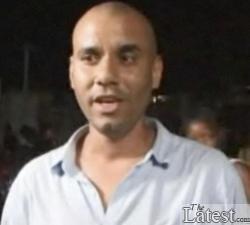 Proof positive, if any was needed, that citizen journalism and The Latest works in bringing stories that the big media have traditionally avoided into the mainstream is this.

During last year Marc Wadsworth and the team at The Latest engaged in some real journalism and investigated the four years of cyberstalking that had been aimed at my wife, young daughter and myself. See the damning evidence for yourself.

The Jamaica-based stalker involved is known to the police and UK Home Office but, as a consequence of him not living or entering the UK, he has avoided prosecution. Furthermore as a consequence of Peter Dean Rickards' day job as a fashion photographer and, more recently, a music video director he has also maintained a following of people who can simply not believe that he engages in some of the most vicious attacks on a family via email, web forums, his own websites and SMS messaging.

These attacks have threatened the life of my wife and daughter as well as publishing that my daughter was HIV+ since the age of three, which is a lie. Even as recently as four weeks ago Rickards published yet another page on his website with ludicrous claims against my family. They included calling my daughter a mulatto, my Ghanaian wife a whore, suggesting that, as a Caucasian (with a half-Moroccan mother), I married my wife (and had two children) to prove that I wasn't a racist. Worse of all Rickards called by implication for the UK Jamaican community to commit violence against me.

Yet it has been the courageous journalism behind The Latest that has exposed this coward and forced the story out into one of the biggest selling British magazines. On Thursday evening in the UK the first national television documentary is aired that exposes our story. On the Sky Crime and Investigation Channel at 8:00PM (Sky 553 SD, Sky 555 HD and Virgin 273) you will be able to watch Stalker a documentary where our evidence is revealed and examined by cyber crime specialists.

Channel 4 are also working on a follow up documentary that also features my family's story and we are hosting an international conference called Digital Safety that brings together a global audience of thought leaders and policy makers from government with leading providers of search engines, social media, GPS and other technology to establish a global framework of support to ensure that people like Rickard can be easily prosecuted wherever they are in future.

My family thanks Marc and his team at The Latest. Without Marc's support, and his willingness to thoroughly research our story before publishing it, our case would never have reached the many millions of people who will now find out about a previously ignored story about the very 21st century crime of cyberstalking.

* Editor writes: For the very small minority of people who know self-styled "media terrorist" Rickards and still believe that he is not the man behind the vile campaign of hate against the Brown-Martin family here is some new evidence which nails him. When I emailed all members of The-Latest, of whom Rickards is one, at the weekend about the G20 London meeting I received this reply which accurately pinpointed him on the internet:

Music star Wyclef Jean is 'not fit to lead Haiti'