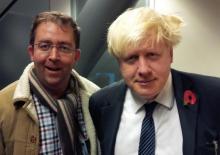 This website with its biggest scoop got a previous chief advisor to Boris Johnson fired. Johnson was Mayor of London at the time and the "McGrathgate" incident perhaps gives a clue to the British Prime Minister's baffling refusal to today sack his chief adviser Dominic Cummings for breaching the country’s anti-virus lockdown rules. 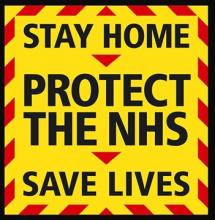 Johnson’s decision to stick by Cummings has left Westminster journalists, ordinary voters and more than 40 of Johnson’s Conservative MPs asking why is he being so stubborn and harmful to his own political standing. Cummings has, Houdini-like, managed to defy the rule of thumb of ex-Prime Minister Tony Blair's spin doctor Alastair Campbell that no government figure - least of all an advisor - could survive being at the centre of a scandal that makes headlines for a week.

There may be some clues in McGrathgate of 12 years ago that involved a brash, young Australian aide to Johnson, who has since become a member of the Australian Senate. We'll return to that later. Firstly, the current scandal. 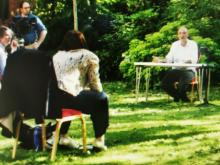 On Tuesday, Cummings became the first political adviser ever to hold a personal news conference at 10 Downing Street, where the Prime Minister is based, as he tried to explain why he had left London during the height of the virus lockdown to stay at his parents’ property 260 miles away from his London home. The event was held in the prestigious rose garden, normally a place reserved for news conferences held jointly between the British prime minister and another world leader.

Cummings’ trip in March with his wife Mary Wakefield and their four-year-old son was at a time the whole of Britain had been instructed by the government to: “Stay home, protect the NHS, save lives”. Cummings himself had helped devise the policy.

In Scotland, First Minister Nicola Sturgeon sacked her chief medical officer Catherine Calderwood for breaching the very guidelines the advisor had helped to develop, amid fears that such hypocrisy would cost lives by convincing the public the rules were optional. Central to the Cummings row is the view it has given ordinary people there's one rule for the governing elite and another for them. 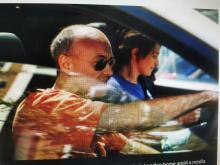 Johnson's top advisor Cummings drove his family to Durham, in the north east of England, even though he and his wife were both suffering Covid-19 symptoms. And one suspects, Cummings must have stopped off at a petrol station along the way to fill up the tank of his car for such a long journey, exposing members of the public to the highly contagious killer disease.

He defended his decision to break the lockdown with an argument that was at least believable coming from a concerned parent, saying that he wanted to be near his family in case he and his wife became too ill to look after their young son. Cummings claimed a 17-year-old niece had offered to do childminding at his parents home.

But he gave a ludicrous explanation for a subsequent breach of the “stay home” order, when he and his wife and son were later spotted by witnesses on her birthday near Barnard Castle – a tourist attraction 30 miles from where his parents live. Durham police have since said the trip was probably a breach of the lockdown law but have decided not to do anything about it.

Maintaining a straight face at the news conference, Cummings said he had been worried that his eyesight has been damaged by his serious bout of flu-like symptoms and he wanted to find out whether he could drive safely enough to tackle the almost five-hour trip back to London. Motoring organisations have said the drive was a breach of the highway code.

Only the foolhardy would test their eyesight by strapping their loved ones in the car and heading off for an hour-long round trip to a beauty spot. 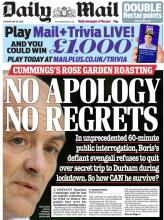 The mystery is why Prime Minster Johnson is sticking by his man when keeping Cummings is so obviously damaging his government, risking lives by undermining the public health campaign, and enraging many of his own Conservative MPs, their in-boxes full of hostile emails from furious constituents, and even government-supporting newspapers like the Daily Mail have called for Cummings to be sacked. The Daily Mirror and Guardian, who back the Opposition Labour Party, broke the story.

Some commentators say wryly Johnson is terrified of governing without his "Rasputin" Cummings. They note the PM is a ruthlessly ambitious but shallow wannabe-Winston-Churchill chancer who has never been interested in what he considers to be the boring business of government or solving society's problems and the allegedly brilliant strategist and workaholic Cummings, who was the brains behind the successful Brexit campaign, does the heavy lifting and gives him the political vision he needs.

Another theory put forward by many of Johnson’s backers: that he is simply too loyal for his own good and would never throw a trusted aide under a bus, especially when the PM professes to be perhaps the only person in the nation who believes Cummings did nothing wrong. Opinion polls have shown 70 per cent of the public do not believe what Cummings' has told them, including 55 per cent of Conservative voters.

So the story goes, Boris is just too decent and loyal a chap for his own good, just like the line used by discredited Prince Andrew about his friendship with convicted American paedophile and rapist Jeffrey Epstein in his road crash BBC Newsnight interview.

But consider the case of James McGrath, a protégé of the Australian political strategist Sir Lynton Crosby, who in 2008 was the chief political adviser to Johnson, then the newly-elected Mayor of London.

Colleagues of his say McGrath has a temper, and it came out during a meeting with The-Latest's editor Marc Wadsworth a month after Johnson’s mayoral when Wadsworth suggested that Johnson’s election win could spark an exodus of Black Londoners to the Caribbean.

McGrath's shock response to Wadsworth was: "Let them go if they don’t like it here.’’

After several days trying by email to get McGrath to clarify exactly what he had meant but to no avail, Wadsworth reported the story on this website under the headline “Blacks should ‘go back home if they don’t like Mayor’”, adding that Mr McGrath came from a country where the indigenous Black people “are stereotyped by the white colonisers as social security-scrounging drunks”.

At first Johnson tried to tough it out with bluster to inquiring reporters, who picked up the story, about the "unfairness" shown to McGrath by "citizen journalist" Wadsworth - a similar tactic the PM has employed attacking the "campaigning" Guardian and Mirror, claiming their scoop was fake news. Then Prime Minister David Cameron stepped in a couple of days later to say McGrath must go because, while Cameron didn't think he was a racist, the comment he had made to Wadsworth could be seen as such. Cameron, unlike Johnson, moved swiftly to limit the damage to his govenment and the Conservative party. In other words, McGrath was fired because keeping him on would have provided ammunition for political opponents who wanted to raise Johnson’s questionable past attitudes on race. 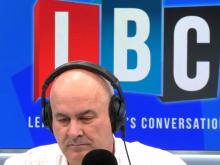 There was a Tory backlash. At the time, prominent Conservative commentator Iain Dale accused Johnson of political cowardice, saying he had forced out McGrath precisely because of sensitivity over his record on race issues, including op-ed columns in which Johnson had displayed racism by calling Black children “piccaninnies” and referred to Black people’s “water melon smiles”. 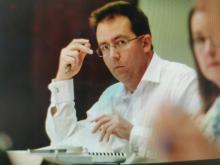 The influential ConservativeHome website was equally scathing, saying: “Boris should have had the backbone to stand by such a loyal aide. There should have been no pressure to resign and no acceptance of a resignation.” Tellingly, on the Cummings question a dozen years later, ConservativeHome has called for the advisor to be sacked.

The axing of McGrath in 2008, who was elected six years ago as a Senator for notoriously right-wing Queensland, in Australia, tells us that historically Johnson is not exactly instinctively loyal to his staff. Unless, that is, it's to save his own premiership by holding on to someone he can't do without.

Divided UK: What next for PM Boris Johnson?