Hunger is the spark that ignites revolutions 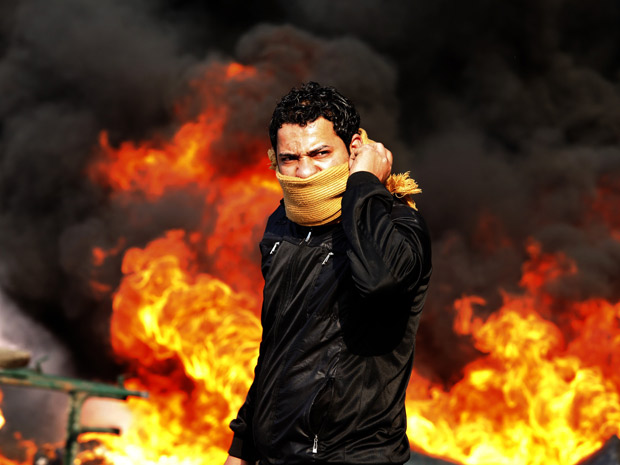 Columnist Marc Fisher of the Washington Post said that revolutions are explosions of frustration and rage that build over time, sometimes over decades, writes Joanna Aniel Bidar.

Although their political roots are deep, it is often a single spark that ignites them.

In Tunisia that single spark was triggered by a self-immolation of an unemployed university graduate, when the police tried to prevent him from selling vegetables without a permit. The ferment of revolutions in Tunisia that spread to parts of the Middle East was not a matter of middle class desire for freedom of speech, but rather a manifestation of the deprivation that has ravaged many.

It was triggered by something further than mere demands for liberty or the Twitter-obsessed youth. In fact this is a classic hunger revolution: outrage over high food prices and fuel caused by derivatives speculation, high unemployment and economic disparity. Even experts have warned since January that crop shortages have fuelled the revolution. 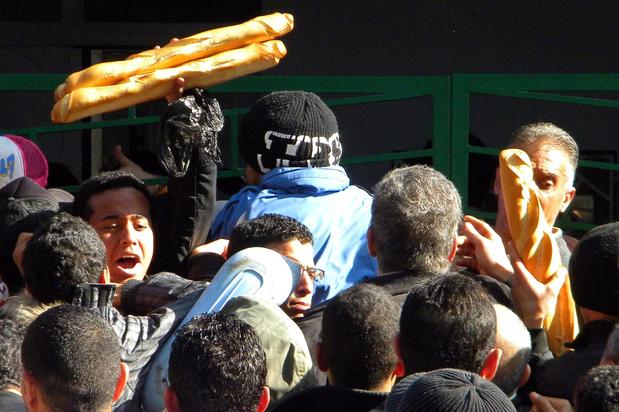 What the US press has described as the ‘Jasmine Revolution’ is no more than a revolution of hunger. In 2008, Egypt experienced a bread shortage that led to major hunger and unrest. The Egyptian saying that "nobody dies of hunger in Egypt" lost its meaning due to surging oil and crop prices, which consequently drove up the price of rice and pasta. That in turn led to the demand for government subsidised food and other goods not only from those who live on less than £1 a day but also from higher social classes.

The government failed to meet the increased demand and the bread shortage turned a wave of hungry people into an angry crowd. The anger was fueled by the fact that the government’s concern had more to do with export and foreign investment such as growing fruit for European markets than its demand for wheat by its own people. Critics of President Hosni Mubarak predicted that the crisis would bring him down as it has finally done. Fear of the government could then suppress popular protests but hunger and desperation as prices rose up could no longer be suppressed. The same problem applied to Tunisia. 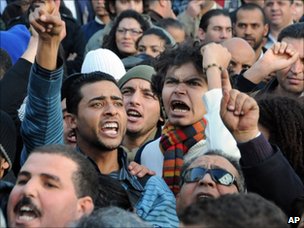 The first warning in fact came when the United Nations (UN) headed a special taskforce in order to tackle global food crisis in April 2008. The subsequent briefing paper from the Food and Agriculture Organisation stated that markets are increasingly integrated in the world economy; shocks in the international arena can now transpire and propagate to domestic markets much quicker than before.

Secretary general of the UN Ban Ki-moon said that the move was an attempt to avert "social unrest on an unprecedented scale". He added that the first and immediate priority is to feed the hungry. Ban Ki-moon predicted that without the full funding of these emergency requirements, there will be risks of widespread hunger, malnutrition and political turmoil.

French president Nicolas Sarkozy and US president Barack Obama blamed the demonstrations on human rights abuses. Ironically, Ben Ali was reelected in 2009 with 89.62% of the vote, having been Tunisia's second president since independence from France in 1956. President Sarkozy expressed his support and stated that they stood "side-by-side with the citizens of Tunisia, his country's former protectorate". And that  "only dialogue can bring a democratic and lasting solution to the current crisis". While Obama called on the Tunisian government to respect human rights, and to hold free and fair elections in the near future that reflect the true will and aspirations of the Tunisian people."

These events can only remind us of the gruesome French Revolution where as a result of increased food prices, peasants had to save a month’s wage to afford a loaf of bread. They desperately foraged at dawn for roots to feed their families, and stumbled over the corpses of neighbours who had died from hunger.

The revolutions we are seeing today is of course not as dramatic. Yet, this social unrest has reached its climax and can only serve as an example of what happens when food prices spiral out of control, translating into political unrest. This is mostly due to many graduate students with no prospect for work and the accumulation of decades of resentment towards incompetent and indifferent autocrats.

That which drove many people out on the streets endangering their lives is not merely a call for liberty but rather the desperation of an ordinary father who can no longer bear the fact that his children go to bed hungry. The real cause of this social unrest goes beyond social networking or a demand for liberty. It is a problem of hunger that will only get worse rather than better. No amount of freedom of speech can satiate hunger.

How UK government plans to sell your medical records

Why I growl at fatcat Non-Governmental Organisations

Top US journalist asks: Why not occupy newsrooms?