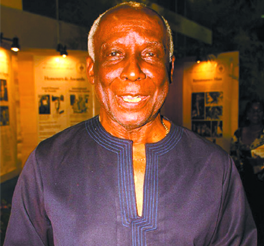 I mourn the passing of my faraway friend and mentor Rex Nettleford. Since the professor and vice-chancellor emeritus of the University of the West Indies (UWI) suffered a heart attack on January 27, in Washington DC, I have checked online for news of his condition every day. This morning I read what I had been dreading. Rex died last night, just hours before his 77th birthday that fell today.

We spoke on the telephone last summer when a distant, young Finnish cousin of mine was about to visit Jamaica for the international Dance and the Child event at which he was the guest speaker. I asked if Sini could seek him out when she arrived, as she was an unworldly 17 and her parents and grandparents were anxious.  “Of course,” was Rex’s characteristic response. “But she won’t want to keep the company of an old man like me. She’ll be safe in the hands of the many young people like herself in Jamaica.” He was right. Rex gave sage advice whenever it was sought from him by me.

I met Rex in the early 1980s and started to read the professor’s work which blew me away with its brave insights into race politics from an unashamedly African Caribbean perspective. But, wait. Here was not just a Black political academic of the Walter Rodney, Stuart Hall, Manning Marable, Angela Davis ilk but a cultural critic and participant (Rex was a professional dancer and trade union activist). 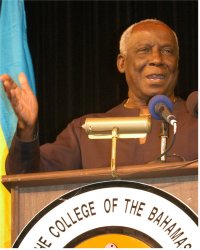 Jamaican Prime Minister Bruce Golding’s statement echoed what many people will say: "Jamaica and the entire world have lost an intellectual and creative genius, a man whose contribution to shaping and projecting the cultural landscape of the entire Caribbean region is unquestionable. Rex Nettleford was an international icon, a quintessential Caribbean man, the professor, writer, dancer, manager, orator, critic and mentor. He has left a void in our world that will be a challenge to fill."

Rex was proud to be Black and of African descent at a time when neither was fashionable in a neo-colonial Jamaica with the subversive motto “Out of many one people” that was ridiculed by Walter Rodney. A defiant Rex championed folklorist Louise Bennett-Coverley (Miss Lou) and the Rastafarians, about whom he wrote a seminal book.

Former Jamaican Prime Minister Portia Simpson Miller, herself from humble beginnings, pointed out that Falmouth, Trelawny-born Rex was a “son of rural Jamaica”.

Characteristically generous with his intellect and expertise, Rex was an advisor to Jamaican prime ministers, of whom the charismatic, ladies’ man - some would say player - Michael Manley was his favourite. (“Sexy Rexy”, as some friends affectionately called him, told me Michael had confided in him that he had once wanted to be a ballet dancer, which gave them a shared passion.) Once, when I was writing a magazine piece about Michael’s daughter Natasha I asked Rex for some information about her father. It was swiftly emailed to me from Jamaica.

He revelled in making mischief with language and culture. If you asked him how he was he would retort: "Fair to fine." Rex thought Mykaell Riley's Reggae Philharmonic Orchestra was a wonderful play on the august Royal Philharmonic Orchestra's name and said he would be happy to arrange for them to tour the Caribbean.

His greatest act of generosity came when, in 1991, I was about to be made redundant from my television reporter/presenter job at Thames Television after the TV station lost its London week-day franchise to Carlton. Rex told me the post of head of the Jamaica Broadcasting Corporation would soon be vacant and I should apply. He would be my referee. I duly got the application form from the Jamaica High Commission in London, but, despite the mouth-watering financial package, declined to apply because of my concerns over government interference in the exercising of my editorial judgement should I get the job.

Two years later, when I was embroiled in a battle to foil politician Ken Livingstone’s Trotskyist Socialist Action-inspired bid to end Black leadership of the Anti-Racist Alliance campaign, Rex advised me to stay clear of “white left politics”. He counselled: “The problem is that if you take sides, when they make up you’ll be the one, as the Black person, left in the lurch. “

Sometimes Rex would call me when he was in London, promoting UWI, a Jamaican or UNESCO cultural cause and summon me for a chat at the St James Court Hotel near Buckingham Palace, where he loved to stay. On one occasion in August 1997, CNN was on the television in his room with the earth-shattering news about Princess Diana’s fatal car crash in Paris. He was almost speechless. Because, although like me a republican at heart, Rex had hobnobbed with all the royals including Diana and her passing was a personal loss for him. 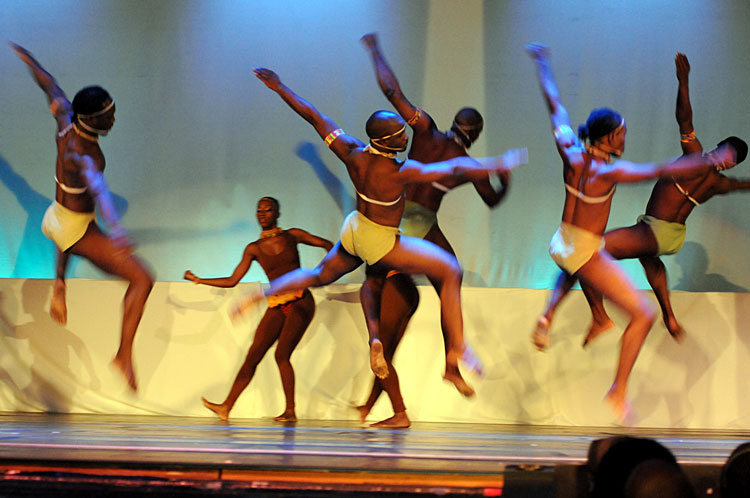 In 1957 he won a Rhodes Scholarship to Oriel College, Oxford University. He returned to Jamaica in the early 1960s to take up a position at the University of the West Indies. At UWI he first came to attention as a co-author, with M. G. Smith and Roy Augier, of a groundbreaking study of the Rastafari movement in 1961.

Since its founding by Nettleford in 1962 (the year of Jamaican independence), the National Dance Theatre Company of Jamaica merged traditional ballet, storytelling, pantomime and politics into an evocative dance experience. In 1998, the company's controversial new piece examined Hurricane Katrina's effects on the African-American community in America. Politics shared the stage with ritual as the NDTC performed the works of Nettleford and his team of Haitian, Cuban, and Jamaican choreographers.

Beginning with the collection of essays Mirror, Mirror published in 1969 and his editing and compiling of the speeches and writings of Norman Manley, Manley and the New Jamaica, in 1971, Rex established himself as a serious public historian and social critic. In 1968, he took over direction of the School for Continuing Studies at the UWI and then of the Extra-Mural Department. In 1975, Jamaica recognised his cultural and scholarly achievements by awarding him the Order of Merit.

His pioneering works include Identity, Race, and Protest in Jamaica (1970), Caribbean Cultural Identity (1978), Dance Jamaica: Cultural Definition and Artistic Discovery (1985) and Inward Stretch, Outward Reach: A Voice from the Caribbean (1993).

Here are some onlines tributes.

In 1996, he became the first Black vice-chancellor of UWI, and held office until 2004, when he was succeeded by Guyanese scientist E. Nigel Harris.