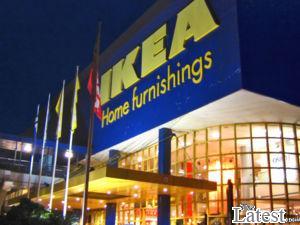 Furniture giant IKEA has made the astonishing admission that some of its suppliers in the developing world use exploitative child labour and others are involved in illegal logging which destroys protected forests.

Anders Dahlvig, the multi-national's Chief Executive Officer, made the candid revelations after IKEA's hypocrisy over its much-trumpeted 'ethical policies' was exposed by the Washington Post and the BBC.

Challenged by BBC Hard Talk presenter Stephen Sackur on Monday that his company was not as 'clean and green' as it claimed, Dahlvig said: 'If you know how production takes place in the world you cannot guarantee that, for instance, there is no child labour or that some wood doesn't comes from illegal (logging at protected) forests.'

But Dahlvig said IKEA was not being hypocritical with the slogan that its products had a 'low price but not at any price'. The company website asserts that all products must be manufactured in a responsible manner with as little effect on the environment as possible.

However, senior IKEA staff told the Washington Post, which has just completed a year-long investigation into deforestation and illegal logging, that the company annually inspect only 30 per cent of the wood used by Chinese partner firms that are among its major suppliers. And IKEA usually relied worldwide on paperwork presented by factories and logging companies themselves rather than independent inspectors. Sofia Beckham, IKEA's forestry co-ordinator, told the Washington Post: 'The falsification of documents is rampant.'

Dahlvig hit back by saying that IKEA has a 'very elaborate' checking system, to 'eradicate' child labour and illegal logging, which included its own specialist auditors and projects with reputable organisations like the World Wildlife Fund and UNICEF, the United Nations body for children.

Despite this, IKEA refuses to sign up to the industry standard international Rugmark which guarantees - free trade products-style - that child labour has not been used in the manufacture of its products. Dahlvig said that signatories to the rug mark, who include big international retailers, were either 'ignorant or naive'.

He explained: 'If you produce rugs in India and countries like this and if you have been there then you will know that many of these rugs are produced in the homes of individuals. So, how can anyone guarantee that at any given time a child is not sitting behind a loom in their homes?'

Sackur asked Dahlvig if that was so why didn't IKEA move its production elsewhere. Dahlvig said, firmly: 'No. I think it would be irresponsible to do that. Just because it is difficult to be somewhere we shouldn't get out of there.'

The respected BBC presenter charged that it wasn't about being difficult. 'You're only there because it is cheap. You're not being altruistic because you want to help people are you?'

This rattled Dahlvig who retorted: 'No. No. Of course (to manufacture in low or no wage countries like India) has a business case. But we also want to be able to change or influence the places where we are.'

He added, tellingly: 'I think all multi-national companies going to developing countries and producing could make a difference from an environmental and social perspective. Because if we are there we can influence and change how people produce and how things get done and through that we speed up the development.'

The multi-billion pound privately-owned Swedish home furnishings firm has become a global shopping phenomenon, selling trendy low cost Scandinavian design in a flat-pack box. Shoppers have to assemble the furniture they buy themselves.

IKEA's rapidly expanded world-wide to more than 250 stores in 35 countries; most of them in Europe, and in the United States, Canada, China, Japan and Australia. There are plans to open another 24 stores around the globe this year. Human rights and environmental campaigners say that IKEA's self-proclaimed ethics are being squeezed in favour of profits.

IKEA has been controversial from its early days. The company's founder Ingvar Kamprad was, as a teenager, directly involved in the pro-Nazi New Swedish Movement (Nysvenska RÃ¶relsen) until at least 1945, causing tensions when the company began opening stores in Israel. Kamprad devotes two chapters to this in his book, Leading By Design: The IKEA Story. When his embarrassing past was exposed, Kamprad wrote a letter in 1994 to IKEA employees, and called his affiliation with the fascist organisation the "greatest mistake of my life".

IKEA's most popular store in Brent Park, London, has frequent traffic jams at weekends. A new store opened in Edmonton, North London at midnight on 10 February 2005. It attracted more than 6,000 visitors because of the huge opening discounts offered on products in the first three opening hours.

This resulted in a number of people being injured as they were crushed in the rush to get into the store. The store was closed after only 30 minutes (because of the large number of customers and inadequate security staff and police). It was re-opened at 5pm on 11 February 2005.

In Saudi Arabia three people were crushed to death in September 2004 when IKEA offered a limited number of free $150 vouchers.

Military accused of cover-up in 'murder for sport' outrage

10 Responses to "IKEA exposed over 'child Labour' and green issues"

We feel a bit bad now that we got our kids beds from Ikea knowing some kid might have made it but considering most other products made in Asia are the same it&#39;s not surprising to hear our furniture was made by kids.

<p>The story of Ikea as the largest furniture and design phenomenon of all times. pocket sprung mattress and other funiture product you can find in the Ikea exhibition...</p>

<p>Would this news stop me as a possible customer from buying IKEA furniture? Probably yes, if I knew for sure all these things are for real. IKEA should research all of its international divisions for the truth and fix things immediately.</p>

<p>It's a big insight that the furniture giant IKEA has made the astonishing admission that some of its suppliers in the developing world use exploitative child labour.</p>

<p>A new store opened in Edmonton, North London at midnight on 10 February 2005. It attracted more than 6,000 visitors because of the huge opening discounts offered on products in the first three opening hours.</p><p><a href="http://www.stockcoupon.com/"></a></p>

<p>Yeah, the problem must be fixed soon. I never thought that IKEA using kid as labour.</p><p><a href="http://www.cooking-class-authentic-tuscany.com"></a></p>

<p>It's great to know that the worlds leading furniture company IKEA is exposed over "Child labour" and greeen issues. More such programmes are expected from this organization.</p><p>&nbsp;</p>

<p>But Dahlvig said IKEA was not being hypocritical with the slogan that its products had a 'low price but not at any price'. The company website asserts that all products must be manufactured in a responsible manner with as little effect on the environment as possible.</p><p><a href="http://www.ranksurge.com"> </a></p>