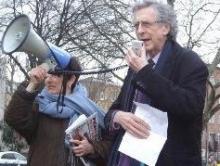 Like many others, I face a real dilemma. I’ve known Jeremy Corbyn for more than 30 years and love nearly everything he stands for. Yet there are a few important issues on which I profoundly disagree with him. Does this mean he should no longer have my support?

Jeremy is not a saint. He’s never claimed to be. Even the best, most admirable politicians usually get some things wrong. Jeremy is no exception. On a majority of UK and foreign policy issues he’s spot on, with real vision and an inspiring alternative. On a small number of issues he has made lamentable misjudgements. Despite these shortcomings, I’m backing his bid for the Labour leadership. Here’s why:

I look at the big picture and judge politicians on their overall record. What are their ideals, motives and aims? What kind of society are they striving for? How would their policies impact on the average person? On all these assessment criteria, Jeremy is on the right side and is the most progressive candidate on nearly every issue.

He has strong, unique policies for social justice and equality - to secure a kinder, gentler, fairer and more inclusive, harmonious Britain. I am with him in opposing austerity. So is much of the country - including the Greens, SNP and Plaid Cymru, with whom I hope Jeremy and Labour will make common cause in a quadruple alliance.

Jeremy’s plan to invest in infrastructure to reboot the economy is backed by 41 economists, including a former advisor to the Bank of England. His strategy echoes FDR’s New Deal and proposals from the International Monetary Fund.

A Corbyn premiership would re 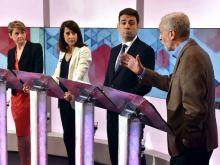 verse damaging, cruel welfare cuts and the privatisation of vital public services. He’d tackle climate destruction and rocketing rents and house prices. Trident renewal, foreign wars and the sinister Transatlantic Trade & Investment Partnership would be nixed. His administration would bring rail and energy companies back into a new, decentralised form of public ownership. These are sensible, compassionate policies. Good for him.

In my book, he is head and shoulders above all the other Labour leadership candidates, both in terms of his past political record and his political agenda for the future.

But the single most important over-arching reason for supporting Jeremy is that Britain needs to turn away from the flawed and failed policies of business as usual. He is shaking up the Establishment and breaking with the cosy political consensus that has been shared by Labour, Conservatives, Lib Dems and UKIP. The mainstream, middle-of-the-road policies of the last decade are not the answer. All they offer is more of the same, which is what got us into the current mess.

Jeremy is thinking beyond what is. He’s imagining what could be. It’s a much needed political rethink, which leaves his rivals lagging far behind.

Now that he has a serious chance of winning the Labour leadership, Jeremy has faced a barrage of accusations over his contacts with anti-Semites, Holocaust deniers and Islamist extremists.

This puts me in a very difficult position, given my advocacy for human rights. At what point do links with bad people put a politician beyond the pale? How many flawed judgements does it take to cancel out all the good that a MP might have done and espoused?

Some of the accusations against Jeremy are exaggerations and distortions. Others involve McCarthyite smears of guilt by association. Jeremy has made reassuring noises and given plausible explanations for several of the allegations. 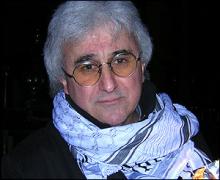 He says, for example, he was not aware of the Holocaust revisionist views of Paul Eisen when he attended meetings of his Deir Yassin Remembered organisation. I can believe that. Some extremists hide their views and politicians sometimes lend their support to what they genuinely believe to be legitimate campaign groups.

On the basis that Jeremy has his heart in the right place and that he is not an Islamist, Holocaust denier or anti-Semite, I’ll give him the benefit of the doubt.

Nevertheless, it is true that he has been often careless in not checking out who he shares platforms with and has been too willing to associate uncritically with the Islamist far right.

While I’m certain that Jeremy doesn’t share their extremist views, he does need to explain in more detail why he has attended and spoken at meetings alongside some pretty unsavoury bigots who advocate human rights abuses - and especially why he did so without publicly criticising their totalitarian politics.

Jeremy supported, for example, the visit to parliament of Sheikh Raed Saleh, who has reportedly slurred Jews as “monkeys” and repeated the anti-Semitic “blood libel” which claims that Jews used the blood of gentile children to make their bread. He called Saleh “a very honoured citizen who represents his people extremely well.” What? Just because Saleh opposes the Israeli occupation and supports Palestinian self-determination does not make him a good person deserving such praise.

While Jeremy is right to dialogue with Hamas and Hezbollah as part of a peace initiative, as Tony Blair and the Israeli government have done, he was wrong to call them “friends”. These are Islamist political parties with poor human rights records that are not consistent with humanitarian - let alone left-wing - values.

Jeremy says he doesn’t agree with their views but I have not been able find any instance, until very recently, where he has publicly criticised either Hezbollah or Hamas, both of which are guilty (alongside Israel) of war crimes and the abuse of their own citizens. 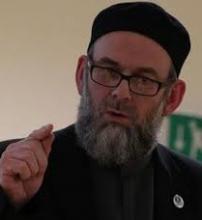 Jeremy was also wrong to call the Islamist extremist Ibrahim Hewitt “my very good friend” and to share platforms with him, given that Hewitt allegedly supports the death penalty for apostates, blasphemers, adulterers and LGBT people.

I don’t buy the excuse that Jeremy’s use of the term “friends” was “diplomatic” language to win over extremists and encourage dialogue. He would rightly not accept a similar explanation by a MP who used those words about, and shared a platform with, the BNP, EDL or European fascist parties.

Islamists are a religious version of the far right. They want a clerical dictatorship, without democracy and human rights. They do not merit friendship, praise or uncritical association of any kind.

Jeremy has also made misjudgements on Russia, Ukraine, Syria and Iran. He says he wants dialogue and negotiations, not war. I agree. But this should not include collusion - even if unintentional - with human rights abusing regimes.

Jeremy condemning Putin’s oligarchs, show trials and tamed media and judiciary. Where is his solidarity with democracy and human rights campaigners, beleaguered civil society organisations and harassed journalists, LGBT advocates and left-wing activists? I’m sure he opposes all these abuses but he rarely says so publicly.

Halya Coynash of the Kharkiv Human Rights Protection Group is one of the most respected human rights figures in Ukraine. Fearless in tackling all abusers from all sides, she says some of Jeremy’s views on Russia and Ukraine echo Putin’s propaganda.

Other rights campaigners have confirmed that the dominance of pro-Russian factions in Crimea, Donetsk and Luhansk has led to increased persecution of ethnic, religious and sexual minorities. Jeremy has not spoken out clearly enough against these abuses by Russia and its local allies. 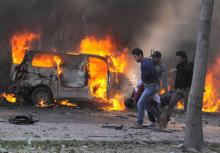 On Syria, Jeremy seems to have no policies, apart from “Don’t Bomb Syria.” I concur. We don’t want escalation and war. But surely 250,000 dead, 1.5 million wounded and 10 million refugees merits some action? Total inaction aids the survival of Assad and ISIS.

A good start might be a UN General Assembly authorised no-fly-zone, arms embargo, peacekeepers and civilian safe havens - plus cutting funding to the ISIS and Assad armies by a UN blockade of oil sales. Such measures - enforced by non-western states such as Argentina, India, Brazil, Nigeria and South Africa - would help deescalate the conflict and reduce casualties. Jeremy’s wariness of intervention is understandable. I share it. But surely a UN mandate designed to limit war fighting is reasonable and legitimate for a left-wing candidate?

Like Jeremy, I don’t want war with Iran. I opposed the indiscriminate, blanket Western sanctions that hurt ordinary Iranians. But I’ve struggled to find examples of where he has spoken out against Iran’s mass jailing and torture of trade unionists, students, journalists, lawyers, feminists, human rights defenders and sexual, religious and ethnic minorities (such as the Arabs, Kurds, Azeris and Baluchs). Why the silence? He often and loudly criticises Saudi Arabia. Why not Iran? 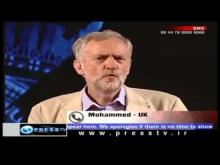 It is very distressing to see Jeremy appear on the Iranian regime’s propaganda channel Press TV; especially after it defamed peaceful protesters and covered up state violence at the time of the rigged presidential elections in 2009. Moreover, how can Jeremy (and George Galloway) appear on Press TV, despite it broadcasting forced confessions by democrats and human rights defenders who’ve been tortured into admitting false charges and who are later executed?

Based on these serious lapses, Jeremy’s critics say his foreign policies make him unfit to be Labour leader and Prime Minister. I understand some of their reservations but they ignore all the international issues where Jeremy has a superb record, including support for serious action against global poverty and the arms trade, and his opposition to the Saudi Arabian and Bahraini dictatorships (two tyrannies that most other MPs ignore and which Tony Blair, Gordon Brown and David Cameron have actively colluded with).

Moreover, Jeremy’s been a long-time champion of the dispossessed Chagos Islanders, Kurds, Palestinians and Western Sahrawis. Few other MPs have shown similar concern about the fate of most of these peoples.

That’s one of many reasons why, despite misgivings about some of Jeremy’s policies and associations, I support his bid to be Labour leader. Taking into account his overall agenda, on balance he’s the best contender. I am confident that he will respond to fair criticism and reconsider some of his past associations. And I’m certain that if he became Prime Minister he’d adopt a somewhat different stance. Already he’s modified his position on NATO and the EU, from withdrawal to reform.

Some of Jeremy’s supporters may accuse me of betrayal and of aligning myself with his right-wing critics. Not so. My criticisms are rooted in a leftist, human rights politics that is democratic, secular and internationalist.

Support for Jeremy does not require suspension of our critical faculties and a knee-jerk unthinking allegiance. As he himself has often said, it is a citizen’s responsibility to hold politicians to account - including those we support. Nobody is entitled to a free pass - not Jeremy, me or anyone.

* Peter Tatchell is Britain's most celebrated human rights campaigner. He spoke at the launch in parliament of The-Latest's sister charity, the Citizen Journalism Educational Trust.