Indians say 'we've never had it so bad' 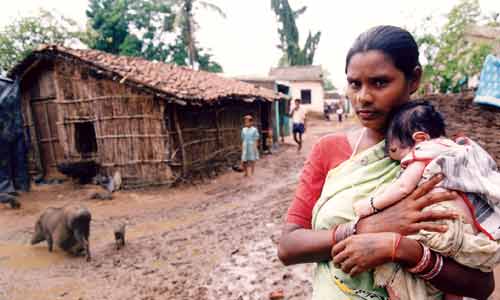 A new survey by the Gallup polling organisation has reported that Indians have become much more unhappy about their lives in the past four years despite having one of the world’s fastest rates of economic growth.

The deterioration appears driven partly by the expectation, created by politicians and the media, that India’s boom would dramatically improve its citizens’ standard of living.

When many Indians realised that the boom was not significantly benefiting them, their sense of well-being and optimism about the future seemed to collapse.

“It is very dangerous to create expectations and not meet them,” said Rajesh Srinivasan, Gallup’s regional research director for Asia and the Middle East.

The number of Indians who rated their lives poorly enough to be considered “suffering” rose this year to 31 percent, equivalent to 240 million people, a dramatic rise from just 7 percent in 2008, Gallup’s surveys showed.

It is also significantly higher than the global average of 13 percent in the Washington-based polling organisation’s 2011 survey of 150 countries.

Gallup classifies respondents as “thriving,” “struggling” or “suffering” according to how they rate their current and future lives. While 74 percent of Danes said they were “thriving,” the highest percentage anywhere in the world, just 13 percent of Indians said the same thing. The global average is 24 percent.

India’s self-image has taken a battering in the past few years. Corruption scandals dominate the headlines on a daily basis, the government seems paralysed and unable to take even simple steps to reform the economy, and growth has been slowing. 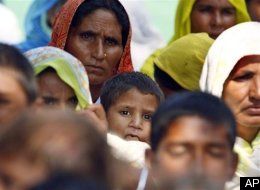 The sense that the 21st century belonged to India has begun to evaporate, replaced by a deepening sense of malaise. Business confidence and investment have also declined.

Massive government welfare and rural employment programmes have helped drive down poverty levels, the Gallup survey found. The share of people saying they did not have enough money for food dropped to 13 percent in 2012 from 35 percent in 2006.

But high levels of inflation have helped depress Indians’ sense of financial well-being. Stress levels have risen, and the number of people who can count on social support and help has fallen. The percentage of those saying they had smiled or laughed the previous day fell to 52 percent in 2012 from 62 percent in 2006.

Even more worrying was that levels of well-being and optimism were no higher among 15- to 24-year-olds, at a time when India is hoping to reap a “demographic dividend” in the form of faster economic growth as a result of a bulge in its population of young people. Just 15 percent of people in that age group said they were “thriving” in 2012, scarcely better than the average for the country as a whole.

“In most countries, 15- to 24-year-olds are the most optimistic,” said Srinivasan. “It is very, very depressing to see those numbers are so low.”

The findings also raise the possibility of the sort of social unrest that struck Los Angeles 20 years ago after police officers were filmed beating Rodney King, or the sort of upheavals that struck Tunisia and Egypt last year, said Jim Clifton, Gallup’s chairman and chief executive officer. “All you need is a matchstick event,” he said.

Srinivasan agreed that India’s failure to meet the aspirations of its young people through better education and good jobs could mean more youths “looking for trouble,” and he said similar levels of perceived suffering had led to “transformation revolutions” in other countries.

“But I wouldn’t forecast something like that for India,” he said, arguing that freedom of expression here helps to defuse tensions.

While Gallup’s findings refer to individual Indians’ sense of personal well-being, the results are mirrored by a distinct deterioration in the national mood here in the past few years, as well as a decline in the optimism that powered the Indian story.

In recent weeks, the country’s self-image has continued to take more body blows, with accusations of corruption in the armed forces, one of India’s most respected institutions, and allegations that the president has abused her power.

The ratings agency Standard and Poor’s cut its outlook for India to negative and warned of a possible downgrade in the country’s debt rating as a result of high levels of government borrowing and “the current political gridlock.”

In it, he argues that the hype around the so-called BRIC economies of Brazil, Russia, India and China is overblown, and he warns that India should not take its economic “destiny” for granted.

Even some of the most enthusiastic drumbeaters for India, including public relations consultant Suhel Seth, have changed their tunes in recent years. They have warned that “Brand India” has taken a beating because of “self-serving” politicians and bureaucrats.

“The India story is downhill and needs surgery, not beating about the bush as we are wont to do,” Seth wrote this week.