Israel's atrocities against Palestinians detailed in new US report

In its 2015 Country Report on Human Rights Practices for Israel and the occupied Palestinian territories, the US Bureau of Democracy, Human Rights and Labour acknowledges the “institutional and societal discrimination against Arab citizens of Israel.”

The US also confirms that Israeli government forces are responsible for unlawful killings and the use of excessive force and torture against Palestinians.

In the occupied territories, the State Department reports on Israel’s “abuse of Palestinian detainees, including children, particularly during arrest and interrogation; austere and overcrowded detention facilities; improper security detention procedures; demolition and confiscation of Palestinian property; limitations on freedom of expression, assembly and association; and severe restrictions on Palestinians’ internal and external freedom of movement.”

The report documents Israel’s violent repression of Palestinian journalists and peaceful activists. It also addresses the hundreds of attacks on Palestinian civilians each year by extremist Israeli settlers, who are guaranteed almost complete impunity.

The 124-page report is divided into multiple parts, distinguishing Palestinian citizens of Israel from Palestinians living under illegal military control in the occupied territories.

The following is a detailed summary of the lengthy report’s key findings, organised according to the type of human rights violation.

The US State Department report documents “excessive use of force by Israeli Security Forces in a number of their interactions with Palestinian civilians, and arbitrary arrest and associated torture and abuse, often with impunity.”

In 2015, Israeli forces killed 149 Palestinians, roughly half (72) of whom were not attempting to attack Israelis.

Some of those killed or injured were children. The report cites an example in March 2015, in which an 11-year-old Palestinian boy was shot in the stomach during a weekly protest. 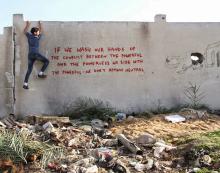 “The continued frequent use of live ammunition [is] a serious concern,” it states, adding that there “were numerous reports of [Israeli forces] killing Palestinians during riots, demonstrations, at checkpoints, and during routine

operations; in some cases they did not pose a threat to life.”

The report furthermore documents Israel’s “disproportionate force and indiscriminate fire” in its summer 2014 war in Gaza, “resulting in unnecessary and excessive civilian casualties.”

Citing human rights reports, the State Department recognises the Israeli military’s “heavy and unpredictable bombardments of civilian neighbourhoods in a manner that failed to discriminate between legitimate targets and protected populations and caused widespread destruction of homes and civilian property.”

Children paid a large toll in the war. 535 Palestinian children were killed by Israeli attacks in Gaza, nearly 68 percent of whom were 12 years old or younger, the report notes.

“Arab citizens, many of whom self-identify as Palestinian, faced institutional and societal discrimination” in Israel, the US State Department acknowledges.

Israeli security forces and citizens racially profile Arab citizens and carry out revenge attacks against Arabs, the report notes. Numerous examples are cited, such as an October incident in which four Arabs in the Israeli town of Dimona were stabbed by an Israeli man who told police he did it because “all Arabs are terrorists.”

These attacks affect Arab citizens of all religions, not just Muslims. Citizens of the Druze religion, for example, have been attacked by Israelis for speaking Arabic.

Approximately 12.5 percent of Israeli land is owned by the NGO the Jewish National Fund, or JNF, which bans sale or lease of land to non-Jews. The NGO the Israel Land Fund, which calls it a “danger” for non-Jews to own land in Israel, buys Arab land and then sells it to Jewish immigrants.

More than 150,000 children in the country lack citizenship and thus full legal rights, not including children of refugees and migrants, the report notes. Among these are children of mixed marriages, especially those between Arab citizens of Israel and Palestinian residents of the occupied territories.

The report also details instances of Israeli businesses such as the Cafe Cafe chain of coffee shops which have refused to employ Arabs.

Arab citizens of Israel who

work at municipal school systems as maintenance, janitorial and construction workers have also been told “to be absent from school premises when students were present, citing pressure from parents.”

P alestinians are not the only group that faces discrimination in Israel, however. The US indicates that there is also institutional discrimination against intermarried families, refugees, foreign workers an

The country’s estimated 135,500 Ethiopian Jews face systemic discrimination, the report notes, as do Sephardi or Mizrahi Jews, those of Middle Eastern heritage.

Moreover, the State Department acknowledges that some foreign workers in Israel, particularly those who work in agriculture and construction, endure “conditions of forced labour, including the unlawful withholding of passports, restrictions on freedom of movement, limited ability to change or otherwise choose employers, nonpayment of wages, exceedingly long working hours, threats, sexual assault, and physical intimidation.”

“Throughout the year there were reports Israeli security forces in East Jerusalem and in the West Bank arbitrarily arrested and detained numerous Palestinian protesters and activists, particularly those participating in demonstrations against the separation barrier or against killings of Palestinians,” the report notes.

*Ben Norton  is a plitics staff writer for Salon.com. 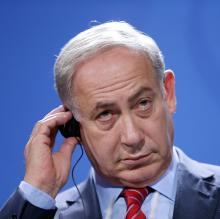 Palestinians can be arbitrarily arrested without charge or trial and do not have access to a lawyer until after interrogation, a process that could last weeks. They are denied visits by family, medical professionals and more. 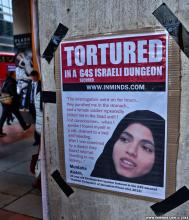 Some Palestinians are arrested in IDF raids of Palestinian homes, which typically take place at night.

There are roughly 7,000 Palestinians in Israeli prisons, roughly 6,000 of whom are Palestinian security prisoners or detainees from the occupied territories, including more than 400 children.

“These prisoners often faced harsher conditions than those of the general [Israeli] prison population,” the report says.

The “‘physical interrogation methods permitted by Israeli law and used by Israeli security personnel could amount to torture,” the State Department acknowledges, although Israeli officials denies this. Physical methods include beatings, forcing an individual to hold a stress position for long periods and painful pressure from shackles or restraints.

Forms of psychological abuse exist too, including solitary confinement, sleep deprivation and threats to family members and their homes.

Authorities also use poor conditions and inadequate access to medical care as an interrogation or intimidation method, the report notes. 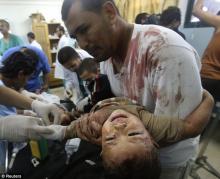 Citing a U.N. Children’s Fund report, the US acknowledges “mistreatment of Palestinian children in the Israeli military detention system appears to be widespread, systematic, and institutionalised.”

Israeli authorities use confessions that Palestinian children were forced to sign in Hebrew, which most of them are unable to read, as evidence against them in military courts, the State Department also acknowledges.

In some cases, Palestinians go on hunger strike for months at a time in protest of their arbitrary detention without charge or trial, causing permanent brain damage.

The State Department also mentions Israel’s “anti-infiltrator” laws, which impose long-term detention on refugees and migrants, primarily those of African descent, who enter the country illegally.