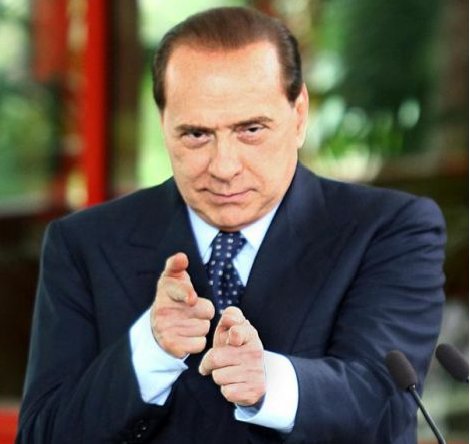 Anger is mounting in Italy against a proposed legge bavaglio (gag law) on phone taps, which would criminalise journalists found guilty of publishing the contents of phone taps, landing them with huge fines and harsh prison terms. A demonstration will also be held in front of the BBC headquarters in London on Saturday.

As the draft law bounces to and fro between the parliament and the senate, representatives from journalists’ unions, the National Federation of the Press (FNSI) and all of Italy’s national newspapers - even those close to prime minister Silvio Berlusconi - gathered in Rome to plan a common strategy to fight against the proposals.

At the end of the six hour meeting they issued a common statement that claimed the law would “violate the fundamental right of the citizens to knowledge and information”. The statement points out that the draft law would prevent the media and bloggers from reporting on official investigations until a preliminary hearing takes place - a process that can take up to 10 years for some crimes in Italy. The statement claimed the the laws would prevent the media from fulfilling a basic democratic function.

The scale of the opposition to these laws is unprecedented. All of Italy’s main newspapers have come out against it and in the past two days key Tv news programmes, including those on Berlusconi’s Mediaset and even TG1 - the pro-government national Tv news programme headed by editor Augusto Minzolini- have criticised the proposals. The president of the senate, Renato Schifani was forced to publicly reassure the head of the FNSI that the changes were not written in stone.

International media coverage was briefly given to the effects of the draft law on the legal system- the bill will also severely restrict police use of wiretaps - when Lanny Breuer, US assistant attorney general, voiced his concerns about the bill. Lawyers and judges have rallied behind their institutional representatives, and Antonio Ingroia, the famous anti-mafia attorney of the Palermo tribunal, has accused the government of “striking a lethal blow to inquiries on corruption, organised crime and its political collusion”. The judiciary is especially worried by the 75 days limit as the maximum allowed for wiretaps of suspected phones. EM Letizia, head of a national police association, pointed out that “many phones used for illicit transactions are used only once or twice a month, and for a very short time, making it impossible for us to work with such restrictive time conditions”.

In fact these new limits would have prevented some of the biggest trials and arrests of criminal organisations affiliates of the recent years, for even though crimes proved to be directly mafia-related would be exempt, secondary crimes such as corruption  and money-laundering would be affected. The draft law also specifies the creation of a new organisation set to give authorisations for wiretaps, thus increasing the bureaucracy and reducing the efficiency of the system.

Such concerns should not be underestimated. Hackers this week attacked free speech campaigners Articolo21’s website for the second time in a month, erasing from the server a number of articles on mafia crimes by the director of Mafia watchdog Libera Informazione and more than 220,000 people have signed a petition against the la. The repubblica website has received the pictures of tens of thousands of people showing their anger in a new form of protest.

The joint statement agreed by media representatives adds that whatever happens the press “will go on… in spite of fines and arrests”, and responds to Berlusconi’s repeated warnings against any changes in the proposed text by asking everyone to engage ” in stopping this law … for information and democracy in Italy do not tolerate any limitations “.

*Giulio D’Eramo writes for Index on Censorship and Red Pepper.