It's nothing to laugh about, Comrade Ken 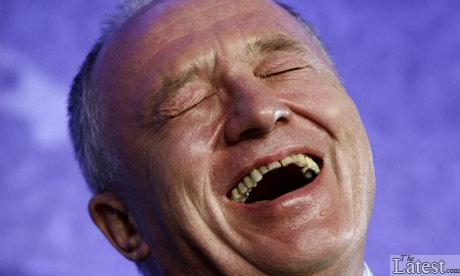 As a former friend, I am writing to say farewell comrade. You put up a spirited fight to win a third term as Mayor of London, but I could tell you were tired and your heart wasn't really in it this time. Ironically, you faced a political opponent more maverick and populist than you - and a lot younger.

It was a similar scenario to the battle to become Democratic contender for US President between Hillary Clinton and Barack Obama. And mop-haired Boris Johnson cleverly appropriated the charismatic US Senator Obama's theme of the need for 'change' at the top to make your City Hall administration look corrupt and past its sell by date.

Of course, your trademark cheeky chappie quip was a joke. But it belied the fact that, despite your public championing of minority ethnic, women, gay and other politically correct causes, your killer instinct gets the better of you and you have never let anyone or any party, including your own, stand in the way of your political ambitions.

Before it became policy, you told me you didn't agree with a Mayor for the capital. You just wanted back your old Greater London Council, which prime minister Margaret Thatcher abolished to get rid of you. In truth, you craved being leader of the Labour Party and then prime minister. But you are not a natural team player and never cut it as a loyal Labour MP, and now you'll never make it to Downing Street.

You'll complain that the unrelenting onslaught against you by London's monopoly Evening Standard, led by its dogged investigative reporter, Andrew Gilligan, handed Boris Johnson an unfair advantage. But you gifted the paper by refusing to fully rebut their sleaze allegations which were meticulously researched and well-sourced. I hope Gilligan sticks to his word and puts Boris Johnson under the same scrutiny 'from day one'.

After eight years as Mayor, Londoners began to see through your music hall act as the man of the people and realised that really you were self serving. Some would say drunk on power and not averse to a stiff drink on your watch which got you into trouble throwing your partner's mate down some stairs at a party and insulting a Jewish reporter who dared to ask some challenging questions of you.

But, in my opinion, it was hubris that was your undoing the same as with other seemingly indestructibles like Margaret Thatcher and Tony Blair. You too arrogantly thought you would 'go on and on', but the voters saw it differently. They didn't like your City Hall cronyism and sleaze on a par with the discredited Mayor Daley of 'mafia town' Chicago (I know you are a big fan of Mario Puzo's The Godfather, by the way). 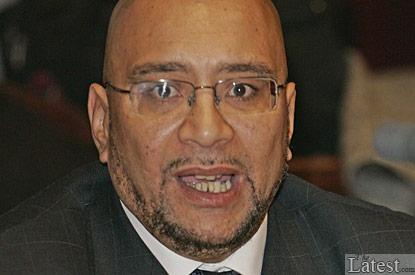 You might have accused Boris Johnson of racism, after your staff dredged up ill-judged stuff he'd written as a journalist six years ago. But, with your own water melon smile, you treated Black people like piccaninnies when you patronised us by appointing dodgy Lee Jasper, on a fat salary, to dish out hundreds of thousands of pounds of taxpayers money to his mates in questionable 'community groups'.

And how could we trust you as boss of the Met Police when you and Jasper backed Commissioner Ian Blair when his bungling officers pumped the innocent citizen Jean Charles de Menezes full of dum dum bullets, after mistaking him for a terrorist? No one has therefore properly been held account for the killing. Is that why the Met said there was no case to answer when, after you were forced to sack Jasper, you handed them a dossier about his dealings to investigate?

Towards the end, you lost your previously unrivalled skills as a political operator and alienated progressive supporters and added them to the ranks of your right-wing foes. My friend, Shahid, could not understand why you put your re-election at risk by inviting to London as your guest a wacky, unrepresentative Muslim scholar who hates non-believers and gays. Shahid, like every other Londoner, is more concerned about the threat posed to him by knife and gun crime than gesture politics aimed at cynically winning over his community.

Now you'll have more time to tend to your wilderness garden, newts, salamanders and other reptiles you proudly showed me at your home. And perhaps reflect on those people, once your loyal allies, whom you attempted to ruthlessly crush when they dared disagree with you, like me and others in the Anti-Racist Alliance all those years ago. Newts might have short memories but elephants don't.

1 Response to "It's nothing to laugh about, Comrade Ken"

<p><strong><u>Chris Gaynor</u></strong></p><p>Is there life after London for embattled Ken Livingstone?</p><p>Perhaps the after dinner chat circuit will beckon for the socialist former Mayor?</p><p>Or how about a role on the global stage like the former PM Blair?</p><p>The world is Ken Livingstone&#39;s oyster now he has left the post.</p><p>And I&#39;m sure the Evening Standard will not let the corruption charges go away - I&#39;m sure there will be a few skeletons coming out of the closet when the excitement of Boris&#39;s win filters out!</p><p>&nbsp;</p>