'I've done it my way' says president of Brazil

When talking to people in England about Brazil, the conversation nearly always  turns to the country’s president Luiz Inácio Lula da Silva, or simply Lula as he is popularly known.

I am always amazed at how well people talk about him compared to when his predecessor Fernando Henrique Cardoso was governing, considering that the latter laid the foundations from which Lula greatly benefitted. The good image and reputation Lula holds around the world is remarkable. He has increased Brazil’s standing while he himself has emerged as a well regarded international figure.

As Lula’s eight year presidency comes to an end in October this year, I wonder, can he get away with the image he has presented to Brazil and to the rest of the world?

The first decade of the 21st century, which was built on political democracy and the reduction of inequality, has been, according to sections of media in Brazil, the best one since 1970.

Lula was governing during the majority of this period. In his government, for the first time in Brazil’s history, the country went from borrower to one that now lends to the International Monetary Fund. In fact, in June, Brazil offered the IMF $10 billion to help international global financial institutions and other national economies in crisis.

Brazilian currency has valued as never before against the American dollar. One US Dollar is now exchanged for 1.75 Brazilian Real which is twice as valuable compared to the 3.54 BR$/US$ rate in the beginning of Lula’s government on January 2003. 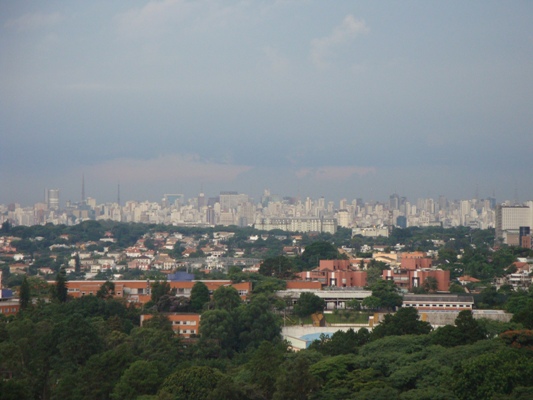 The South American giant achieved investment grade; foreign reserves are bigger than ever and interest rates impressively lowered at 8.75% from 25.00%. Most recently, it is interesting to note that Brazil was last in the global financial recession and the first out of it.

It’s quite incredible that all these developments happened under the leadership of a man who quit school after the fourth grade, shined shoes as a child, worked in factories while a teenager and became an agitated union leader of the leftist Workers Party.

After three persistent attempts to become president of Brazil, Lula was finally elected in October 2002, but only after smartly reassuring the country that he would trust experts to take care of and hold on to Cardoso's key economic policies and respect market rules. How did he achieve those results and recognition?

On the one hand, everything seems to have gone right for the president. Cardoso left him a stable economy and political environment from which Lula capitalised, with the head winds of the favourable rise in price and global demand for Brazilian commodities. This paved the way for Lula, who simply continued with policies that were working out well (this has not been usual in government handovers in Brazil) while placing stronger emphasis on social oriented changes and inclusion of the poor.

The recession presented the justification the government needed to increase public sector spending. Brazil was elected to host the 2014 world soccer cup and Rio was the first South American city elected to host the Olympics scheduled for 2016. The G20 summit was created, giving Lula a further opportunity to be on the political world stage.

In the meantime, Lula’s opposition was apathetic in counter balancing and challenging the government's various deviances, including important corruption cases which involved many other political parties too.

However, the combination of social policies targeted to the less favoured, has apparently improved the country’s social conditions. Lula set off the ‘Bolsa Família’- a small monthly ‘family grant’ helping needy Brazilian families. He also raised the minimum wage from 350reais (£121) to 510reais (£177) and improved pensions in a way that no previous government had done before. 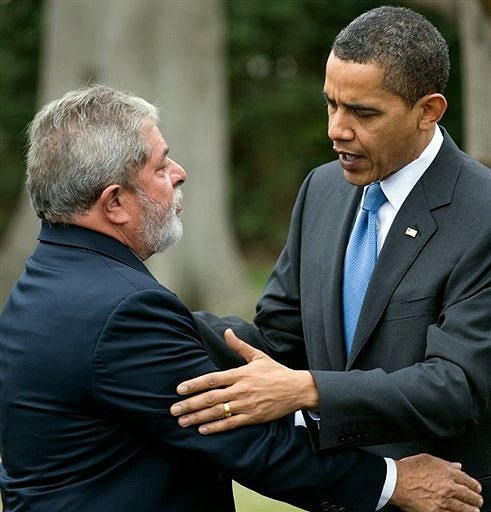 With a combination of predecessor's inheritance, sheer luck, social policies and enthusiastic political instinct, Lula’s popularity has been kept at record high levels throughout his 8 year rule. American president Barack Obama referred to Lula as "The Man" saying too "I love this guy. He's the most popular politician on earth.”

French newspaper Le Monde named Lula “man of the year” in 2009 and a movie about his life has just been released in Brazil. Exceptional for a man whose speech is filled with grammatical errors and who openly admits, “I don’t like to read and prefer to watch TV”. But it’s with his charisma, his down to earth attitude, and his high emotional intelligence, that he has been able to win the continued support of Brazilians.

Nonetheless, his government was not entirely righteous. Besides widespread corruption cases which involved his Workers Party substantially, but from which Lula amazingly escaped intact, the president practiced nepotism and placed an enormous number of his people to work in the government unlike his predecessor.

He has also failed to do a good enough job with the educational system and has not invested sufficiently in Brazil’s infrastructure, reflected, for example, in an incredible country-wide 3 hour blackout in November last year.

He has tried to rush through a federal programme to deal with these issues, assigning it to his protégé Ms Dilma Rousseff, his Chief of Staff who he is sponsoring to succeed him.

While Lula's image has been and still is the focus of media attention, there is still so much to be done, in essence, to fix and improve Brazil. All I have to do is look from my car's dark bullet-proof window on to the roads of Sao Paulo to see it and feel it.

The gap between the rich and poor is still powerfully evident, and even more so, if comparing the rich south with the poorer north of the country.

The consensus reported in the Brazilian press, is that in the next decade, Brazil will need modernisation of public management, investment in education, improvement to its infrastructure, a revolution in the governing of big metropolitan areas, solidification of democracy and professionalisation of its institutions.

The last decade should be commemorated but Brazil must not content itself with what it has already achieved. Currently, Lula seems to be willing to turn his legacy and popularity into votes for Rouseff, whom the country does not seem to be particularly fond of. Whoever follows, will have to go beyond Lula's charisma and address key concerns that are fundamental to the long-term success of the country.

'Why are Americans so scared of Syrian refugees?'