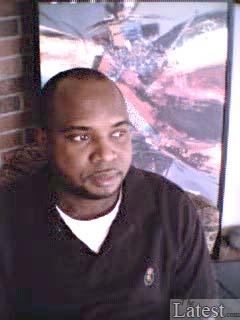 Nigerian blogger, Jonathan Elendu was arrested by the Nigerian State Security Service and questioned for "sponsoring a guerilla news agency". The SSS is notorious for clamping down on dissenters.   Elendu was detained after his arrival from the US where he is based.   His writings are said to have generated  'national security issues'

Elendu blogs at Elendu Reports which focuses on federal corruption and gives updates on public officials in court and the progress of their trials. He was held for 24 hours before he was interrogated, with a spokesman for the SSS undertaking that the  'rule of law' would be followed.

According to Nigeria's Human Rights Writers Association (HURIWA), Elendu, who has been in custody for 11 days, has been "tortured to either disclose the sources of the several embarrassing news reports on prominent political leaders in Nigeria" and is on a hunger strike because he is afraid that he will be poisoned in jail. HURIWA's National Coordinator, Mr. Onwubike added that Elendu "'was also being reportedly pressured into framing up some others."

Onwubike said: "As a human rights body, HURIWA condemns the SSS resort to torture (physical and psychological) to extract information from Mr. Jonathan Elendu. It is unimaginable that the SSS would resort to Stone Age methods of extracting information in a brazen breach of the fundamental human rights of Mr. Jonathan Elendu in an administration that has made respect for the rule of law its mantra ... equally condemnable is the reported transfer of Elendu from the custody of the SSS to that of the Economic and Financial Crimes Commission (EFCC) for possible arraignment for money laundering, since SSS appears to have come to the end of the road."

"If true, this calls into question the competence of the SSS as an intelligence and security organisation."

A Facebook group has been formed calling for Elendu's immediate release by the Nigerian authorities.