Jeremy Corbyn’s 'cyber-youth' made him a winner 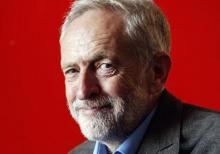 A seriously motivated “selectorate” of youth and worker-based pressure groups in the UK went digital and radical to propel Jeremy Corbyn into the Labour Party leadership. Their strategy and tactics, and above all their tech-savvy energies, worked.

Modern party politics had turned them off.

“We have to and must change that. The fightback gathers speed and gathers pace”, said their new leader.

Result: They gave Corbyn the majority of 422,871 votes in the largest ever online ballot in the UK.

Nevertheless, with their unexpected strengths come predictable weaknesses. Here are some thoughts on how the fledglings can flex their cyber-muscles.

First, they must frame, canvas and project the views of voters and influence policy and decision-making. This means formulating a veritable cyber-warriors manual.

Second, to succeed, digital activists must unchain the disillusioned electorate so they can build badly needed social capital.

Fourth, activists must network to build understanding and inspire unity with marginal voters and communities. They must accept that a relentless battle for race equality is fundamental to Labour’s future success.

Fifth, Jeremy Corbyn’s cyber-troops have a historic role. They can send the message viral: “Civic participation is what we want, and policies for equality and community renewal are what we demand!”

In this regard, continued success must include rallying like-minded African Caribbeans and Asian, minority ethnics, faith and rights groups - the proven front-runners in the emerging “participatory politics” movement.

*Thomas L Blair is an award-winning journalist, author and sociologist. He writes features for The-Latest and is well-known for his webloghttps.chronicleworld.wordpress.com

With degrees from USA and British universities, his e-books, May 2015 Digital generation shaping “people politics” and The Audacity of Cyberspace, are basic texts on community-based digital action. Further titles are available at his website Editions Blair .