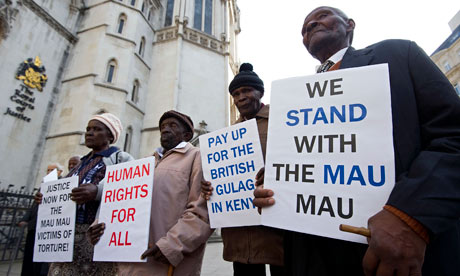 Chances are that the roses you bought for your loved one on Valentine’s Day were from Kenya. Or, the Starbucks coffee you had this morning came from the same East African country.

This week we were reminded of another less lovely connection: Kenya’s brutal experience at the hands of British colonialism. Four elderly Kenyans, who claim they were variously whipped, beaten, sexually abused and castrated while imprisoned under UK rule in the 1950s and 1960s, have brought their claims for compensation to the high court in London.

My grandfather, Samuel Thuku Karanja, was a Kenyan freedom fighter during the anti-colonial movement. At the time, he lived in Kiambu, a city outside Nairobi.  He was a daring spy disclosing to his comrades information about the whereabouts of the colonialists and home guards (their Kenyan collaborators).

A member of the famed Mau Mau, he later told us he was involved in missions in Kiambu, Lari and Aberdare Forest, just to name a few. He took an oath and vowed to sacrifice his life if necessary to get rid of the British. His loyalty was tested once when he was suspected of being an informant and beaten almost to death by collaborators. 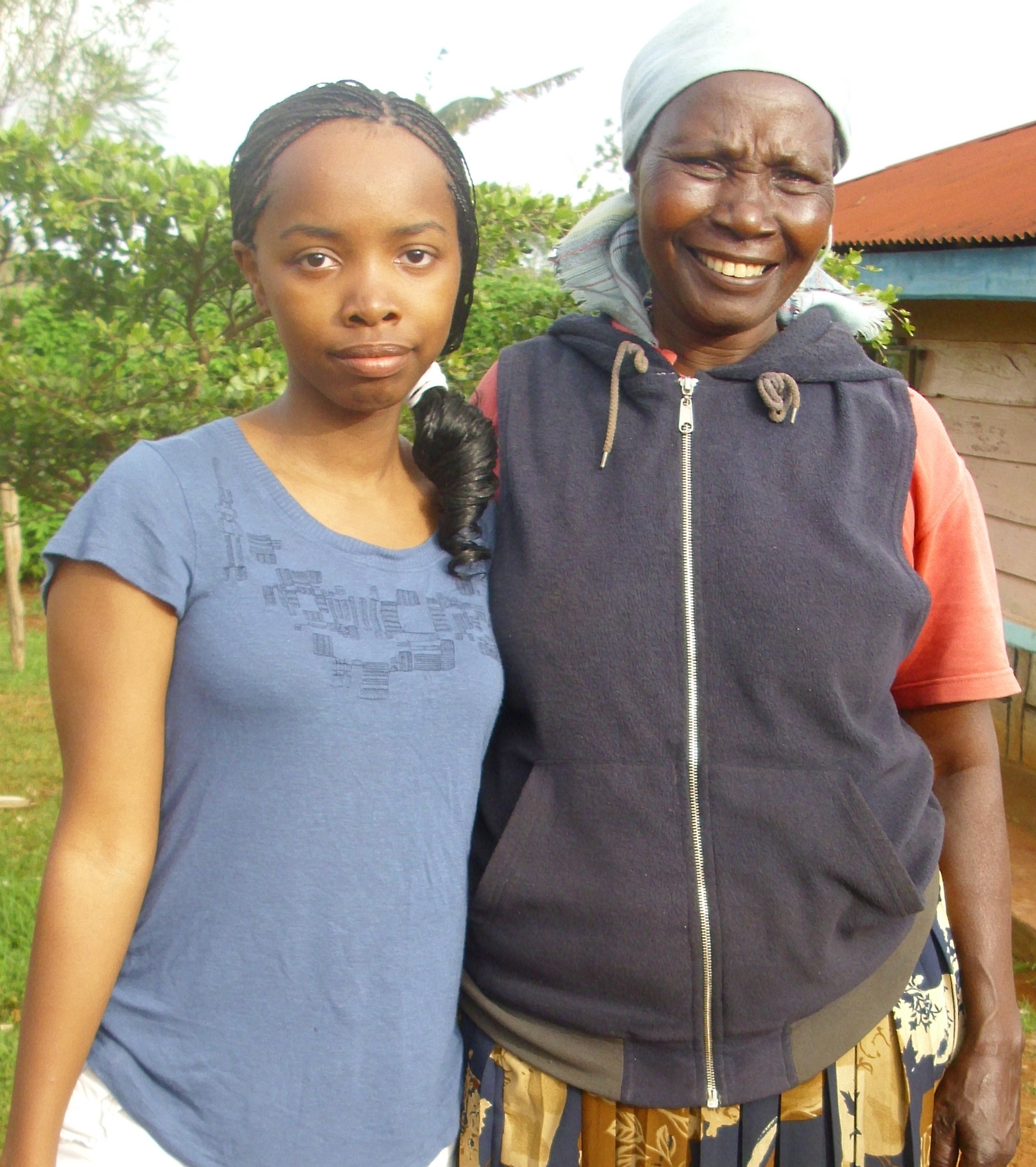 My grandmother, Esther Njambi Thuku, pictured with me, left, and other women also took part in the freedom struggle. They provided food for the Mau Mau hiding in the forest. They learned secret codes so that they could be messengers.

Once, my grandmother’s sister, Grace, while delivering information, was caught. She was rescued and protected in the forest by the Mau Mau for a month. It was rare for a woman to be among the male fighters.

She was taught how to use a homemade gun and to this day is regarded as one of the soldiers. Many other Kenyan patriots sacrificed their lives for their country’s independence. Other notable participants in the Mau Mau uprising were Kenya's first president Jomo Kenyatta. American President Barack Obama’s grandfather, Hussein Onyango Obama, spent two years in a high-security prison where he was tortured by the British because he belonged to the Mau Mau.

Fifty years later, just a handful of my grandfather’s colleagues are bringing a human rights lawsuit against the British government for their treatment during the Mau Mau state of emergency. The survivors of the emergency regime's pison camps were "screened" – or violently interrogated – in order to extract confessions.

"Screening" or interrogation camps were designed to break the will of suspects. Some 150,000 Kenyans were subjected to screening. During the fighting, at least 11,000 rebels were killed - although academics think the true death toll could be more than twice that.

Many suspects taken into the "Pipeline" camps were treated increasingly harshly until they recanted. Others were put on trial in special courts and more than 1,000 were executed.

One claimant, the court was told, witnessed the clubbing to death of 11 prison inmates. The British governor, Sir Evelyn Baring, was said to have been present at beatings. The landmark hearing, expected to last several weeks, will highlight atrocities and attitudes that may rewrite the history of British colonial rule in Africa. 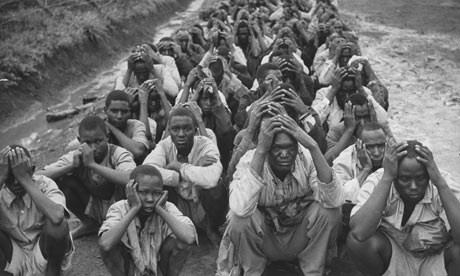 Boxes of previously undisclosed documents, stored by the Foreign Office, have been unearthed during research by human rights campaigners into the case. They record the violent methods used to defeat the rebellion and government awareness of abuses.

The full extent of British brutality during the Mau Mau rebellion in Kenya has begun to emerge through government reports documenting "systematic" torture, starvation and even the burning alive of prisoners. Many of the them suffered greatly in the camps as they were subjected to starvation, hard labour and severe sexual abuse.

"screening" or interrogation camps which were designed to break the will of suspects.
Some 150,000 Kenyans were subjected to screening. During the fighting, at least 11,000 rebels were killed - although academics think the true death toll could be more than twice that.
Many suspects taken into the "Pipeline" camps were treated increasingly harshly until they recanted. Others were put on trial in special courts and more than 1,000 were sent to the gallowsNow the British government pathetically claim it is too late for the former prisoners to bring a claim against the UK. Additionally, they are denying responsibility for what happened in the camps. Lawyer for the Foreign Office Robert Jay QC has claimed that due to their age, the Kenyan veterans could not remember the details and neither were they capable of making the claim.

Although Britain’s colonial era took place decades ago, it is important to remember the relationship between Kenya and Britain and its continuing effects on the Kenyan people who still suffer as a result.

There is more to Kenya than just the flowers you bought for Mother’s Day or the coffee you enjoy. Consider the hands that do the harvesting. Consider those brave people, like my grandparents, who fought for Kenya’s independence and those, like the veterans, who are still fighting today.

* Cristina Odone, a white British journalists whose parents lived in Kenya, says she wants an apology from the Mau Mau.