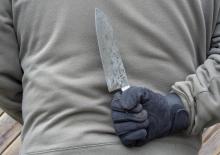 Official figures released this week show that knife crime in England and Wales have risen by 6 percent to a record high.

Police-recorded offences involving a knife or sharp instrument rose to 46,265 for the year to March, up from 43,706 in the previous 12 months, according to the Office for National Statistics (ONS).

The figure is 51 percent higher than in 2010-11, when the data was first collected, and is the highest on record, the report said.

London saw the biggest increase at 7 percent, while numbers fell by 10 per cent in West Yorkshire and remained the same in the West Midlands.

The three regions have the highest rates per 100,000 population.

Victim Support charity chief executive Diana Fawcett called the figures “concerning” and said: “As a charity that supports people affected by knife crime, we know that it is devastating and life-changing for individuals, families and communities.

“Throughout lockdown the impact of knife crime will have continued to be felt, with many continuing to cope with the physical and emotional consequences of attacks during challenging times.”

Labour shadow policing minister Sarah Jones said that the statistics showed the continued impact of police cuts and warned that none of the issues driving street violence had been addressed.

She added that the economic fallout from the pandemic was “likely to make many of [the issues] even worse.”

The statistics were “largely unaffected” by the coronavirus pandemic as they mainly covered the period before lockdown, the ONS said.