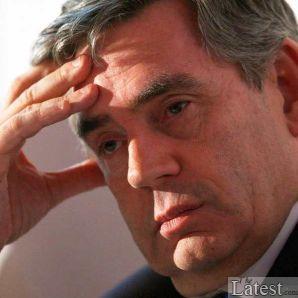 News media frenzy over the Labour government's current troubles has focused on gossip among politicians in the Westminster village. The anti-Labour propaganda from the right-wing press has failed to look at the grassroots people who will decide whether or not prime minster Gordon Brown, right, holds onto power at the next general election - the long-suffering party members. Missed has been the story that these are the folk who top government ministers are frantically trying to keep onboard by smoozing them at local Labour functions, as The-Latest reports.

Favourite media target Olympics Minister Tessa Jowell went as far this week as issuing a grovelling apology to activists for the mess the government is in. And she joined former Home Secretary David Blunkett in criticising Gordon Brown's government for Labour's woes. The former culture secretary, who now attends Cabinet meetings in a lowlier position, said at a Labour fundraising dinner for her local constituency party on Wednesday night:

"This is a tough time for the government. Strangely I think the problem is more in the government and Westminster than out in the constituencies, the people we represent and our fantastic party activists. I just want to say that if you ever feel that we, that the government, falls short of what you ought to expect then I say sorry for that. And we will always work to meet the expectations and, I suppose, the promises that we made."

Labour membership has plummeted from 407,000 to less than half that since Tony Blair's anti-Socialist "New" Labour won the 1997 General Election. Activists have torn up their party card over the:

Despite this, out of touch Minister Jowell still insists: "But all of us (Labour politicians) can look around our constituencies and see the many signs of change that have come about as a result of local campaigns, local commitment and a Labour government spending money on reshaping communities and none of this has happened by chance."

One of Jowell's former party activists present at the dinner, who said he was no longer prepared to knock on doors to drum up support for election candidates like her, gave the minister an ear bashing after she boasted that one of the government's achievements was that "there are four new schools in my consituency".

But, exclaimed the former Dulwich and West Norwood Labour Party officer: "I don't want city academies paid for by carpet salesmen (a reference to Lord Harris, of Peckham) which bring down educational standards. I want top class schools paid for and run by the education authority."

In his keynote speech to the fundraiser for the Streatham and Dulwich and West Norwood constutuency Labour parties (two of them) at Ev restaurant, Waterloo, David Blunkett told more than 100 guests: "There was a time when Tessa and I were as green, enthusiastic and principled as Chuka (Umunna, Labour's Black Obama-style prospective parliamentary candidate for Streatham)."

He added: "We are going to have to reshape New Labour because the world moves on as it did in the 1990s. But the fact that Lambeth (Council, once mocked, like the Blunkett-led Sheffield City Council, as a bastion of the "loony left") moved on is pretty important because what they had was disastrous and Tessa and I lived through that. I just want to say that actually we think we are in difficult times. My goodness, I mean, things are not easy. We seem to have lost our political antennae."

He added: "We can manage to pull ourselves together over the next 12 months."

Blunkett went on to praise party activists and said they were "the people who took the flak for the mess we make of it as professional politicians at Westminster".

If the predicted meltdown of Labour at the European Parliament and local council polls happen next month there is likely to be a serious challenge by MPs to   prime minister Gordon Brown's leadership.

A veteran former government minister at the dinner said the government had to take some blame for the disastrous behaviour of City fatcats because it had failed to properly regulate the financial sector and stop irresponsible borrowing. "It should have acted like a Labour government should by reigning in the City of London and putting people not profit first," he said.

Blunkett stood in for Foreign Secretary David Miliband who cancelled his attendance at short notice because he had travelled to Colombo, capital of war-torn Sri Lanka.

Blacks should 'go back home if they don't like Mayor'

<p><strong><u>Chris Gaynor</u></strong></p> What I find remarkable about all this 'grovelling' is that all these ministers, Charles Clarke, Jowell, Blears, were all supporters of all the policies that they engaged in under Blair. Charles Clarke, this so called 'stalking' horse to Brown, was hypocritcal to say that he slams Brown's way of doing things, even though he rubberstamped all of Bliar's policies from no11. They are a bit like a bad hairday at the moment, the Labour Party. Growing in the wrong direction and too long they cannot see the wood from the trees.