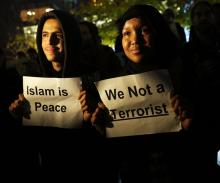 Adding their voices to a groundswell of opponents of the ban from around the world, the lawyers say Trump "disturbingly and perhaps deliberately" chose international Holocaust Remembrance Day to sign the executive order.

In a joint media statement, the Pan African Lawyers Union (PALU), Association of Muslim Lawyers UK (AML) and Society of Black Lawyers (SBL) said: “As organisations committed to upholding human rights and the international rule of law for all, we whole heartedly denounce the decision made to use extreme vetting techniques to segregate and stereotype individuals who originate from the countries that have been denied entry to the United States”.

Until it was lifted by federal judge James Robart, the executive order of January 29 completely halted the United States refugee programme for 120 days and indefinitely banned Syrian refugees from entering the country. Nationals from the Muslim majority countries of Iran, Iraq, Libya, Somalia, Sudan, Syria and Yemen have also been barred from entering the country for 90 days. Trump's lawyers are battling to get the courts to allow the reintroduction of the ban.

Campaigners have pointed out that American allies Pakistan and Saudi Arabia, the latter from where most of the 9/11 terrorists who launched a devastating attack on America came, are not on the ban list.

The lawyers' statement said: "A ban on an individual’s entry into the United States on the basis of origin and religion is an affront to the United States’ constitution and breaches its own legal system, both based upon equal rights for all. The executive order directly targets Muslim-majority countries. Being Muslim may not be explicitly named as the basis of this grossly discriminatory vetting procedure and

President Trump may fatuously deny it himself but it is highly disingenuous to deny that Islamophobia is the driving force underpinning this order."

It added: "The targeted and discriminatory nature of the policy is a fundamental challenge to the United States laws on religious discrimination. The First Amendment to the United States Constitution clearly states: “Congress shall make no law respecting an establishment of religion, or prohibiting the free exercise thereof; or abridging the freedom of speech, or of the press; or the right of the people peaceably to assemble, and to petition the government for a redress of grievances.”

Donald Deya, chief executive of the PALU, said: “At a time when the world is faced with monumental challenges of conflict, terrorism, trafficking (including of humans), climate change and democratic regression, we ought to prioritise collective and multi-lateral action that is based on principle and on international human rights law, and not ill-thought out, kneejerk reactions that violate our own constitutions as well as international human rights law, and that play right into the hands and schemes of terrorists and demagogues.” 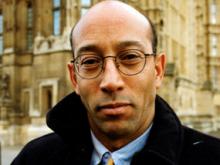 SBL chair D Peter Herbert commented: “This Presidential executive order is not only morally wrong but legally wrong as it flies in the face of the US Constitution and omits those countries whose nationals have attacked the US, such as Saudi Arabia. It is not intelligence led but on the contrary an ill-conceived action led by xenophobia, racism, religious bigotry, and fear that will deliver all terrorists a propaganda coup. The effects on ordinary law abiding nationals of the countries affected is a personal disaster that will irreparably damage America’s reputation as a so called liberal democracy”.

Ismet Rawat, president of the AML, said: “The deliberate and gratuitous targeting of millions of innocent Muslims is not only unlawful but, once again, demonstrates President Trump’s callous disregard for humanity and the fundamental rights of all citizens to travel freely. This plays straight into the hands of extremists on all sides and simply makes the world a more dangerous place, not least for US citizens themselves. The indefinite ban on refugees from Syria is a directly discriminatory act created to target, punish and revictimise millions of victims suffering from extreme persecution whilst callously treating them in the same manner as those extremists at whose hands they have and are continuing to suffer.”

A number of US Judges have issued a temporary halt on the deportation of people who had already arrived in the United States with valid visas but were being denied entry at border control. Tens of thousands of people have been protesting across the US and Trump has faced condemnation from across the world for his action. There have also been protests in the UK, including outside No 10 Downing Street, home of the British Prime Minister, and another, organised by Black Activists Rising Against Cuts (BARAC UK), takes place in Kennington Park, south London, SE11, at 4.30pm on Monday, February 20.

The AML and SBL urge individuals across the United Kingdom to sign the petition calling for President Trump's state visit to the UK to be cancelled. BARAC UK say the petition is the public's opportunity to tell the British parliament "the racist, sexist. Islamophobic, refugee-hating, war monger [Trump] is not welcome here".

The lawyers say they encourage support for all lawful protest across the United Kingdom and beyond against the Trump's Muslim ban.