Let's do it the American way 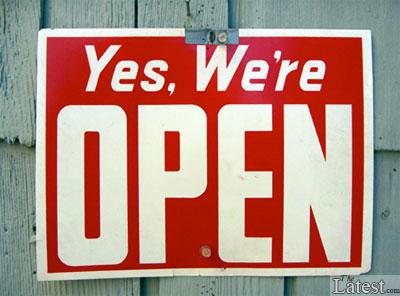 According to the doomsayers, if we don't do something about the global economy now we'll all perish. But maybe we'll have a protracted length of time where we'll register negative or zero growth before slowly getting back to normal.

There is one thing that I feel will help our situation in the UK, though. Hold on to your hats … it's an American idea.

I'm going to say firstly that I'm not an economist nor do I try to pretend that I'm one. Although I know the ins and outs of the current situation, there seems to be a few ideas many have raised in regards to the wholesale stimulation of the market which have been much worse.

Which is why for the most part, none of them to be implemented. If they have been, they're not working or won't be for a long time. Base rate changes don't really filter through for a few months and quantitative easing, for all intents and purposes, is doing well but only because we've all forgotten about it so there's no group of people complaining and thus undermining the measure.

We have two major problems which are affecting most things financially, including the housing market - a lack of confidence in spending, as well as an epic (though sadly expected) rise in unemployment.

So, what do we need? Well, ideally, we want something to create jobs and get more people spending, in turn making more money circulate and allowing more businesses to get a bigger income.

…why don't we just open shops a bit later?

We now live in a country dominated by the service, or tertiary, industry. My home area in Leeds shut down its main production facilities of steel, coal and shipbuilding as far back as the 1970s. Since then, we've steadily become fascinated (hand over fist) with industries which, for the large part, have checkouts and tills.

Surely it stands to reason that we just open these facilities for longer?

Many people will be shaking their heads. Americanisation gone a step too far, many will say. But no. It makes more sense than that.

After all, we're now living in a world where the internet has practically usurped the high street anyway as the latter simply can't compete with the 24/7 nature of the online marketplace. People like myself work a 9-5 job and, as a result, there's no way to get to the shops until a weekend. By that point it's saturated - why not spread it around a little during the week?

And true, chain stores have the money to do whatever they want but are there many family-owned or small stores which would lose out to an extension of shopping hours if they're still afloat now?

Most family-run businesses tend to be either corner shops, which are open until late anyway; takeaways and restaurants, which are open forever or at least late; those found in market towns or villages, where there's no other chain-store option; or ones which trade with other businesses between 9-5, such as precision engineers or skilled artisans. They wouldn't be as affected as people make out, if at all, should this rule only apply to tertiary industry.

If not, they'll continue as normal during the regular hours - people don't change habits that much when it comes to such businesses.

It's simple, really. If we have more hours - even if it's just an extension until 7pm or 8pm - then shop workers will either get extended working time or there'll be a few more shifts to go around. And customers will spend - after all, it's mainly the working folk who'll be filling these shops, after they've been grafting all day - where they get paid money for their troubles.

And there's plenty of legislation to stop unscrupulous employers from passing on too many hours, such as Working Time Regulations. Failing that, the unions are as strong as ever before, thanks to the credit crunch.

Sure, there are seemingly backward views in the UK. Stornoway, on the Isle of Lewis in the Outer Hebredes, recently accepted its first Sunday ferry, much to the anger of near-Puritan local Christians who thought that sailing was a slight against your Lord and mine, good old Jesus Christ.

While that's an extreme opinion in the context of the UK, many small towns and villages harbour similarly conservative views. Let them.

But if extended opening hours doesn't happen in today's climate, with today's demands, there's a real chance that more shops could die out. If not, people will simply see shopping centres as a checklist-maker for when they finally get home and find lower prices online and pay for it there.

Luckily, we're all impatient. Why buy it for  £1 less and wait for three days before it fails to be delivered because you're out of the house, when you can have it in your hands on the day for cheaper, as you actually had access to the shops?

True, there may be flaws there but in principle, it makes perfect sense to me - even if it's just from a purely practical point of view.

Start small and build up if necessary. Giving Sunday full trading hours would be a start - last time I looked, we were a pretty secular society.