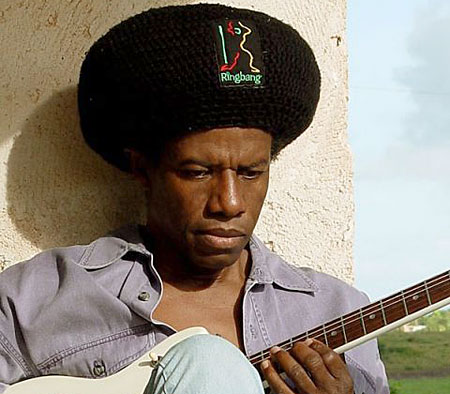 If you ever wondered what it felt like to “rock on down to Electric Avenue” here’s your chance as The-Latest presents a guide to some of the finest moments in pop and the capital’s streets and landmarks that have inspired them. (Oh, and some information on what to do when you get there!)

Electric Avenue, located in heart of Brixton in south London, is so-called for being the first street in the capital to have electric street lighting. The location earned its place in pop history after it became the title of a transatlantic hit in 1983 for Caribbean-born British reggae 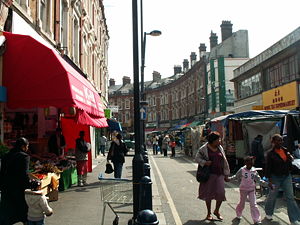 Brixton has fought hard to shrug off its bad reputation and is now a thriving cosmopolitan conclave for yuppie home owners and the ultra trendy. Electric Avenue itself contains many butchers and fish monger shops and hosts a part of Brixton market specialising in a mix of African, Caribbean, and Portuguese products. The market also sells clothes, including a wide range of funky street designs at affordable prices with nearby Brixton street market the place to go for cheap, second hand items. There's a wealth of mighty fine boozers around the market to choose from. For a friendly pint look no further than the Prince Albert on Coldharbour Lane.

Up the Bracket (Vallance Road) - The Libertines 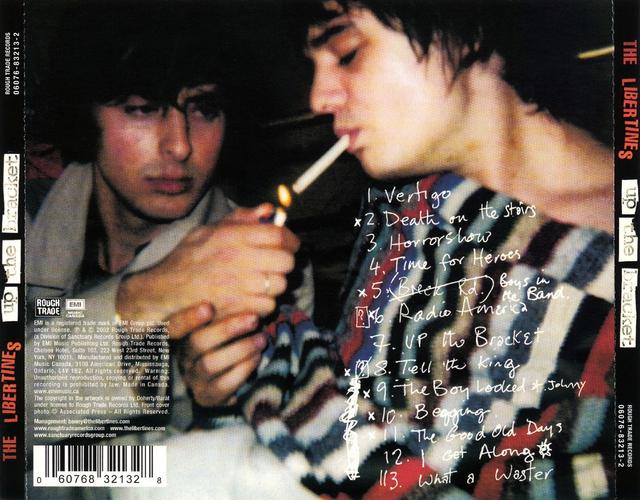 Vallance Road, Bethnal Green, east London, was made famous in the 1950s as the stomping ground for Britain’s most notorious gangsters, the Kray twins. It is now one of London’s most fashionable hotspots. Drug-fuelled UK singer Pete Doherty, ex-boyfriend of supermodel Kate Moss, reignited popular interest in the area with his former pop band the Libertines and their second single Up the Bracket, released in 2002. Upon its release Doherty claimed the song was a lament to the loss of youthful folly, although he later admitted that it also contained thinly veiled references to substance abuse.

After checking out Ronnie and Reggie Kray's old manor, make your way over to nearby Spitalfields City Farm. With cute and cuddly animals dotted around this lush, sprawling plot, it’s a great place for a back-to-nature East End family outing. If your thoughts turn carnivorous after a day with the animals, nearby Brick Lane houses some of the best south Asian food in London. If you fancy a drink I suggest, The Albion pub, which is very popular with locals and perhaps unsurprisingly visiting West Bromwich Albion football fans.

Over the years Kinks front man Ray Davies’ explanation for the inspiration behind this 1960s rock classic has become increasingly vague. Popular belief has it that the song’s protagonists Terry and Julie are a reference to the off-screen romance between ‘60s film icons Terrance Stamp and Julie Christie, although Davies enigmatically refuses to confirm the rumours. Whatever the truth may be, it nevertheless contains all the ingredients necessary for the classic London pop song. Waterloo Bridge began its association with notoriety in the 1840s, gaining a reputation as a popular place for suicides. It maintained its unsavoury reputation for morbidity after Bulgarian dissident Georgi Markov was assassinated on by agents of the Bulgarian secret police, assisted by the KGB in September 1978. Despite its chequered past, Waterloo and its surrounding artsy South Bank is now a hub of cultural goings-on. Upcoming highlights include the IMAX Cinema which eagerly anticipates the UK premiere of the James Cameron 3D blockbuster Avatar and the BFI which host the 53rd British Film festival.

The World famous Hammersmith Palais venue started life as an ice rink back in the early 1930s. It has played host to a number of international performing artists including the Rolling Stones, David Bowie and The Cure. The building was sadly demolished in 2007 following a farewell gig featuring Midlands indie-rockers Kasabian. The late Clash 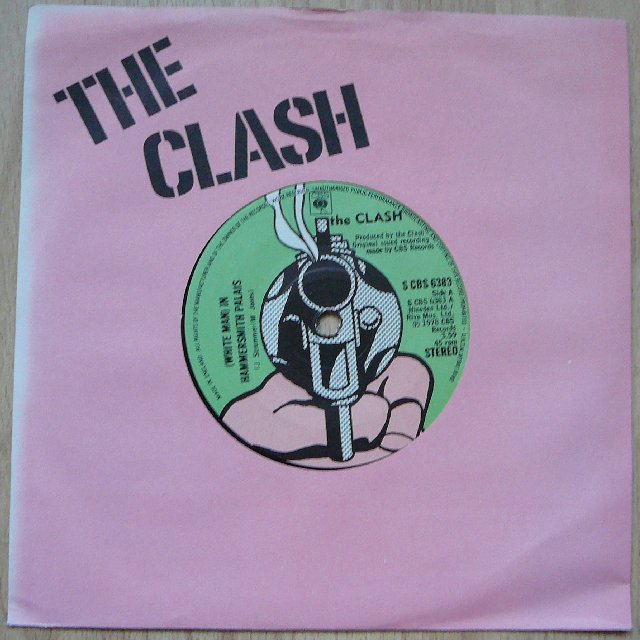 frontman Joe Strummer was inspired to write this reggae-influenced punk classic after visiting the Palais for an all-night reggae "showcase" night with filmmaker Don Letts.  Released in September 1978, the song features an aside to punk contemporary’s the Jam and their penchant for cheap high street suits. Fittingly, the area has a reputation for its music traditions. A quick hike down the Shepherds Bush Road will take you to The Carling Empire, built in 1903 for music hall performances; it is currently one of the capital’s premiere music venues. Another little known highlight is the newly refurbished theatre above O'Neill’s pub on the corner of Shepherds Bush Green. A friendly and distinctive venue devoted to up-and-coming writers, it famously premiered Irvine Welsh’s seminal novel Trainspotting as a live stage play. 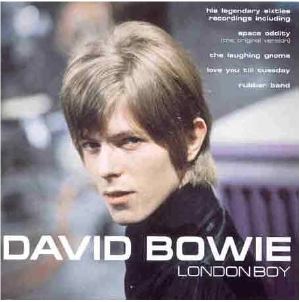 During the 1960s, the club of music clubs was undoubtedly The Marquee, which moved to Wardour Street from neighbouring Oxford Street at the beginning of 1964. An opening night set from The Yardbirds was followed by explosive performances from the likes of The Who, Jimi Hendrix and Led Zeppelin. Pop chameleon David Bowie wrote this song after experimenting with drug use at the club in the mid 1960s.

This early outing features little of the flamboyance of the Ziggy Stardust glam rocker era that made him an international superstar. In 1971 Bowie played at the venue that was sold to developers in 1988.

Although not quite the epicentre it was in the 1960s, Wardour Street still plays host to 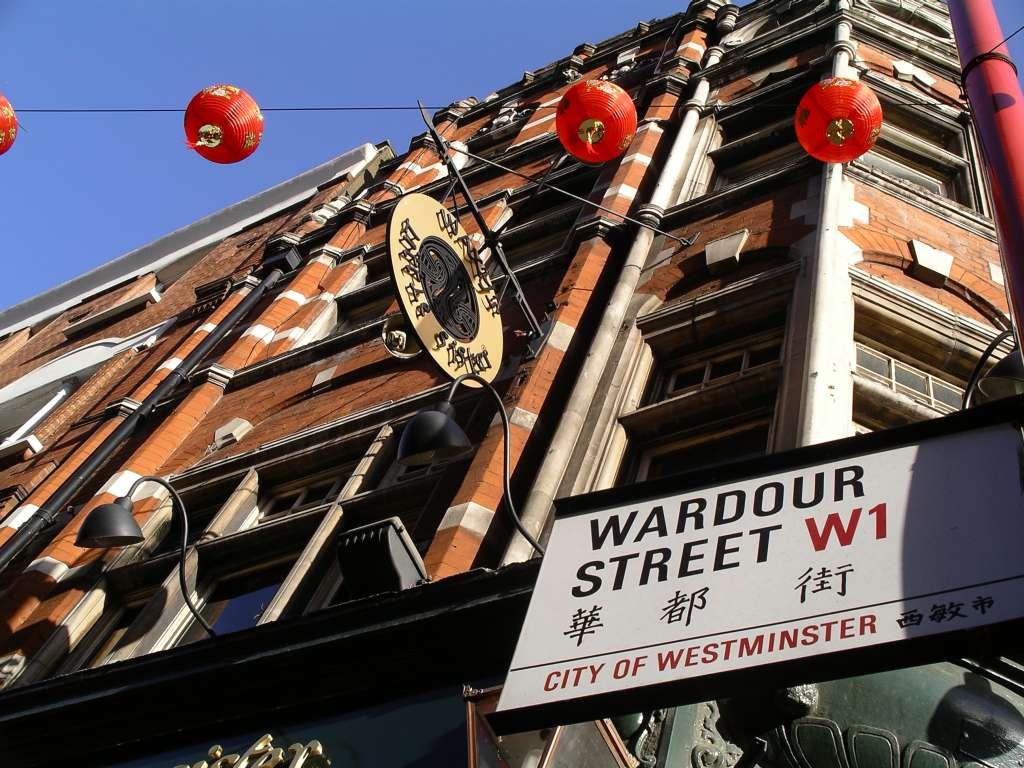 more than 30 Bars and Restaurants. Cuban-themed restaurant and bar Floridita, which has replaced the Marquee club at number 90 Wardour Street, is well worth checking out. If Latin cuisine is not your thing, down the road is Wong Kei. This Chinese Restaurant, one of largest in the UK with a capacity of just under 500, has gained a cult following among locals for the Basil Fawlty style rudeness of its waiters.