Bungling officials at Hackney town hall have chopped through the roots of a ‘green wall’ at Europe’s first solar powered recording studio. Their excuse was: “We thought it grew down, not up.”

The 40 feet tall vine, which took five years to grow, is now dead and the East London studio – home to UK stars like Lily Allen and the Arctic Monkeys - are threatening to sue the council for the damage.

“A bunch of workmen just showed up one day and sawed through the base of the vine. By the time we realised what they were doing it was too late,” said Julia Craik who works at The Premises Studios. “We take our green responsibilities very seriously. It’s quite unbelievable that they could be so stupid.” 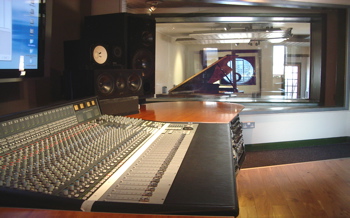 The Premises has been the capital’s most popular music studio complex for 25 years. It houses fourteen high-spec, low-cost music studios for rehearsal and recording.

The hapless council boasts on its website that “Hackney is officially the greenest borough in London, with the lowest carbon dioxide (CO2) emissions anywhere in the capital, according to Government figures. “  It adds that the council is “committed to getting greener, with a number of measures and policies in place that reflect this commitment.”

The borough’s Mayor Jules Pipe said: "Although climate change is a global reality, action needs to start locally and I am pleased that by increasing the levels of rubbish we recycle and procuring the greenest waste fleet in the country we are making Hackney a greener place.”