Love-in for Jeremy Corbyn at his first party summit

Unprecedented support for Labour’s new leader was displayed on the streets of a sunny English south coast town I visited today.

Of the many people whose views I canvassed in

Brighton – delegates to Labour’s annual conference, the leader of the biggest trade union, MPs and members of the public – there were just two Jeremy Corbyn refuseniks. 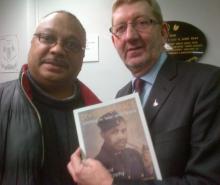 It was like attending a 1960s love-in for a Bob Dylan-type rock star. “Inspirational” is how Unite general secretary Len McCluskey described to The-Latest Corbyn’s hour-long conference speech.

Kamaljeet Jandu, chair of the now moribund Black and Minority Ethnic (BAME) group in the party and the GMB union’s race equality officer, said he used to dread going to conference because of the stultifying iron grip the controlling Blairites exerted on debate.  Now, he said, it was a joy to attend.

Rank and file democracy was smashed and presidential Tony Blair, then his successor Gordon Brown, issued diktats from the top for two decades. 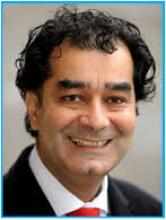 Corbyn's “earthquake” Labour leadership win for the socialist left had reclaimed the party for its members and they were ecstatic. Witness the two-minute standing ovation conference gave him before he had even started to speak. And another three during and after his impassioned oration. 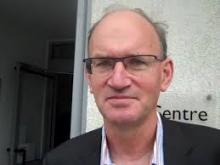 Corbyn’s head of policy Neale Coleman said Labour headquarters staff had cheered and clapped the new leader at their conference reception and that was extremely uplifting.

A bespectacled male, middle-aged delegate from Wrexham said he was over the moon that conference was no longer ashamed to sing The Red Flag.

But, in a hotel lobby, a woman official said that, while her union supported Corbyn, she wasn’t so sure he was prime ministerial material. She liked most of his policies but was put off by the very lack of polish and distaste for the presentational skills that made Blair so telegenic that are the trade mark of Corbyn’s new, grassroots, inclusive, non-abusive people’s politics.

Dissenter number two Cliff Roberts, a retired engineer who came to Britain from Northern Ireland as a boy, claimed Corbyn could never appeal to Middle England because he backed "welfare claimants i.e. scroungers". And, anyway, even the people who used to be known as working class now called themselves middle class so Labour was an obsolete relic from a golden bygone age.

The-Latest he supported Yvette Cooper in the leadership contest, though his 18-year-old daughter, Anjali, had supported Corbyn, much like thousands of her young contemporaries.

Vaz, who, with three other Black MPs, made history when they entered parliament in 1987, said, enthusiastically: “Jeremy supports our issues and has done since we worked with him as Labour Party Black Sections activists almost 30 years ago, so I’m pleased he’s the new leader.”

Was Vaz, superannuated chair of the House of the Commons influential Home Affairs Select Committee, concerned he might suffer the same fate as fellow leading “moderate” Hilary Benn MP, the shadow foreign secretary, who was removed from the NEC by Corbyn and replaced by a left-wing MP?

The party’s chief whip Rosie Winterton was in a hurry to get to her hotel and wouldn’t be drawn when The-Latest asked her how she was getting on with the job of uniting the largely Blairite Parliamentary Labour Party (PLP) behind Corbyn. But she can be forgiven because conference had finished and everyone was keen to get home.

It was shocking to read of a PLP member saying at a fringe meeting earlier in the week that Labour was “fucked” now Corbyn was leader. The Blairites are such treacherous bad losers.

Their leadership candidate, Liz Kendall MP, got less than five per cent of the vote.

A dose of Corby-favoured democracy in their constituency Labour party, boosted by the army of insurgent new members who propelled him to power, could well see these renegades booted out as MPs, and that's what they fear. Afterall, they no longer reflect the progressive views of the mightily expanded membership.

Forward-thinking big brother Piers Corbyn, the famed weather forecaster, said there should be an amnesty for anybody who had joined or voted for another party in the past so they could be a Labour member "from day one". This chimed with Corbyn junior's view that people, including ex-communists and revolutionaries, should be welcomed as members. 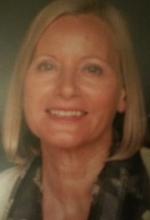 The-Latest came across Christine Shawcross, a leftwing NEC stalwart, selling copies of Corbyn’s house journal, Labour Briefing outside conference. She said: “Jeremy’s victory in the leadership contest was marvellous. We’ve had to wait 30 years for this. It’s fantastic. I used to be one of only two leftwingers on the NEC.”

A female Black local politician, who is among the rulers of a town hall in east London, said: “We’ve got our party back. Jeremy is about change, doing things differently, and putting the fight for equality and justice back on the political agenda.”

Shadow chancellor John McDonnell MP was delighted with how the conference had been a success. A show of huge support for the leader. No splits. Leaders of the dissident moderates (I wish commentators would stop using that misnomer and call them rightwingers) MPs Chuka Ummuna and Tristram Hunt held in check. An appeal by Corbyn for the dissidents, including them, to come back into the fold.

There was, of course, the unedifying sight of shadow defence secretary Maria Eagle MP publicly disagreeing with her leader over his support for the scrapping of Britain’s Trident nuclear weapons.

But, quipped a philosophical McDonnell: “We’ll get some of that.”

Coleman noted, sagely: “Jeremy’s only been leader for 16 days. There’s lots to be done and he’s made a really good start.”

* Read on The-Latest Corbyn's "cyber youth" made him a winner.