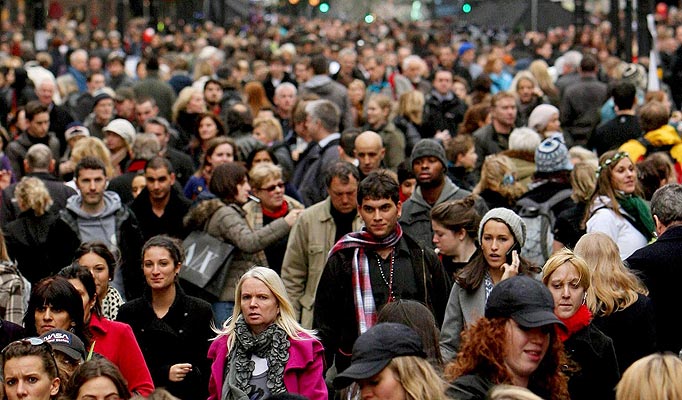 A global poll, out last week, showed that world economic turmoil and migration following the Arab Spring, had little impact on attitudes to immigration.

This was particularly true of the US and five European countries (United Kingdom, France, Germany, Italy and Spain).

According to the survey, British people continue to view immigration as more of a problem than an opportunity (68 per cent), with 57 per cent of respondents stating that they think there are currently too many immigrants in the country.

This figure has, however, remained stable since 2008 in the UK as well as elsewhere in Europe.

Most also maintain a negative view of government management of immigration, with 68 per cent of Europeans and 73 per cent Americans believing that their government is doing a poor or very poor job.

Most Americans (56 per cent) and Europeans (52 per cent) remain optimistic about immigrant integration, and 66 per cent of British people are positive about how well the children of immigrants are integrating.

Majorities in the UK, Europe and the US are interested in letting in more highly educated immigrants. Amongst European respondents, the British are most likely to agree that immigrants help create jobs and set up new businesses (54 per cent).

Despite 58 per cent believing that immigrants take jobs from native workers, a large majority (69 per cent) think immigrants help fill jobs when there are shortages. A majority (56 per cent) supported highly educated migrants being allowed to come to the UK.

Following the Arab Spring, 40 per cent of Britons surveyed support opening the British labour market to residents of newly democratic states in North Africa and the Middle East.

The survey is a project of the German Marshall Fund of the United States (GMF), the Compagnia di San Paolo (Italy), and the Barrow Cadbury Trust (UK), with additional support from the Fundación BBVA (Spain).

Publishers 'can beat Google right to be forgotten ruling'

Black is finally in fashion at Vogue