A masterly tale of intrigue, deception and betrayal 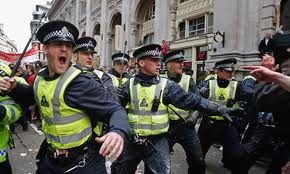 Ask any author of historical or social-commentary fiction about Charles Dickens and they will inevitably say that they were influenced by the great man. That much is certain. Yet very few have even an ounce of his remarkable story-telling prowess writes reviewer James Combes.

But one comes closer than most. This man is Matthew Plampin, author of The Devil’s Acre, a tale of intrigue, deception and betrayal.

To say that the novel is written with panache and style is to miss the point. This 400 page tome is a magnificent romp through the grimy, smog-filled streets of industrial London – a story combining fact and fiction in a neat little page-turning blend.

Contrasting the fortunes of Colonel Samuel, maker of the Colt revolver and entrepreneur, with those of his lowly secretary, Mr Edward Lowry, The Devil’s Acre is a two-fold story. Colonel Colt is a capitalist: duplicitous, amoral and resourceful. He is, quite literally, a gun for hire. It does not matter who buys his guns, as long as the profits keep rolling in and his empire continues to expand.

Mr Edwards Lowry is the moral figure – the everyman, caught up in a world which he soon realises is not for him. When Lowry falls in love with a girl on the shop floor he finds himself drawn into the wider shenanigans of Walter Noone, the Molly Maguires and the Devil’s Acre itself. This is a fatal attraction in every sense of the word.

The author has done his research. And although characters such as Walter Noone, Edward Lowry and the Dickensian Benjamin Quill are fictional, they are as perfectly crafted as Samuel Colt, Lord Palmerston and a certain famous author of the period.

It is impossible to see the join between Plampin’s characters and those that actually existed. There is good reason for this.

In artistic terms, all of the characters are invented. The author admits that there was insufficient information even on Colt to provide a fair representation of the man. Plampin has developed a name into a believable three-dimensional characterisation. Each character is finely crafted, from the main players right down to the bit-parts. Moreover, his depiction of nineteenth century London and the bleakness of the Devil’s Acre – a horrendous London slum – is enthralling and captivating.

Not all historical fiction can be described as such. Writers often fall into the trap of either being too factual or too character driven – both of which can easily undo the potential of any good idea. Plampin escapes this trap for the most part. The multiple narrative strands – the historical and the fictional – are gradually woven together into a coherent and satisfying third act in an apparently effortless fashion.

As the story builds to its crescendo and betrayal, murder and desperation take centre stage, it becomes clear that trust is the most dangerous notion of all.

The epilogue of the novel is a little drawn out. There is more historical fact here than is absolutely necessary to tie up the remaining loose ends. As interesting as the information is, only a small amount plays any part in the plot itself.

That minor criticism aside, this second novel is a superb piece of modern literature. Plampin has created a vivid, convincing world of which Charles Dickens would surely approve. And it features a curious cameo from a very great man indeed.

The paperback edition of The Devil’s Acre is out now, published by Harper Collins and available at all good book shops for £7.99 (RRP).