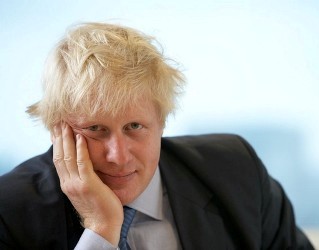 Conservative London Mayor Boris Johnson’s dismal record of attendance at a significant number of major Greater London Authority (GLA) funded events for minority groups in the capital in the last two years has been revealed by a Freedom of Information request sent to City Hall by The-Latest.com.

Figures released show that Johnson managed to attend just 20 of the 46 public events staged or supported by the GLA and delivered by the Events for London team, less than half of the total and 16 of the 23 engagements he snubbed were held in honour of specific cultural and religious dates.

Johnson was heavily criticised at the beginning of this year for cutting funding for a series of high-profile multicultural events while at the same time pouring as much as £100,000 into a new venture to celebrate America. The London Mayor cut funding for Black History Month, a series of events staged in October each year to celebrate black culture, from £132,000 to £10,000, although the previous figure is disputed by his office who state it was £76,000. Africa Day’s £100,000 grant from the London Development Agency was axed completely.

Ex-London mayor Ken Livingstone, who will be standing against Johnson as the Labour Party candidate in the Mayoral election in 2012, is known for having supported multicultural events throughout his time in office. Livingstone described the decision to cut funds for Black History Month as “outrageous”.  He said: “These were all events that helped bring Londoners together.”

Funding for Jewish events was halved to £50,000, while the decision to cut funding for the St Patrick’s Day celebration was also criticised last year. The Labour Group on the London assembly has called on Johnson to shelve USA Day and use the money to fund a new festival, Uprise, to fill the gap left by the decision to scrap the  multicultural event Rise, which at its height attracted 100,000 Londoners.

Johnson has received some support for his ‘slash and burn’ approach towards multicultural events from Conservative Home, the website of note for those on the right of the Conservative Party. In their list of the “100 achievements of Boris Johnson as Mayor of London “, (Jan. 10, 2010), point 67 states that he “made significant savings on cultural events and refreshed the programme with new, inclusive events like Story of London.”

And in what many might see as an attempt by Johnson to stem the torrent of negative publicity he has received because of his withdrawal of funding and patronage to a number cultural events, he recently announced that £1m would be given to the Brixton based Black Cultural Archives.  The Heritage Lottery Fund will also be giving £4m to the same project.

Eid on the Square, Diwali on the Square, the Liberty Festival and the Disability Capital Conference are among the important events Johnson did not attend last year.

A GLA spokesperson said: "The GLA supports a wide range of events throughout the year that reflect and celebrate London's unity as well as diversity. There are citywide festivals like the Story of London and others drawn from particular ethnic and cultural communities. They range from Chinese New Year and St Patrick's Day, to Pride London and more recently a weekend of events in Trafalgar Square celebrating 50 years of independence in Africa.”

So far this year Johnson has failed to turn up at the Chinese New Year celebrations (Feb. 21) and in fact he also missed Chinese New Year in 2009. He missed St Patrick’s Day festivities (March 14) and the 2009 event. He was also absent from Vaisakhi on the Square (May 2), a Sikh religious festival.

However, Johnson did put in an appearance at World Cup on the Square held on June 11, 2010 and the September 11 Memorial Reception at the beginning of the year.

Signalling a u-turn in the Mayor’s policy towards special cultural and religious celebrations in the future, the GLA spokesperson added: "We have also embarked on a new approach to engagement with Londoners – rather than focusing solely on single community events, the Mayor is hosting a series of receptions designed to bring Londoners together, irrespective of faith or identity, but drawn from particular parts of the capital, to encourage greater community cohesion and integration."

"The Mayor would love to attend as many events as possible, but when unable to, he is represented by the Deputy Mayor of London, Richard Barnes, or a senior member of his team."

A full list of the 46 GLA public events and Johnson’s record of attendance can be obtained on request from The-Latest.com.

What a state our once proud cinema is in