Media campaigners ask: Should we be free to hate?

Star Wars blockbuster film character Darth Vader is a hater for sure. Hate is where his strength and power comes from. His symbol is the death star.

In our world, the real world, most of the haters can be found in social media. There they hide behind a mask of anonymity. But more and more often they reveal themselves. Because they feel safe, because they think they have the right to say what they want to say without repercussions. The European Centre for Press and Media Freedom (ECPMF) has announced its 2017 competition for young writers. It asks entrants aged under 27 to write up to 1,000 words on the question: Should we be free to hate? 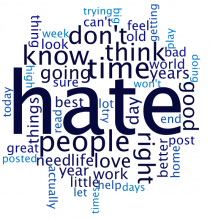 Hate speech can be disturbing, embarrassing, frightening, destructive. So shouldn’t we just try to eliminate it? By law? Or would that mean to eliminate also the freedom of expression? Isn’t it okay to express all our feelings? Should we be free to hate?

The ECPMF say contributions may take the form of an essay, a newspaper or magazine article, a poem, play or blog post in English, German, French, Spanish or Russian.

A multilingual jury of ECPMF Board Members, its media partners and the Leipzig head office team will select a shortlist in each category. Those will be translated into ECPMF’s official languages of English and German. Board Members will take the final decision. All the jury members are professional journalists with international reputations.

For those people wondering where to start with such a broad and complex question, ECPMF project manager Jane Whyatt suggests: “You should write what you know...I would encourage people not to look for abstract or sociological reasons, but to write about your own experience and challenge given assumptions.”

Whyatt points out that we not only have a “media freedom industry”, but also “a movement toward political correctness and a hijacking of language to sanitise it… to take away anything that could possibly give offence to anybody”.

Those people wanting to submit entries to the competition could consider whether this modern stance on language is beneficial - or whether it is just fuel to the right-wing, US President Donald Trump-championed fire of intolerance and bigotry. An example Whyatt mentions is newspapers such as The Daily Mail reporting on “political correctness gone mad”.

The winner, Whyatt emphasises, will have “thought about it and can illustrate it from their own perspective and experience.” For more inspiration, you may want to check out the 2016 winner Mads Haahr’s piece for his 1000 words for freedom. 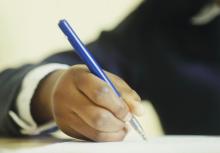 The question: ‘Should we be free to hate?’ is certainly complex and multifaceted. However, it is an fascinating topic for budding journalists to delve into and should produce exciting results.

Prize: a one-year subscription to a newspaper of their in the country in which they live.

Prize: an invitation to ECPMF’s next international conference with free travel and accommodation.

The contest is open for entries until December 31 2017.

Shortlisted candidates will each receive a certificate of commendation and detailed feedback on their work from our professional judges. The winners in each category will be announced on World Press Freedom Day May 3 2018.

* Entries should be sent to: info@ecpmf.eu

Media campaigners ask: Should we be free to hate?