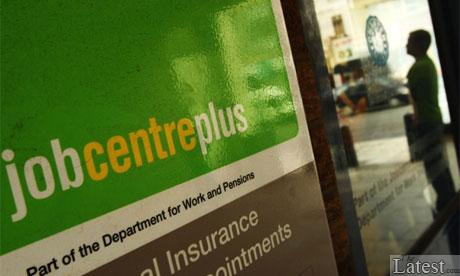 UK Government welfare reforms aimed at getting more people back to work could adversely affect people with mental health problems according to leading charities.

From Monday, a new employment and support allowance (ESA) replaced incapacity benefit. New claimants will have to undergo a "work capability assessment" and mental health charities are worried that under the new rules, those with mental health problems will be worse off.

The work capability assessment has replaced the "incapacity for work" test part of the personal capability assessment, the process used to assess an individual's claim for incapacity benefit. As a part of the government's welfare reform programme, its aim is to get more people working and off incapacity benefit as the new assessment has fewer exemptions. It will initially be applied to people claiming employment and support allowance, but the government plans to extend it to cover all claimants by 2013.

However, it is feared that the new assessment may adversely affect those with mental health conditions. Mind, the mental health charity, believes that many employers fail to support staff suffering from mental distress, with 200,000 people with mental health issues leaving work and going on to benefits every year. According to new research by the charity, after disclosing a mental health problem 31% of people were sacked or forced out of a job, 26% were demoted and one in four had job offers withdrawn.

Unease about the new ESA centres on amendments made to the mental function assessment. The main concerns include ensuring that doctors and staff are fully trained on mental health issues so that they give accurate assessments, and having equal weight given to mental health and physical health. Also, there shouldn't be conditions attached to benefits which force people into unsuitable work that can further affect their mental health.

Crucially, negative attitudes can be a barrier to people going back to work, so employers should be supportive. Paul Farmer, Mind's chief executive, says: "While we welcome the government's commitment to provide extra support to get people back into employment, it won't work without requirements being put on employers."

There may need to be more emphasis on employers adapting their practices, as while many people with mental health problems want to work and are capable of working, research suggests that fewer than four in 10 employers are willing to take on employees with mental health issues. Hilary Caprani, a spokeswoman from the mental health charity Rethink, says: "There should be a culture of openness about mental health in the workplace and employers should provide support, for example, through flexible working or access to regular supervision and appraisals to discuss working conditions."

However, some employers are actively trying to adopt the best approach to support employees. Susan Scott-Parker, chief executive of the Employer's Forum on Disability, says: "The government's plans for welfare reform need to reflect the needs of employees with mental health problems as well as employers if they are to be a success. While mental health stigma is widespread in society, our own research has found that many line managers want to get it right on mental health but lack the resources and training to do so."

Asked if there were any plans for the government to provide the support and training needed, a spokesman from the Department of Work and Pensions said: "We've announced plans to double the funding for the Access to Work scheme, which can be used to pay for things such as adjustments in the workplace and other help for disabled people to stay in work. Doubling the funding will enable us to explore how Access to Work can be more responsive to the needs of claimants with fluctuating conditions such as mental health conditions."

How citizen journalism came of age in Iran

Royal Mail services are in disarray