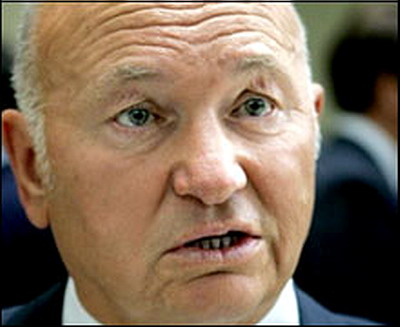 "A gay parade... cannot be called anything but a Satanic act," Mayor of Moscow Yury Luzhkov told an education conference earlier this week.

He said that he would never allow a gay pride parade in the city, adding that marchers should be punished.

Luzhkov who is known for his overtly homophobic statements said: "It's high time that we stop propagating nonsense discussions about human rights, and bring to bear on them the full force and justice of the law," reported Russian news agency Interfax.

Gay rights campaigner Nikolai Alexeyev reaffirmed that plans for this year's gay pride parade will go ahead despite the ban.

"We don't plan to make any changes. We still plan to hold a gay parade on May 29,"

The mayor first called the gay pride parade "Satanic" in 2007, prompting gay rights campaigners to sue him for libel- unsuccessfully.

Organisers have never been granted permission to hold gay pride parades by the city authorities, leading to violent clashes with police and anti-gay protestors.

In a public relations disaster for the city, Alexeyev and other campaigners were brutally dragged into police vans by riot police in front of a crowd of international journalists.

They were later fined.

A Tribute to John's Journey