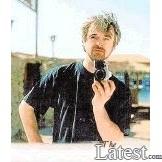 As a member of another family who have lost a loved one in Goa, I can confirm that the police there and in Maharastra state are corrupt. In our case my brother Stephen (pictured left) was murdered and the postmortem done at JJ hospital confirmed this fact.

The police in Roha chose to deliberately lie to the UK police about the cause of death. Suicide was stated. The men who killed my brother are involved in the Scarlett Keeling case ...all under the wing of the Home Minister Ravi Naik in Goa. Stephen told us of his ordeal over the last few days of his life.

He said that uniformed men (police) were involved in his abduction, drugging and assault in Goa. And subsequent murder. Witnesses were intimidated by the Roha police as confirmed to us. Evidence was removed (i.e. a phone booth and written register) because we found them and the police version could not explain the fact that Stephen was 70km away from the area where they said he was.

Seventy eight per cent of the annual death rate in Goa is "accidental", according to the state's Census. This is unbelievable even by Indian standards.

Goa is a most dangerous place for local people as well as tourists. The police are hand in glove with the drug mafia; our case is proof of this. So Scarlett Keeling's murder is not a unique or isolated case. Goan people need to wake up and vote for a new administration and the police need to be replaced by a more honest group of men and women. Crime has gone off the scale in Goa.

British tourist Martin Neighbour is another recent victim who allegedly died from "drowning". The UK post mortem revealed a blow to the back of the head, the same as in my brother's case. Until the Goan Home Minister is replaced none of us can achieve justice.

There are a lot of cases in India that don't receive any help from the British government. It's very sad that the only way to get help from the Foreign Office or our Government is to expose yourself to the media, like the McCanns or Fiona MacKeown, Scarlett Keeling's mother.

* A Campaigner has written to Home Secretary Jacqui Smith in an effort to get justice for Stephen Bennett, 40, who was killed in December last year, while on holiday. His body was found hanging from a tree in the remote village of Malsai near Rohan in Goa. He had been beaten and lynched.

More than a year later, no one has been brought to justice for Bennett's murder. Jagdeesh Singh, of the group Justice For Surjit, has asked the British Home Secretary Jacqui Smith to take up Bennett's case, as well as five others, when she visits India this month.

He said: "We are anxious that the British government should be making active representation on all the cases. We want Jacqui Smith to raise the case, and five others directly with the Indian prime minister when she visits."

Father of two Bennett, who lived in Kipling Street, St Mark's, Cheltenham, UK, had been in India on a week's holiday in Goa and his family had been expecting him home, but he had made a worrying series of phone calls to them before his murder.

Indian police initially said he had killed himself, but then agreed Bennett had been murdered. Six men were arrested and have been released on bail and Bennett's family received an apology from the Indian minister for culture and tourism, Ambika Soni, who regretted the lack of progress in the case.

Singh said: "The Indian police have effectively dropped the case of Stephen Bennett.The British government is very inconsistent when it comes to murders of British citizens abroad.If it put as much effort into progressing these cases in India as it did with cases like Lucy Blackman in Japan and Gillian Gibbons in Sudan then these cases would be turned around properly.Until then families like Mr Bennett's will continue to suffer."

Singh also wants Jacqui Smith to raise five other cases of British people who have been victims of failed police investigations in India: