It's colder here than the baking hot sunshine I left behind in London a week ago en route from Johannesburgh. The rain has been falling most days and the temperature is just 18 centigrade. But South Africa's National Film and Video Foundation beach party, I've organised, will be hot tonight.

I've flown in award-winning DJ Black Coffee from back home and I am fighting off people desperate to get a ticket. But we reached our 350 limit days ago. When I arrived on Sunday, I bumped into Hollywood star Robert Di Niro. Now there are many more celebs buzzing around. Last year, George Clooney was King of Cannes with his blockbuster Ocean's 13.

This year the premiÃ¨re to be at is Indiana Jones and the Kingdom of the Crystal Skull. Already, though, the old port is bunged-up with yachts so big that they look like huge horizontal refrigerators. The real plutocrats - Revlon boss Ron Perelman, designer Roberto Cavalli, rap mogul P Diddy - choose either to moor at sea, or, like George Clooney and Bruce Willis, sail in from St Tropez, where they stay at the chic Byblos hotel.

I'm really looking forward to walking the red carpet tomorrow and getting in to see Indiana Jones. The tickets are like much sought after precious jewels. I'm going to wear an elegant black evening gown and gold shoes; not to be outdone by the movie stars and super models in their one-off designer numbers the paparazzi are really interested in.

There are 40 of us here from South Africa and we're celebrating our 11th year at the world's biggest film festival. It is also the 20th anniversary of the first South Africa film officially selected to enter the competition for the coveted Palm D'Or top prize. The comedy, Mapantsula, about thugs on the mean streets of Johannesburg, was an Australian and German co-production, with South African actors.

On Wednesday, we are putting on a conference, South Africa, your co-production partner of choice, which will be hosted by Tshediso Matona, our country's director general of trade and industry. The event will feature four case studies of past successful co-productions. 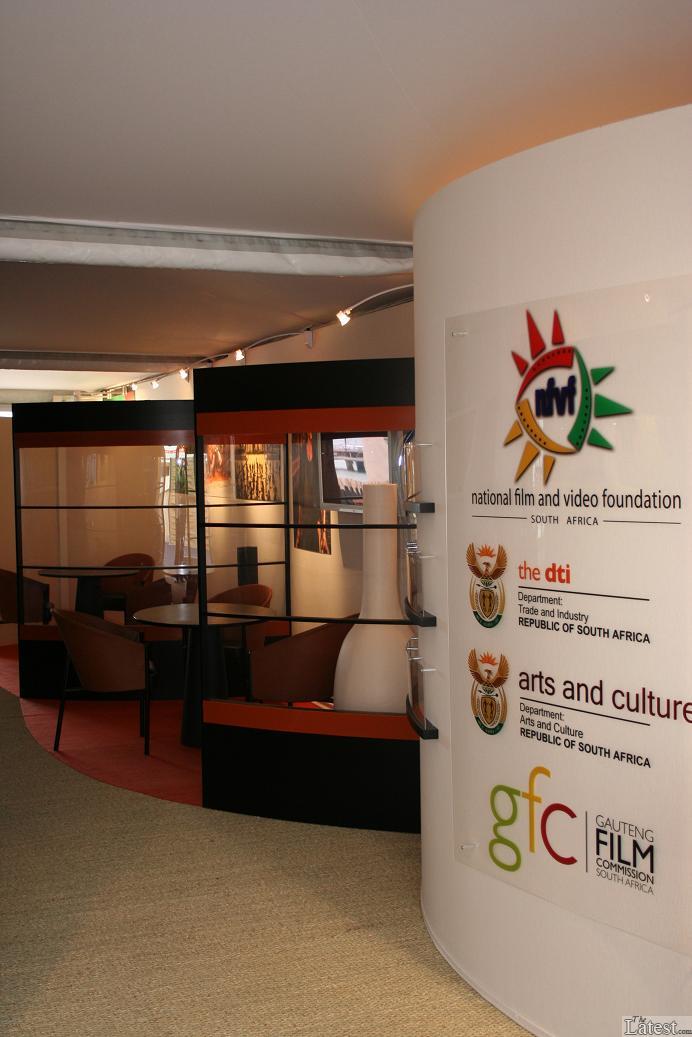 I'm proud of our specially-built pavilion in Cannes's international village. Some visitors have told us it is the best one there. The white oblong, open plan structure houses three offices, a business centre with internet access and fax machine, a film screening area and a full bar next to a beach-side terrace. It's a great place to work and chill out. The film business people, producers and government officials on our delegation use the place as their base. It is also where we show case the four feature films we brought with us. And I can tell you that the promos of Jerusalema, The world unseen, Triomf and More than just a game are popular viewing. We have also included in the programme two shorts made by students.

It's a pity that Nelson Mandela, who has always been one of our big supporters, has never been able to make it to Cannes, though we have invited him. He'd stop traffic and be bigger than any of the other celebrities. As a government body, my organisation also enjoys the generous backing of President of South Africa Thabo Mbeki.

Supermodels without so much as a television advert in their portfolios have descended on this former fishing port simply to have their designer moment on the red carpet. Then there are the estimated 30,000 festival-goers: the media (or "rednecks" as the Cannois call them, because of their refusal to wear sunscreen as they stalk the sizzling hot roads), the professional schmoozers, the hangers-on (always in the process of developing a film, always sleeping on a friend's hotel-room floor, surviving solely on canapÃ©s), and the hungry-eyed starlets.

This last breed has been around for decades, but their brashness increases every year. Wincing bravely down the Promenade de la Croissette in their best stilettos, they lower their bar day by day, eventually succumbing to the dubious charms of a Harvey Weinstein lookalike with tenuous links to the film industry. Oddly, they still leave Cannes hopeful, their dreams only slightly tarnished.

* Jackie's cousin Patrice Motsepe, South Africa's first Black billionaire, is rumoured to be arriving in Cannes next week to look at branching out from mining to the movie-making business.