My ordeal on the end of a wife beater's string 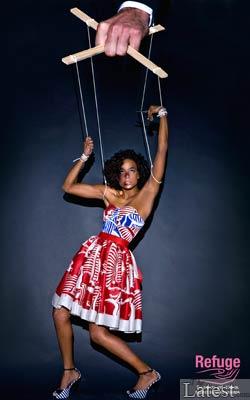 Another week, another challenge and photo shoot. But serious domestic violence campaign stuff this time - which made tabloid headlines for my mate Ashley. I consoled myself as the winner of a luxury shopping spree.

Task 1 this week: to give an inspirational speech to a group of teenagers. To be honest, I thought this was pretty easy. Well, I mean in terms of talking in front of people I'm pretty confident.

But yes these kids were extremely harsh and you guys didn't see the half of it on the show. My speech was about motivating young people through dance, which I think you could guess from the  "bounce, bounce, bounce" dance routine I made them all do. We thought that would be it this week in terms of challenges, but the next day we were driven to Capital Radio to meet feisty DJ Johnny Vaughan.

It was time for us to be put in another high-pressure situation. Vaughan, the well-known, fast-talking, joker presenter was going to put us through our paces by interviewing us live on radio. Ok, so as confident as I am I definitely got butterflies at this point. I have this unique ability for sometimes putting my foot in my mouth and something was telling me this would not be a good time to mess up.

The interview actually went well. I had good answers and I think I managed to get my personality across despite being interviewed with two other girls, Mecia and Maddie. After all the interviews, Britain's Next Top Model presenter Lisa Snowdon herself came into the studio to talk to us. She gave some feedback and then announced that the prize would be a trip to the Karen Millen and Swarovski crystals stores. I remember sitting, hoping and praying that I had won. I mean, how could I hope to be a successful presenter in future if I couldn't even deliver a good interview. 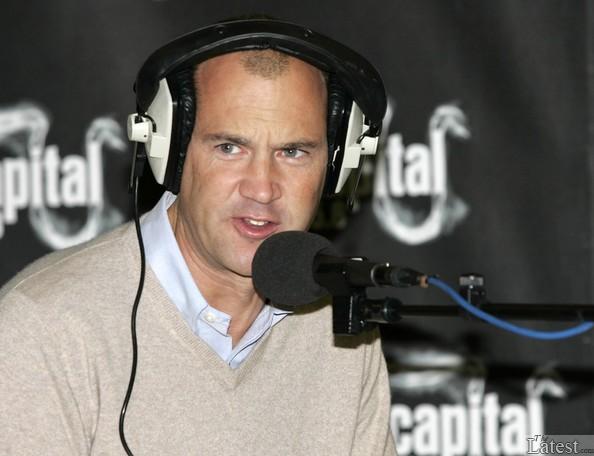 After a heart-stopping wait, Lisa said my name. Yey, I had won. Then I had to choose one of the girls to come with me on the shopping spree. For me, it had to be Ashley. I felt that she would appreciate this prize more than anyone else just because she always spend her money on her two kids instead of herself.

We were whisked off to Karen Millen and I couldn't believe it. I still feel like the luckiest girl in the world. We were allowed to pick a coat, shoes, dress, handbag and heels and that was only half of it, because then Ashley and I were lead to the Swarovski store around the corner. It was a beautiful shop and had amazing crystals hanging everywhere. It was so hard for me to choose from all the pretty items but trust me I managed it fine.

What you guys watching didn't see was that while Ashley and I were shopping, there had been a lot of drama in the house involving someone stealing a phone call from a driver. Sounds like nothing major but it was. What a shame it wasn't shown in the programme but this is only because the row involved the drivers who are not allowed to be featured in the programme.

It doesn't take a genius to work out who the culprit was. I will name no names, but let's say she featured heavily in my last blog. We had to put the drama aside for out next photo-shoot as the themes were serious and hard-hitting. We were to shooting campaigns for different charities and, fittingly, Ashley was to be shooting for Refuge, the domestic violence charity.

This was very close to her heart as it is no secret that she has been through the same thing with an ex-boyfriend. It was really sad to watch her being told that this is what she would be doing and to top it off, I was also shooting for Refuge. I felt a lot of pressure, as domestic violence is very far away from anything that I have experienced before and I just wanted to do it justice.

I think I had the most interesting set up. I was a puppet on strings being controlled by a man, but I was also breaking free from the strings. I must admit I was confused by the brief a little as the representatives from Refuge told me that, although I was breaking free, I still had to be vulnerable. I think this was the most challenging part.

At judging stage, scared and tense as usual, I was shown my photo.   I did like it but I definitely didn't think it was a hard-hitting campaign like some of the photos from other models. I was told that I should have been more aggressive, but, trying to be honourable,   I didn't let them know about my discussion with Refuge, which is I think the only thing I regret so far.

It's just hard sometimes to say everything you want to say when you are standing in front of the judges. My mind just goes to mush and I start to get hot all of a sudden. I don't know if being judged will ever get easier but I think I'm just going to have to grin and bare it.

Sweet Lauren was sent home this week for being "too sexy", which I can slightly understand. But on the other hand the judges made comments that she also should have been aggressive and angry as a trapped human in her set up. However from us being on set while poor Lauren was shooting, we know that she was so aggressive that she broke the cage, completely indicating that something dodgy is going on here, something that we really can't control.

She ended up being inexplicably eliminated from the show. Let hope I'm not the next victim of bizarre television politics. Tune in on Monday 9pm, Living TV.

Why AA Gill is a 'Tosser'