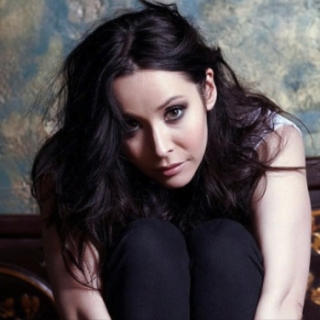 When did the American Civil War really take place? Which is the best household appliance upon which to write a musical ditty? If you were to have pint with a particular guitar chord, which would you choose?

And what happens when you put a sexually frustrated bunny rabbit in close proximity to a pair of fluffy Ugg Boots?

These questions may at first seem random and disparate, but bear with me. This is not a drunk student’s thesis; nor is it one of Dirk Gently’s (the protagonist of Douglas Adams’ Dirk Gently novels) holistic theories to indicate the inter-connectedness of all things. For, as bizarre as these questions may seem, they are bound together by a common thread.

That thread is the singer / songwriter and Ivor Novello Award winner, Nerina Pallot. The venue is St George’s Hall, Bristol, and this is the Lonely Valentine Club Tour.

The last time I saw Nerina Pallot was in Shepherd’s Bush, West London, 2006. Since then, much has changed. Pallot has written songs for Kylie Minogue, become a mother, and released her superb Year of the Wolf album, produced by Bernard Butler.

And what have I achieved during this period? I’ve relocated to an attic in Bristol and I’m still struggling to play an F Major chord. Not quite as impressive.

The “wolf” referred to in the title is, of course, Nerina’s son: Wolfie - named after Wolfgang Amadeus Mozart.

But the name Wolfgang conjures up other images for me. A friend once had a dog called Wolfgang, a huge Pyrenean Mountain dog. The name Wolfgang, for me, conjures up the image of a big ball of fluff, obsessed with having his tummy tickled. This is not something that I should share with Nerina. I wouldn’t want to cause offence.

With its 60s retro feel, finely crafted, sonorous and haunting tunes, Year of the Wolf contains an emotional depth far greater than Pallot’s previous records. Just listen to All Bets Are Off or Grace and this will become evident. This is the work of a musician at the very top of her game.

Tucked away behind the razzmatazz and late night shenanigans of Park Street, where the “yoof” of today are out partying and exchanging bodily fluids with wild abandon, is the magnificent St George’s Hall, one of Bristol’s hidden gems. Built between 1821 and 1823 by architect Robert Smirke, in the Greek Revival style, it is imposing and magnificent. 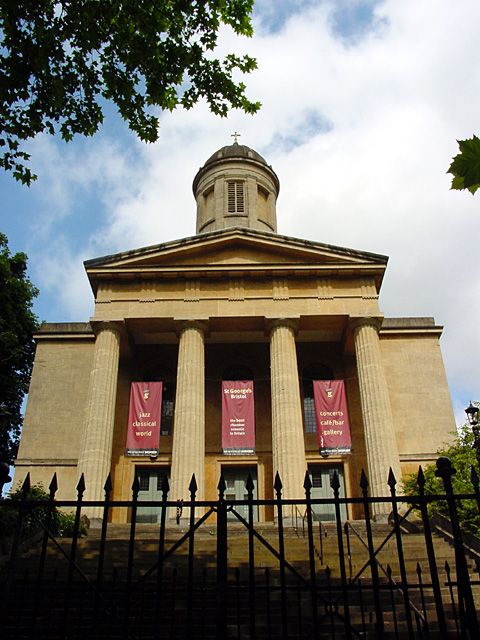 I know nothing about architecture. I’m not even sure what “Greek Revival style” means. All I can say is that the venue has impressive Corinthian-style columns, wonderful stone cellars, a vast auditorium and excellent acoustics.

The stage would intimidate most solo performers. There’s enough room up there to play a Five-A-Side football match and still incorporate an elephant or two.

At seven thirty, a fresh-faced young singer by the name of Samuel Taylor, takes to the stage with an acoustic guitar, a harmonica and a northern sense of humour. I’m always impressed with “double-tasking”, especially when it involves playing a harmonica and guitar at the same time.

Taylor is engaging and self-deprecating. His EP is on sale in the bar, but, he says, no-one has yet bought a copy. Except his mum. She’s bought several. His task is daunting, but he does a cracking job of warming up the crowd.

By the time Nerina Pallot enters stage left, to rapturous applause, the venue is packed. It’s over three years since she last played Bristol and this is a sell out show.

Nerina launches straight into It Starts, her voice soaring and filling the auditorium effortlessly, as her fingers tinkle away on the magnificent Steinway grand piano. The opener segues perfectly into crowd favourite Idaho, from her second album, Fires; a song which sounds phenomenal live.

There’s something about Pallot’s voice that surprises me every time. On record her vocals are precise and pristine, but live they become something else entirely, powerful, commanding, yet fragile at the same time. 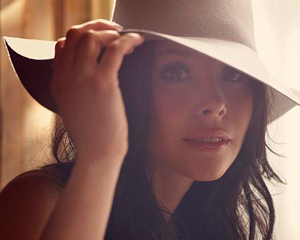 Pallot introduces herself and so begins the familiar between song banter. This is half of the fun of seeing her live: the random thoughts, the meandering anecdotes and the whimsy. It’s never predictable. One minute she’s saying hello, the next she’s talking about why she doesn’t go to see bands play their new stuff, even if that new song is a critically acclaimed, emotionally charged American Civil War of 1792 epic.

Of course, an American Civil War epic of 1792 would be most impressive, since the war is generally understood to have taken place between 1861 and 1865. But that’s not the point.

Between songs Pallot points out the perils of wearing Ugg Boots in the presence of a sexually frustrated rabbit, the hilarious consequences of which I will leave to your imagination. Some might think this a diversion from the task at hand, but you never know when such advice might come in handy.

Nerina switches to the guitar and stands centre stage, strumming a G Chord.

There’s a reason for this - she’s forgotten the set-list. It’s by the piano. She strums and enthuses about the sturdiness of a good G Major. “G’s a good chord”, she says: “This is the kind of chord you could enjoy a good pint with.”

The performance continues with first class renditions of songs old and new, previewing material from her Lonely Valentine Club EP, alongside such favourites as Damascus and Everybody’s Gone to War. New song Love Is An Unmade Bed is a definite high-point, soaked in heart-break and poignancy.

By the time Nerina sits back at the piano for Geek Love, it is evident that she is in complete control. Her performance is superb, the song being precisely the catchy sort of number that lodges itself in one’s head for months at a time. This is followed by the ultimate slacker anthem, Real Late Starter:

Bless the flowers and trees / The birds and the bees / And blessed be the slacker.

It’s the sort of bubbly song that gets under your skin, though being a slacker is not something of which Nerina could ever be accused.

Pallot was never asked to speak in assembly at school, she admits. Standing in St George’s Hall is going some distance towards redressing that balance. The noise generated by the crowd in between Nerina’s main set and the encore says it all.

A previously quiet and respectful audience are now clapping and stomping their feet, with the kind of fervour normally reserved for Iron Maiden gigs. Impressive is not the word.

Recent hit Put Your Hands Up forms the final part of the encore, after which Nerina thanks the audience for coming out on a Saturday night. Her humble approach is genuinely refreshing and she seems taken aback by the response.

Nerina Pallot is firm proof that talent finds a way. In a world dominated by Simon Cowell’s X Factor puppets, it’s nice to know that real musicians are still out there.

I will admit that I’ve always been a sucker for a girl with a guitar / piano. But that does not change the fact that Pallot is a prodigious talent that should not be missed. Or that now I know which major chord to share a pint with.

As to which household appliance is the best to write songs on … I’ll leave that to Nerina to explain.

A brief meeting with Nerina after the concert led to several conversations, though I resisted the urge to mention Wolfgang the Pyrenean Mountain dog. For some reason, it just didn’t seem the clever thing to do.

Culture Meets Cause in Nigeria