'No to cut-backs' signs of the times 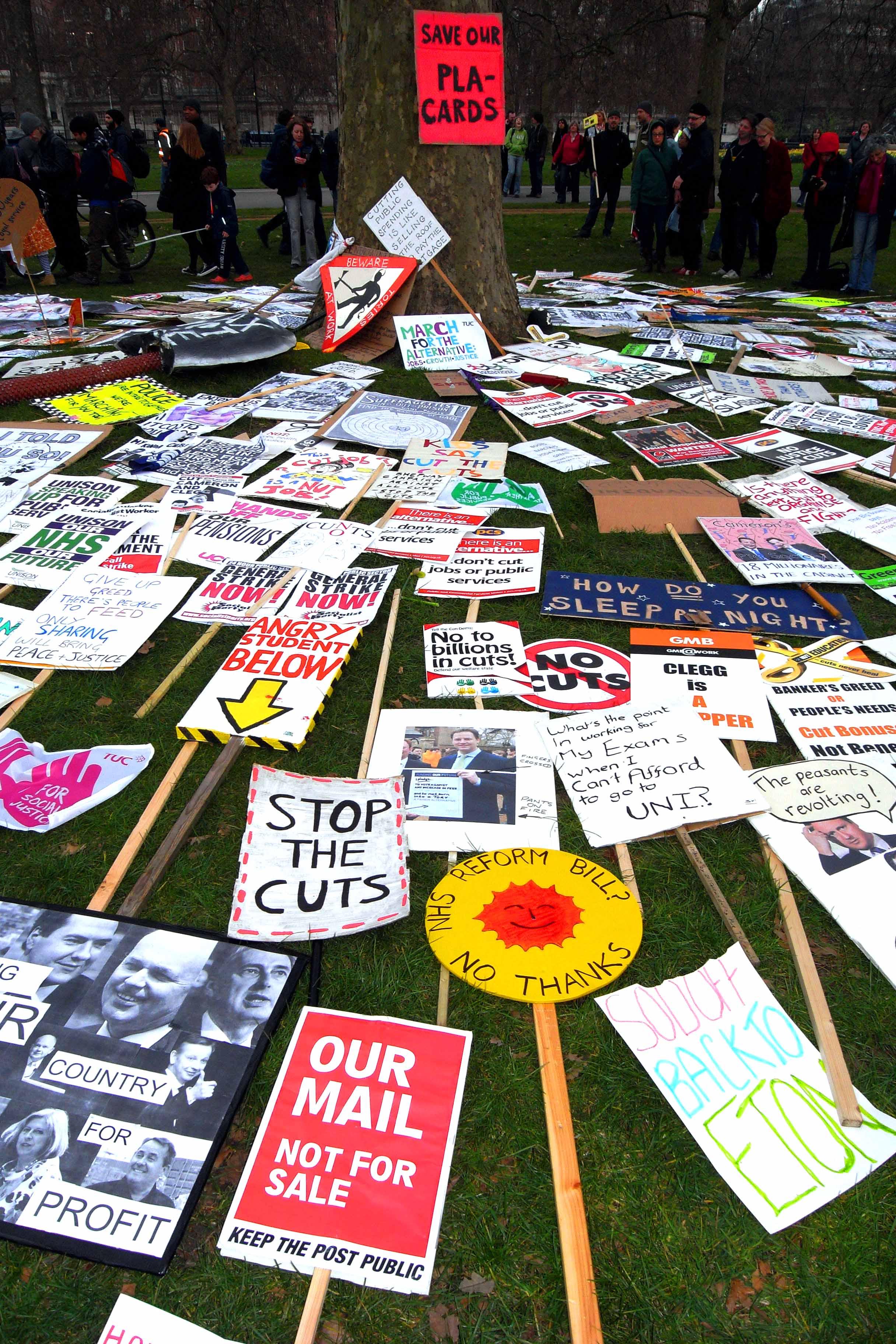 The-Latest Picture Editor Brian Usher captured images of the many placards or "tools of protest" on show at Saturday's triumphant Trades Union Congress organised "March for the Alternative" in central London. 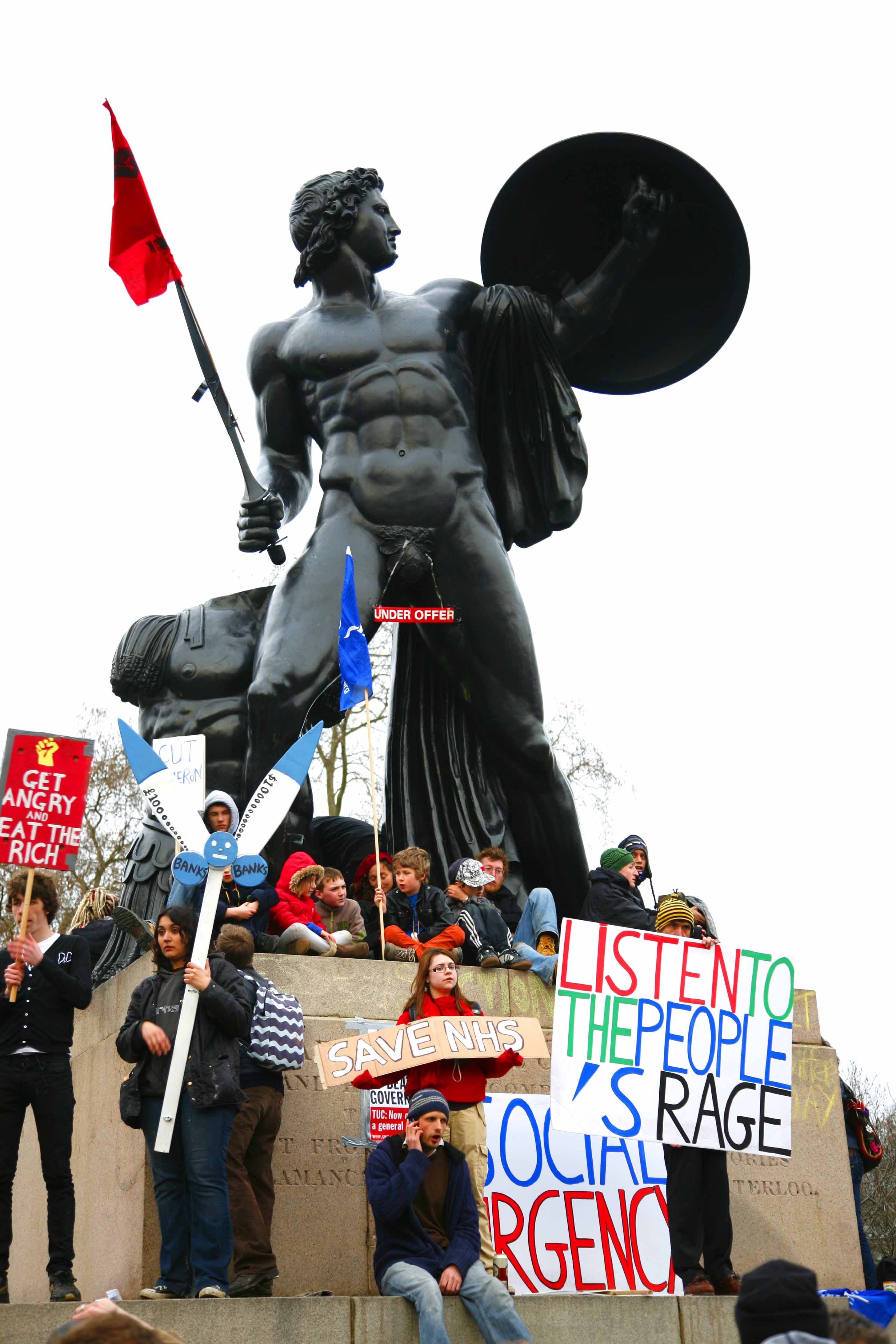 Up to 400,000 people are reported to have been on the demonstration and rally where most carried banners which eloquently expressed their anger and frustration at British coalition government's £81bn spending cuts that will wipe out many public services.

Campaigners, like the Coalition of Resistance Against Cuts and Privatisation, are continuing to fight implementation of the much-loathed policy. And other organisations have taken on the issue of the super rich in society who use accountancy loopholes not available to ordinary people to avoid paying tax, such as billionaire Phillip Green, owner of the Top Shop stores.

Activists from groups including UKUncut have taken direct action on the streets against such businesses.

More impressive than the TUC's one-off march in central London has been the impassioned resistance of parents, the elderly, the young, Black people, women and middle class people who have never before taken part in protests, besieging town hall meetings throughout Britain where local politicians have supported the cuts. Sadly, many of those town hall chiefs have been Labour - a party that claims to be against the cuts.

Why has not Labour leader Ed Miliband championed a national campaign of disobedience and ordered his Labour town hall politicians to refuse to carry out the Conservative-led coalition government's vicious measures? This political failure has resulted in the public taking matters into their own hands.

As we have seen in Egypt, where the democratic process is broken, people have found other means of expressing their grievances through direct action.