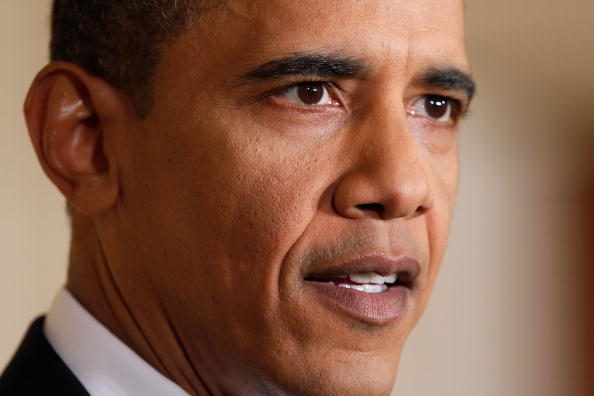 Hired in 2001 by the National Security Agency to help it catch up with the email and cellphone revolution, Thomas A Drake became convinced that the government’s eavesdroppers were squandering hundreds of millions of dollars on failed programs while ignoring a promising alternative.

He took his concerns everywhere inside the secret world: to his bosses, to the agency’s inspector general, to the Defence Department’s inspector general and to the Congressional intelligence committees. But he felt his message was not getting through.

So he contacted a reporter for The Baltimore Sun.

Today, because of that decision, Drake, 53, a veteran intelligence bureaucrat who collected early computers, faces years in prison on 10 felony charges involving the mishandling of classified information and obstruction of justice. 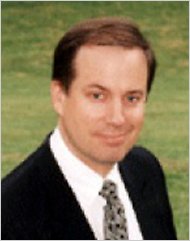 The indictment of Drake was the latest evidence that the Obama administration is proving more aggressive than the Bush administration in seeking to punish unauthorised leaks.

In 17 months in office, President Obama has already outdone every previous president in pursuing leak prosecutions. His administration has taken actions that might have provoked sharp political criticism for his predecessor, George W Bush, who was often in public fights with the press.

Drake was charged in April; in May, an Federal Bureau of Investigation (FBI) translator was sentenced to 20 months in prison for providing classified documents to a blogger; this week, the Pentagon confirmed the arrest of a 22-year-old Army intelligence analyst suspected of passing a classified video of an American military helicopter shooting Baghdad civilians to the Web site Wikileaks.org.

Meanwhile, the Justice Department has renewed a subpoena in a case involving an alleged leak of classified information on a bungled attempt to disrupt Iran’s nuclear program that was described in State of War, a 2006 book by James Risen. The author is a reporter for The New York Times. And several press disclosures since Obama took office have been referred to the Justice Department for investigation, officials said, though it is uncertain whether they will result in criminal cases.

As secret programs proliferated after the 2001 terrorist attacks, Bush administration officials, led by Vice President Dick Cheney, were outspoken in denouncing press disclosures about the Central Intelligence Agency's (CIA) secret prisons and brutal interrogation techniques, and the security agency’s eavesdropping inside the United States without warrants.

In fact, Drake initially drew the attention of investigators because the government believed he might have been a source for the December 2005 article in The Times that revealed the wiretapping program.

Describing for the first time the scale of the Bush administration’s hunt for the sources of The Times article, former officials say 5 prosecutors and 25 FBI agents were assigned to the case. The homes of three other security agency employees and a Congressional aide were searched before investigators raided Drake’s suburban house in November 2007. By then, a series of articles by Siobhan Gorman in The Baltimore Sun had quoted National Security Agency (NSA) insiders about the agency’s billion-dollar struggles to remake its lagging technology, and panicky intelligence bosses spoke of a “culture of leaking.”

Though the inquiries began under president Bush, it has fallen to Obama and his attorney general, Eric H Holder Jr., to decide whether to prosecute. They have shown no hesitation, even though Drake is not accused of disclosing the NSA’s most contentious program, that of eavesdropping without warrants.

The Drake case epitomises the politically charged debate over secrecy and democracy in a capital where the watchdog press is an institution even older than the spy bureaucracy, and where every White House makes its own calculated disclosures of classified information to reporters.

Steven Aftergood, head of the project on government secrecy at the Federation of American Scientists, who has long tracked the uneasy commerce in secrets between government officials and the press, said Drake might have fallen afoul of a bipartisan sense in recent years that leaks have gotten out of hand and need to be deterred. By several accounts, Obama has been outraged by some leaks, too.

“I think this administration, like every other administration, is driven to distraction by leaking,” Aftergood said. “And Congress wants a few scalps, too. On a bipartisan basis, they want these prosecutions to proceed.”

Though he is charged under the Espionage Act, Drake appears to be a classic whistle-blower whose goal was to strengthen the NSA’s ability to catch terrorists, not undermine it. His alleged revelations to Gorman focused not on the highly secret intelligence the security agency gathers but on what he viewed as its mistaken decisions on costly technology programs called Trailblazer, Turbulence and ThinThread.

“The Baltimore Sun stories simply confirmed that the agency was ineptly managed in some respects,” said Matthew M Aid, an intelligence historian and author of “The Secret Sentry,” a history of the NSA. Such revelations hardly damaged national security,Aid said.

Jesselyn Radack of the Government Accountability Project, a nonprofit group that defends whistle-blowers, said the Espionage Act, written in 1917 for the pursuit of spies, should not be used to punish those who expose government missteps. “What gets lost in the calculus is that there’s a huge public interest in the disclosure of waste, fraud and abuse,” Ms. Radack said. “Hiding it behind alleged classification is not acceptable.”

Yet the government asserts that Drake was brazen in mishandling and sharing the classified information he had sworn to protect. He is accused of taking secret NSA reports home, setting up an encrypted e-mail account to send tips to Gorman, collecting more data for her from unwitting agency colleagues, and then obstructing justice by deleting and shredding documents.

Gabriel Schoenfeld, author of “Necessary Secrets,” a book proposing criminal penalties not just for leakers but for journalists who print classified material, said that whatever his intentions, Drake must be punished.

“The system is plagued by leaks,” said Schoenfeld, a senior fellow at the Hudson Institute, a conservative research organization. “When you catch someone, you should make an example of them.”

A spokesman for the Justice Department, Matthew A Miller, said the Drake case was not intended to deter government employees from reporting problems. “Whistle-blowers are the key to many, many department investigations — we don’t retaliate against them, we encourage them,” Miller said. “This indictment was brought on the merits, and nothing else.”

Though Obama began his presidency with a pledge of transparency, his aides have warned of a crackdown on leakers. In a November speech, the top lawyer for the intelligence agencies, Robert S Litt, decried “leaks of classified information that have caused specific and identifiable losses of intelligence capabilities.” He promised action “in the coming months.”

Prosecutions like those of Drake; the FBI translator, Shamai Leibowitz; and potentially Specialist Bradley Manning, the Army intelligence analyst, who has not yet been charged, have only a handful of precedents in American history. Among them are the cases of Daniel Ellsberg, a Defence Department consultant who gave the Pentagon Papers to The Times in 1971, and Samuel L. Morison, a Navy analyst who passed satellite photographs to Jane’s Defence Weekly in 1984.

Under president Bush, no one was convicted for disclosing secrets directly to the press. But Lawrence A Franklin, a Defence Department official, served 10 months of home detention for sharing classified information with officials of a pro-Israel lobbying group, and I Lewis Libby Jr., a top aide to Cheney, was convicted of perjury for lying about his statements to journalists about an undercover CIA officer, Valerie Plame Wilson.

The FBI has opened about a dozen investigations a year in recent years of unauthorised disclosures of classified information, according to a bureau accounting to Congress in 2007.

But most such inquiries are swiftly dropped, usually because hundreds of government employees had access to the leaked information and identifying the source seems impossible. Often even a determined hunt fails to find the source, and agencies sometimes oppose prosecution for fear that even more secrets will be disclosed at a trial.

By Justice Department rules, investigators may seek to question a journalist about his sources only after exhausting other options and with the approval of the attorney general. Subpoenas have been issued for reporters roughly once a year over the last two decades, according to Justice Department statistics, but such actions are invariably fought by news organizations and spark political debate over the First Amendment.

The reporter in the Drake case, Gorman, who now works at The Wall Street Journal, was never contacted by the Justice Department, according to two people briefed on the investigation. With Drake’s own statements to the FBI in five initial months of cooperation, along with his confiscated computers and documents, investigators believed they could prove their case without her. Prosecutors further simplified their task by choosing to charge Drake not with transferring classified material to Gorman but with a different part of the espionage statute: illegal “retention” of classified information.

An Air Force veteran who drove an electric car, Drake has long worked on the boundary between technology and management. After years as an NSA contractor, he was hired as an employee and turned up for his first day of work on Sept. 11, 2001. His title at the time hints at the baffling layers of NSA bureaucracy, with more than 30,000 employees at the Fort Meade, Md., headquarters alone: “Senior Change Leader/Chief, Change Leadership & Communications Office, Signals Intelligence Directorate.”

Chris Frappier, a close friend since high school in Vermont, described Drake then as fascinated by technology and international affairs, socially awkward, with “an incredible sense of duty and honour.”

When he read the indictment, said Frappier, now a legal investigator in Vermont, he recognised his old friend.

“It’s just so Tom,” Frappier said. “He saw something he thought was wrong, and he thought it had to be stopped.”

According to two former intelligence officials, Drake became a champion of ThinThread, a pilot technology program designed to filter the flood of telephone, email and Web traffic that the NSA collects. He believed it offered effective privacy protections for Americans, too.

But agency leaders rejected ThinThread and chose instead a rival program called Trailblazer, which was later judged an expensive failure and abandoned. Drake and some allies kept pressing the case for ThinThread but were rebuffed, according to former agency officials.

“It was a pretty sharp battle within the agency,” said a former senior intelligence official. “The ThinThread guys were a very vocal minority.”

One former NSA consultant recalled “alarmist memos and e-mails” from Drake, including one that declared of the agency: “The place is almost completely corrupted.”

Drake, whom friends describe as a dogged, sometimes obsessive man, took his complaints about ThinThread and other matters to a series of internal watchdogs. He developed a close relationship with intelligence committee staff members, including Diane S Roark, who tracked the security agency for the House Intelligence Committee. She discussed with Drake the possibility of contacting Ms. Gorman, according to people who know Roark.

The subsequent investigation, which included a search of Roark’s house, devastated Mr. Drake, his wife-herself an NSA contractor-and their teenage son.

“For Tom Drake, a man who loves his country and has devoted most of his life to serving it, this is particularly painful,” said his lawyer, James Wyda, the federal public defender for Maryland. “We feel that the government is wrong on both the facts alleged and the principles at stake in such a prosecution.”

Forced in 2008 out of his job at the National Defence University, where the security agency had assigned him, Drake took a teaching job at Strayer University. He lost that job after the indictment and now works at an Apple computer store. He spends his evenings, friends say, preparing his defence and pondering the problems of NSA, which still preoccupy him.

Fear of refugees 'major concern for people across globe'