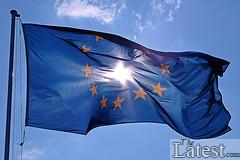 More than 30 of the continent's  African-Caribbean and ethnic minority parliamentarians, policy-makers and experts - including the Editor of The-Latest - will be in Brussels this week for a Black European Summit.

The ground-breaking   initiative follows President Barack Obama's visit to Prague on April 4-5 for talks with the heads of 27 European Union states.

It is being organised by the US Congress-based Helsinki Commission and European Parliament Socialist Group whose senior representatives at the event will be Congressman Alcee L. Hastings and Harlem Desir, the Black French MEP. They want to share ideas on fiscal and racial matters that continue to divide societies on both sides of the Atlantic.

The summit, to be held April 15-16 in the Belgian capital, seat of the continent's major legislative and economic institutions, will float some special initiatives. These include a US-Europe network of Black and minority policy-makers that can identify barriers and opportunities for economic and political participation.

The summit initiative occurs amidst fears that the benefits of Mr Obama's recession-busting policies will not trickle down to especially vulnerable Black and minority ethnic workers in the major powers.   Not in Gordon Brown's Britain, Nicolas Sarkozy's France, Angela Merkel's Germany or Silvio Berlesconi's Italy.

Today, in Europe of the ex-colonial powers, the unskilled labourers, many of them of African heritage, are a significant portion of the marginalised working class.

Among them are Africans and Caribbeans, Moroccans, Turks, Algerians and Romas in economically deprived urban districts from Oslo to London, Amsterdam and Paris. Their fellow citizens are trapped in the mean industrial towns of Belgium and Germany. Additionally, every day, desperate, job hungry, rough-hewn African migrants arrive to an unwelcome and uncertain fate on the shores of Spain, Portugal and Italy.

Recent statistics show that in Britain and Europe the unemployment rates of African Caribbeans are nearly double that of white people. British reports say the rates are three times that for Pakistanis and Bangladeshis, and civil rights groups say they are off the charts for Romas on the continent. This comes as business and industries shed record numbers of jobs in early 2009.

US President Barack Obama has stressed the "sense of urgency" needed to deal with the global economic crisis. However, hauling European nations out of recession must unleash the creative energies and civic participation of Europe's long-deprived Black and minority peoples.

Editor of The-Latest Marc Wadsworth, who led the Labour Party Black Sections campaign which paved the way for the election in 1987 of four Black MPs in Britain, said: "For me the most important thing about the event will be the opportunity for Black and minority ethnic politicians and activists from America and Europe to meet, share ideas and make concrete plans for how we are going to tackle the major challenges facing our people."

Without economic actions to promote free labour markets and equal opportunities - Europe's post-recession cities are destined to succumb to the same Black-white, race-class tensions and riots that plague American society.

* Thomas L Blair is editor and publisher of The Chronicleworld Weblog -- For Creative renewal of Black Britain & the African Diaspora http://chronicleworld.wordpress.com. He is the author of the just published E-book, The Audacity of Cyberspace  — The struggle for Internet power (Google Amazon).