An Ode to the Beeb and the Tv Licence 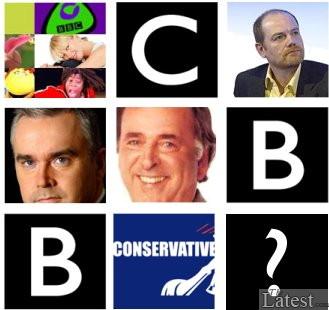 We live in a nation of complainers. It seems that the last few weeks have brought about a Mary Whitehouse-style backlash against the media. People have been able to condemn programmes without having seen or heard them, most notably in the famous case involving phone calls to a largely-forgotten actor from Fawlty Towers.

With Christmas fast-approaching and thousands of hours of repeats gracing the box, one thing is likely to hit the news again: the Tv licence.

It has already received plenty of bad press over the charges and the 'intimidating' adverts ensuring that people buy the licence. Really though,it's similar to anti-drink driving adverts or an infomercial regarding the details as to why murdering someone in cold blood is not the best idea - it's against the law to own a Tv and not have a licence. It has been for a long time. People should know better.

One notable example was Noel Edmonds who, shortly after telling us all that his late parents were orbs of light, said the Tv licence was a sham and would not pay for it. I hope he gets rinsed for it, particularly making most of his riches off the back of it in the 70s, 80s and 90s.

Then again, since moving away to university a few years ago and then getting a job and dealing with real life (and real bills), the TV licence is one of those things I'm not a massive fan of paying. It feels like money could be better spent, even if the fee of  £139.50 is split between myself and others.

Still, when I look at the amount of things the BBC has done for me, it's hard not to justify paying that amount. It's actually quite staggering.

Aside from the obvious bonus that there is largely-uninterrupted   TV across a variety of channels after the advent of Freeview, radio also provides entertainment from both national and local stations and delivers the widest variety of content.

I've always been a huge radio fan, with my interests turning away from commercial radio stations such as talkSPORT and Virgin Radio (now Absolute). The BBC has answered my demands with a huge amount of choice and happily provides me with World Service when I'm abroad - something that is vastly underrated.

People have access to classical music on Radio 3, sport on 5 Live, popular music on Radio 1 and the brilliant George Lamb on 6 Music (although I may be in the minority on that last one). Sadly, too many people are quick to write radio off as a media outlet. I think it's the best one going.

The expansion into digital media is probably the greatest bonus to the licence-payer. With a relatively recent update to the iPlayer facility, people can watch any original programming on the BBC's website from any Tv channel or radio station. Even going on the news or sport sites can link you to shows currently on the box such as Match of the Day or BBC News 24.Everything you need is at your fingertips.

Of course, the BBC is also an elite training area for some of the world's finest journalists and TV stars, seemingly less-affected by the cult of celebrity than others. If a journalist tells you that they would turn down a job offer with the BBC, they are a liar and you have permission from me to give them a hearty slap about the face.

If it weren't for the BBC, charities would not get the platform they deserve, with Children in Need and Comic Relief doing massive amounts for people across the world and highlighting causes we would otherwise never know anything about.

If the licence idea was dropped, the channel would either need advertising, telethons or government subsidies. If there were ad breaks, people would go insane. Should the BBC do a telethon to raise funds, it would not generate sufficient income and the Beeb would become a laughing stock. If it was bankrolled by the government, people would complain about taxes and the potential level of political bias in BBC programmes due to their financial affiliation.

Essentially, the nation would complain even more.

This is what I say to the non-believers and constant whiners: keep your  £139.50. Force the BBC to decommission their stations from your Freeview and Sky. Have fun watching ITV2+1 and Nuts TV. Make sure you enjoy what's left of the Dave channel without any of the BBC's contributions.

However, I'm not so sure that you can get a year's worth of quality entertainment at the same price.

Not an all Black Vogue afterall