One man's year of junk mail 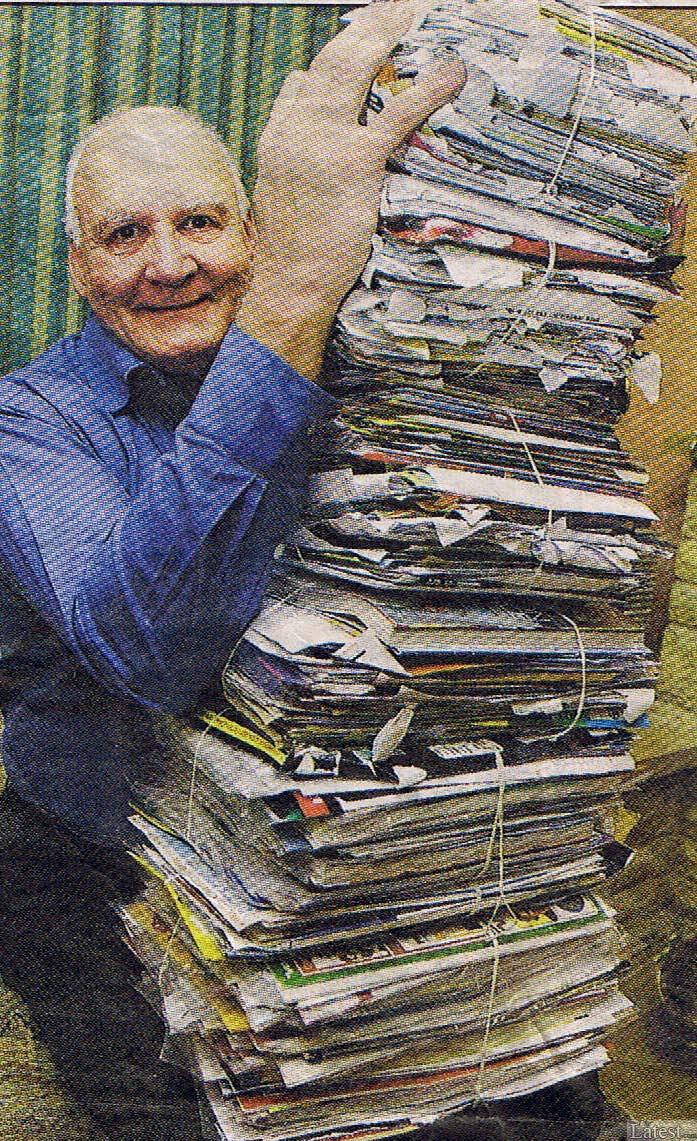 Nothing annoyed Gerry Ranger in 2008 more than the stream of junk mail coming through his letter box. So the retired British taxi driver decided to show how much time, money and other resources go into the unwanted items.

After totting up the 12-month total on New Year's Day, he found he had a 37 inch high pile of 701 letters, pamphlets and brochures weighing 70lb.

This was despite the fact that Ranger, 72, of Stratton, near Cirencester, Gloucestershire, has asked companies who send him such mail to stop and registered with a firm which seeks to have people taken off mailing lists. Among the the missives were: 84 holiday and car brochures, 48 clothing brochures and magazines, 42 items of credit card mail, 33 charity appeals, 30 home, personal insurance or health plans and 14 letters from Saga, the holiday company for senior citizens.

Ranger said: "I'm just one household and I've received 70lb of junk post in one year - think how much there would be if you multiplied it by all the houses in the country."

He added: "Most of it goes into people's bin without ever being looked at. Firms are paying to produce and send it and postmen and women are having to deliver it. We'd all be a lot better off if it were banned." The environment-conscious father of two, who has three grandchildren, said he hated the thought of so many trees and so much energy going to waste. "Even more annoying is that a lot of it was not even made from recycled paper or other sustainable products," said Ranger.

The pile included many invitations to enter competitions for cash. He noted: "If I had won them all I would be  £3.3m better off."