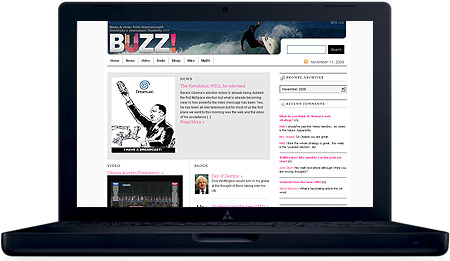 This week, the Committee to Protect Journalists published its year-end analysis of work-related fatalities among journalists. Six of the 42 victims worked online.

Danny O’Brien, Committee to Protect Journalists (CPJ) Internet Advocacy Co-ordinator highlights the stories of these six journalists who worked on the Web.

Sokratis Giolias was a founder of the popular Greek news site Troktiko, a 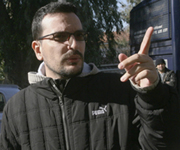 plain-looking blog that became one of the most visited Web destinations in Greece. The site was shuttered after Giolias was gunned down outside his home in a pre-dawn attack in July. Giolas' colleagues said he was working on a story related to corruption. Athens police said that bullet casings from the scene matched handguns used by a local radical group called the Sect of Revolutionaries.

Belarusian journalist Aleh Byabenin founded Charter 97, a pro-opposition news site based in Minsk. He was found hanged from a stairway in his summer home outside the capital on September 3. The authorities immediately declared the death a suicide, even though Byabenin left no suicide note, was in excellent health, and was making plans with colleague’s hours before the death. Charter 97 continues to operate and is covering Belarusian elections set for Sunday.

Azamat Ali Bangash was one of three journalists killed in 2010 while working for the Pakistani news network, Samaa TV. Like many local correspondents across the world, he operated in multiple media, writing for news agencies as well as producing online content. He was among more than 40 people killed when suicide bombers attacked the Shiite refugee camp he was documenting. Pakistan emerged as the deadliest place for the press this year, with at least eight journalists killed there in connection with their work.

Sardasht Osman, a freelance reporter working in northern Iraq, contributed stories to news websites such as Sbei, Awene, Hawlati and Lvinpress. He was found shot in Mosul after being abducted from an Arbil university campus where he was a final-year English student. Before the attack, Osman had received a number of threatening phone calls telling him to stop writing about the Kurdistan Regional Government and its officials.

Jean-Léonard Rugambage, an editor of the online newspaper Umuvugizi,was assassinated in front of his home in Kigali, Rwanda, in June. The newspaper 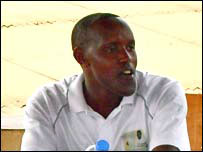 was banned by the government in April, but it continued to operate online. Rugambage was the last Umuvugizi journalist left in Rwanda after his colleagues had fled the country in the face of threats and intimidation. He was planning to join his fellow staffers in exile after he, too, began receiving phone threats.

Brazilian Francisco Gomes de Medeiros wrote stories for his personal blog as well as reporting for the local station Radio Caicó. He was shot by a gunman on October 18 in front of his home. By December, investigators said the suspected killer had been working for an imprisoned drug trafficker whose work had been affected by Gomes' ongoing crime coverage.

The online journalists whose killings we recorded this year worked across all media. Some, like Rugambage, were pushed into using the Net as the only permitted way to disseminate their work. Others, like Giolias, chose the Internet, and found it to be their perfect medium, gathering huge audiences through their rapid, informal newsgathering and commentary.

All were killed not because of how they published their stories, but because of dangerous, revelatory content of their work - whether it was investigating their local governments, documenting sectarian violence, or uncovering the extent of organized crime.

CPJ continues to investigate the cases of 28 other journalists in 2010 to determine whether their deaths were work-related. We'll publish our final list in early January.

*You can read the full statistics about journalists killed this year and the CPJ  special report .

Skulls confirm we're all from Africa