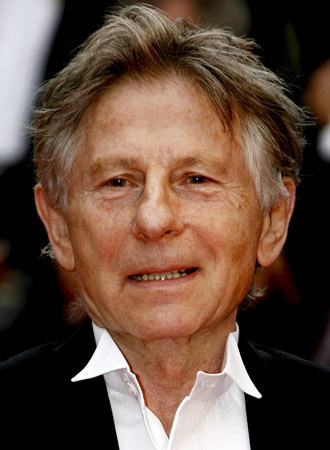 Another Cannes film festival has ended in France and featured in its numerous news headlines was the 76-year-old Oscar winning film director Roman Polanski. But, no, not for directing or acting in a movie.

Eight festivals after winning his coveted Palme d’Or prize with the movie The Pianist, this year, Polanski – who is under house arrest in fashionable Gstaad, Switzerland, for sleeping with a 13-year-old in 1977 - was helped by more than 100 filmmakers at the festival, who signed a petition to prevent the French-Polish national’s extradition to the United States.

Polanksi, who in 1978 pleaded guilty to unlawful sexual intercourse with teenaged Samantha Gaimer, and also faced other underage sex charges, fled the United States while on bail and has not returned since.

On Friday there were fresh allegations by British actress Charlotte Lewis that Polanski sexually abused her in 1982 when she was 16. Lewis, accused Hollywood of giving the wrong message to paedophiles and, according to the Daily Mail, she is now helping Los Angeles prosecutors in their case against Polanski. Describing his assault on her, she said he had told her: “I must sleep with every actress that I work with.”

It was in this way that Polanski pressured young, innocent actresses to sleep with him, according to Miss Lewis. However, Polanski’s sex crimes seem to have become more of a “celebrity gossip” topic than the tale of a true, serious criminal offence.

Even the French President Nicolas Sarkozy became involved in the affair by hand-delivering a letter from Polanski to American President Barack Obama during the April summit in Washington. Seeking compassion, in the note Polanski said that his two months spent in a Swiss jail, before being moved to the chalet in Gstaad, was enough punishment for fleeing American justice. The White House, nonetheless, denies receiving the letter.

Award-winning director Woody Allen, 74,  is a leading Polanski supporter. He was among the filmmakers who signed the petition at Cannes demanding Polanski’s release. Then again, Allen couldn’t really speak against his fellow director. In 1992, Allen began sleeping with his lover Mia Farrow’s (then) 22-year-old adopted daughter, Soon-Yi Previn, before he married her. Standing up for Polanski, he said: “He’s an artist, he’s a nice person. He did something wrong and he paid for it.”

Did he pay for it? If fleeing the country of prosecution, spending 45 days in jail and then being detained in a luxury chalet in Switzerland is what a rapist needs to do to pay for his crime, then he did. Polanski is a cultural icon and there is a double standard among his peers about his criminal sex with under-aged girls.

He’s a star, he’s a brilliant director he’s gifted, and he won the Palm D’Or. He is also a father. But, in law, he is a rapist. Should Polanski be excused from paying for his crimes unlike other ordinary members of the public?

Polanski is among several high-profile paedophiles that have got off lightly when prosecuted or escaped the long arm of the law completely. Former British pop singer Gary Glitter was arrested in 1997 after thousands of child pornography images were found on his laptop’s hard drive, but not for long. He was also charged with having sex with 14-year-old Alison Brown. Soon afterwards, he fled on his yacht to Spain and then travelled to more than 10 different countries.

In late 2006, aged 61, Glitter was convicted again - this time, of molesting two girls, a 10 and an 11-year-old, at his home in Vietnam. He originally faced possible child rape charges carrying the death penalty, but prosecutors did not find enough evidence for those charges. At one of two appeals in 2007 his sentence was reduced by three months for good behaviour.

Then there was American super star Elvis Presley, who married 14-year-old Priscilla when he was 24. And Michael Jackson’s alleged abuse of boys. These mega personalities were never punished by the criminal justice system.

Perhaps there will always be something to excuse them from the penalty a common person would get because of the celeb's shed loads of money, claims by expensive, cunning lawyers of “lack of evidence” and the support of adoring, gullible fans. What this misses is that being a celebrity, no matter how brilliant, rich or famous they are, does not put them above the law.

Why I growl at fatcat Non-Governmental Organisations

How Obama has been 'flip flopping' to the right

Tragedy of Jamaica's lethal cocktail of crime and politics