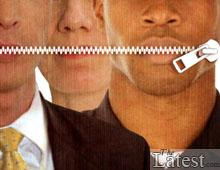 Would-be whistleblowers in Parliament have been warned they will face "severe sanctions" if they divulge information to journalists about the work of parliamentary select committees.

The House of Commons has wide-ranging powers to act as a court in its own right and can summons offenders to the bar of the House of Commons, reprimand and even jail those who breach its rules. It also has the power to suspend and expel Members of Parliament.

The latest warning comes as the row rumbles on over alleged leaks to newspapers by Tory frontbencher Damian Green which prompted police to raid his offices last week and question him for several hours.

The cross-party Standards and Privileges Commitee has issued its warning after unauthorised leaks to the Daily Telegraph and the Financial Times.

Journalists on both newspapers were asked to help identfiy the source of the leaks but told Parliament they were unable to do so.

In the first case the watchdog committee investigated the leak of briefing notes prepared by the European scrutiny committee on the mandate for the intergovernmental conference which led to the Lisburn treaty.

George Jones, the then executuve editor, politics, for the Telegraph, told the committee: "I'm afraid I cannot be of much help as the document arrived anonymously in a brown paper envelope".

The article appeared in the Daily Telegraph on the June 26 2007 - but the report on the matter was just published this week.

In its report the committee said: "All those who received the papers officially, or who had authorised access to them, have told us that they were not the source of the leak and nobody has been able to explain how the papers came to be leaked".

The second case involved the draft report of the Home Affairs Committee on the government's counter-terrorism proposals, extracts from which appeared in the Financial Times on December 5, 2007, the day after the report had been circulated to the committee.

Jimmy Burns, of the Financial Times, was asked by the committee for help "in removing that cloud of suspicion from as many of those as possible on whom in falls unfairly".

Burns told the committee: "I am in a difficult position, I have enormous respect for the seniority of the committee and for the role it plays. However, I think, as your letter recognises, I have to be bound by my professional obligations. While I would ordinarily wish to help the committee, I cannot see any way that I can do so while meeting those obligations.

"Complying with any of your requests would make it easier for my source to be identified and so I must decline."

The committee told the Commons: "The unauthorised disclusure of a draft report, or of any advice to a select committee, not only betrays confidence but can damage trust between membrrs, and between membrrs and those who work for or with them,.

"It also undermines the effectiveness of a committee's work. Leaking is a rephrehensible act and in any case, where this comittee is able to discover the source of a leak it will be prepared to recommend appropriatley severe sanctions."