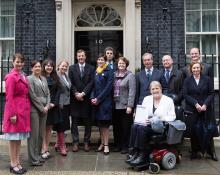 Leaders of the British parliament's marginalised minor parties - some of them bitter opponents - joined forces today to call for voting reform in a rare show of unity.

They came together following the most unfair national poll result in UK history this month, something commentators have called Britain's broken democracy.

The electoral process is ‘rigged.’ Not since the rotten boroughs of the eighteenth century have elections been so corrupt - Peter Tatchell

It follows an election result in which the Greens and UKIP received five million votes and just two parliamentary seats; the Liberal Democrats got just one per cent of seats on eight per cent of the vote; while Plaid Cymru won 12% of the Welsh vote but just three seats in Wales.

Britain's leading human rights campaigner Peter Tatchell, a Green Party member, told The-Latest: "This is not democracy. It echoes the gerrymandering and ballot-rigging of two centuries ago, which galvanised the [direct action] Chartists to campaign for a democratic, representative parliament."

He added: "The electoral process is ‘rigged.’ Not since the rotten boroughs of the eighteenth century have elections been so corrupt." 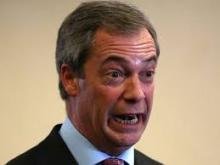 Nigel Farage MEP, UKIP's leader, said: “This campaign for electoral reform is vital, now. The results of the general election where five million votes, the views of five million people are now represented by only two MPs; four million people voted for UKIP, for only one seat. It cannot go on like this."

He went on: "It is important to be here, with the Electoral Reform Society supporting its campaign to make votes match seats. I’m also delighted to be joining with Douglas Carswell, who has campaigned for political reform for years and is leading the UKIP charge for this in the House of Commons.”

Natalie Bennett, remarked: “The recent election has demonstrated that we need real change in our constitution. We haven’t seen significant reform at Westminster since women got the vote, and that was in 1918 – we shouldn’t get to the centenary of that without getting a fair voting system. The Green Party would have got at least 24 seats under a fair voting system on May 7 – we only have one under our current unfair system. We need a total rethink of the way we vote.”

SNP British parliamentary leader Angus Robertson MP, commented: "The Westminster system is badly in need of reform. The SNP has done well under First Past the Post this time but we have always supported proportional representation and will continue to do so. From an unrepresentative voting system to the unelected House of Lords, SNP MPs will be a strong voice in the coming years for the change we need to see.”

Liberal Democrats president Baroness Sal Brinton, said: “The Liberal Democrats have long said we need PR [proportional representation], because one of the things that’s becoming clear over the past two to three General Elections is that people feel their votes don’t count – it cannot be more stark than the election we’ve just had. Now I may disagree with what UKIP stand for, but for nearly four million people to vote for a party and have just one MP is just outrageous.”

Alex Runswick, of Unlock Democracy, pointed out: “Parties from across the political spectrum are united in their recognition that our voting system is simply not fit for purpose. When half a million people and the leaders of five political parties are all simultaneously calling for a fairer voting system, it’s time to sit up and take notice.”

Electoral Reform Society's Katie Ghose, said: “This election delivered the least proportional result in history. That’s because our two-party electoral system cannot cope with the fact that people want to vote for a variety of parties. It’s time we had a fairer voting system that accurately translates votes into seats in Parliament.” 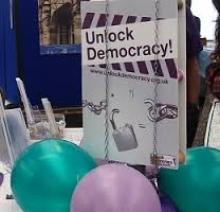 Owen Winter, member of the Youth Parliament for Cornwall and Change.org petitioner, commented: “Like me, thousands of young people are disillusioned with our current voting system and would like to see it change. When I can vote in 2020, (I’m 16 now) I would like my vote to count which is why I started one of the petitions we're handing in today.” Owen (who is revising for his exams) was represented today by Rhammel Afflick and the British Youth Council, which also backs voting reform.

Afflick said: "We are working to keep young people engaged in politics. We do care but we want fair votes. Use us or lose us".