The quixotic militant was hanged in Trinidad, aged 41, for his part in the murder of two errant followers. In his heyday, Michael X (birth name De Freitas) hobnobbed with stars such as Mick Jagger and the Beatles, aristocrats and gangsters, including notorious slum landlord Peter Rachman, for whom he was once an enforcer.

His daughter, Jennie Minney, told The-Latest: "My father was lovely, he was horrible, he was human. Had he been at the party he would have walked in, dressed impeccably, and greeted people in his charming way."

Cardiff-born son Royston Casanova, who was adopted by Michael X as a young boy, remembered doing plumbing and carpentry work at his father's famed 'Black House' in Holloway Road, north London. He said: "I remember going to Mick Jagger's house. I preferred him to Paul McCartney and the Beatles. I thought they were too big headed."

He added: "There have been lots of lies told about my father. Some people said he had so much money he gave me a house. But that was not true. He was very generous but he was betrayed by people he thought were his friends. I'm not saying he was an angel. But he really did help a lot of people and that's what I remember him for."

According to the book's publishers Century, the Michael X story is a tragicomedy of the 1960s. It's the extraordinary tale of "a hustler from Trinidad who conquered swinging London". 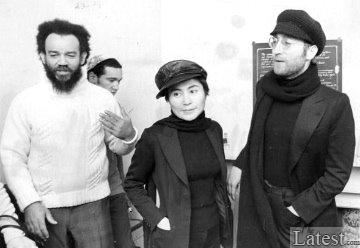 He was the charismatic man who knew everyone from Muhammad Ali to Malcolm X, John Lennon, William Burroughs and Leonard Cohen. Michael X, the son of a Black Barbados-born mother and white Portuguese shop-keeper father, was the public face of Black Britain until the news media tired of him and he fell victim to the classic mistake of believing his own hype.

He hit the headlines when he was sentenced to 18 months in jail, under a new race law, for publicly urging the shooting of any Black woman seen with a white man.

In 1969, under the name Abdul Malik, he founded the Racial Adjustment Action Society (RAAS), and became the self-appointed leader of a Black Power commune based at the Black House. It was financed by Nigel Samuel, a young white millionaire dropout benefactor. Former publisher Margaret Busby, one of Michael X's contemporaries, observed: "The grandiloquent Racial Adjustment Action Society was primarily an excuse for the mocking acronym RAAS - a popular Jamaican obscenity."

Michael X said: "They've made me the archbishop of violence in this country. But that 'get a gun' rhetoric is over. We're talking of really building things in the community needed by people in the community. We're keeping a sane approach."

John Lennon and Yoko Ono donated a bag of their hair to be auctioned for the benefit of the Black House. The commune eventually ran out of money and closed in the autumn of 1970.

Later the Black House burned down in mysterious circumstances and soon Michael X and four colleagues were arrested for extortion. His bail was paid by John Lennon in January 1971.

The following month he fled to his native Trinidad, where he started an agricultural commune devoted to Black empowerment 16 miles east of the capital, Port of Spain.

Michael X dreamed of becoming the country's president. Instead two dead bodies were found on his land and he was convicted of murder and executed three years later in 1975 despite the best efforts of his celebrity supporters.