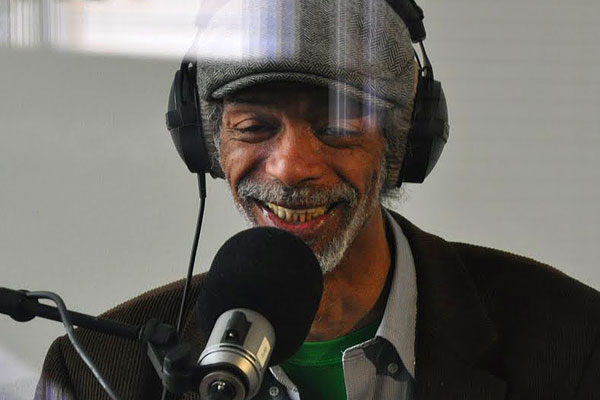 Undoubtedly, one of the most influential musical poets of the post-modern era, Scott-Heron's sharp and visceral commentary of a post-civil rights America, with its writhing poverty, racism, unemployment and inner city decay, became the voice and conscience of a disenfranchised generation. 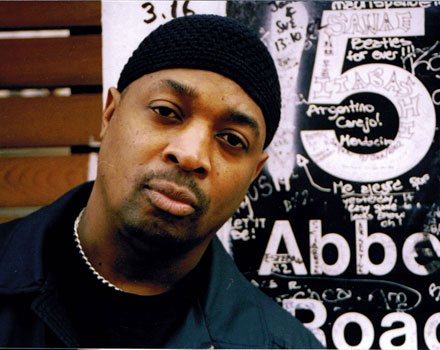 The title track from his 1970 semaphore/debut album, Small Talk at 125th and Lenox, is the classic, The Revolution Will Not Be Televised, which is hailed as the modern proto-rap record.

On hearing of Gil's passing on May 27, Chuck D of 1990s political rap group, Public Enemy tweeted, "and we do what we do and how we do because of you. And to those that don't know tip your hat with a hand over your heart & recognise".

My own romance with Gil's blend of lyrical majesty and political chivalry began with that same classic track which I sampled for use in my first single released in the early 1990s. At that time, the reputation of Gil and other similar politically-charged poets like Harlem, New York's The Last Poet's', was a major influence on the emerging US rap scene, despite him not having released a new album for almost a decade since the early 1980s.

He is credited as the "Grandfather of Rap", although he preferred the moniker of, "bluesologist", labelling his music a fusion of poetry, blues, jazz and soul. You only have to listen to his various ballads and song's like A Lovely Day from his From South Africa to South Carolina album to appreciate the full range of Gil's lyric and musical repertoire and to remind yourself that he was not solely a political artist. 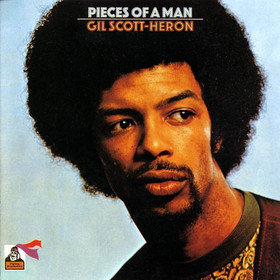 Gil's poetry and music made an indelible mark on the human consciousness.  His second album, Pieces Of a Man, produced the sublime, Lady Day and John Coltrane, is a homage to jazz legends Billie Holiday and John Coltrane. The cutting edge track, Home Is Where the Hatred Is, describes Gil's desperate life-long battle with drug addiction against a backdrop of wider community alienation and disillusionment.

For me, it was Gil's ability to both celebrate and berate at the same time which was his gift to the world: to give a voice to the voiceless and tell their very human story. The ubiquitous story of coexisting with rising joy and sinking pain; this became his trademark.

His lyrical dexterity, charm and poise wrapped his words within a cerebral vacuum which was hard to punctuate or leave once you were caught up in it. Listening to Gil's poetry and music liberates the spirit and yet hold it prisoner at the same time. He possessed perhaps, the stark romance of Keats, and the gritty realism of Dylan, combined.

Throughout the 1970s and early 1980s, Gil's new studio albums emerged, such as: Winter in America (1974), with the classic, The Bottle and the emblematic anti-apartheid, Johannesburg of From South Africa to South Carolina (1976). His last album for Arista Records was Moving Target in 1982.

The son of a Jamaican father, Gil Heron, nicknamed "The Black Arrow", was a soccer player who, in the 1950s, became the first Black athlete to play for Glasgow Celtic Football Club in Scotland - a little-known amazing fact.

Having attended Lincoln University in Pennsylvania, he left after around two years to write the novels, The Vulture and The Nigger Factory. The former was published in 1970 and was well-received.

He obtained a Master's degree in creative writing in 1972 from Johns Hopkins University. Around this time, the Black Power movement had succeeded the assassinated Malcolm X in America and Gil's writing and musical themes became a soundtrack of that time. In fact, he acknowledges both Huey P Newton, co-founder of the Black Panther Party, and Malcom X as influences on the sleeve of his debut album.

Gil was the first signing to Arista Records. Arista was ex-Columbia Records chief Clive Davis's new label. He later signed Earth, Wind & Fire and Aretha Franklin amongst others. His prolific music career with Arista lasted 10 years from 1975 to 1985 and produced eight studio albums. After he left Arista, Gil did not record any studio albums for almost a decade until he signed to TVT Records in 1993 and as if from nowhere, released, Spirits.

I recall hearing its seminal track, Message to The Messenger on cassette format using my Sony Walkman and headphones. The young effervescent voice of before was replaced by a seasoned growl, but the poignant lyrical brilliance and the familiar faltering and vulnerable vibrato that ended almost every note, remained. With its infamous synth baseline melody and hi-hat intro accompanied by Gil's gently humming the melody before unleashing his diatribe against the new generation of rappers.

He reminded them of their shortcomings and responsibility alike; this cogent and damming part soliloquy, part lecture, re-affirmed Gil's return and affirmed his new status as the elder statesman for a new generation. His later years were marked by prison terms for drug possession and failing health allegedly caused by him contracting HIV.

After his release from prison in 2007, Gil began performing again and a series of concerts, radio and TV interviews confirmed his return to music. He released his new album, I'm New Here only last year and it received worldwide critical acclaim and introduced Gil to a new generation. He began touring and performing again throughout 2010 with some high profile concerts in London. He appeared to be back in the spotlight and enjoying it.

My enduring memory of Gil was during his performance at a London venue more than 10 years ago. Older and more frail, his towering slim frame housed a bellowing angelic prose that shook the room and the hearts of the audience. The atmosphere was electric and Gil presided over his followers in an almost pastoral, spiritual way. His presence and status was palpable and his commitment to political freedoms everlasting. RIP Brother Gil.

*Clive Powell is a jazz writer and broadcaster.

MC award winners kick up a storm on YouTube