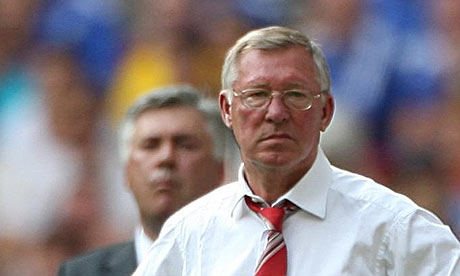 Manchester United and Chelsea football teams will meet on Sunday in what is a potential title decider for the world famous British soccer teams, writes John Wisdom.

Currently United, whose famed manager Alex Ferguson is pictured left, are sitting three points ahead in the UK Premier League table, however victory for Chelsea would see them go top of the table with only two  games of the season left.

Chelsea’s ability to overhaul what was a 15 point deficit is testament to their battling qualities, and manager Carlo Ancelotti will be extremely pleased that they have managed to get themselves into a position from which they can win the league through their own actions.

The Blues have at times been lucky, particularly last week in their match against Tottenham but they have failed to regain the form that they showed in the opening few months of the Premier League when they threatened to run away with it. However, the run-in to the end of the season is not about how you play, but about getting the results. Since beating Manchester United at  Stamford Bridge on the 1 March, Chelsea have gone on to gain 22 points from a possible 24. 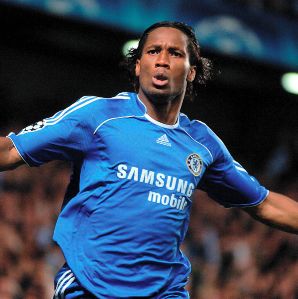 Ancelotti is once more faced with a selection problem. Does he start with Didier Drogba and set his team up in the 4-3-3 formation in which they seem most  comfortable? Or does he attempt to play 4-4-2 with both Didier Drogba and Fernando Torres up front together?

The Ivorian put in such a strong performance against Manchester United after  coming off the bench the last time these two teams met at Old Trafford that it wouldn’t be a surprise to see Torres relegated to the bench. Manchester  United are still in the driving seat and you wouldn’t want to bet against them  at Old Trafford. Their home form this season has been exceptional, winning 16 times and drawing only once, back in October against West Bromwich Albion.

The Red Devils have reverted from a position where they almost had one  hand on the trophy, to an intense pressure situation. If there is one manager who will know how to prepare his team for such a game it is Sir Alex Ferguson. Michael Carrick and Anderson (full name Anderson Luis di Abreu Oliveira) found themselves outnumbered in the midfield last weekend at the Emirates Stadium. 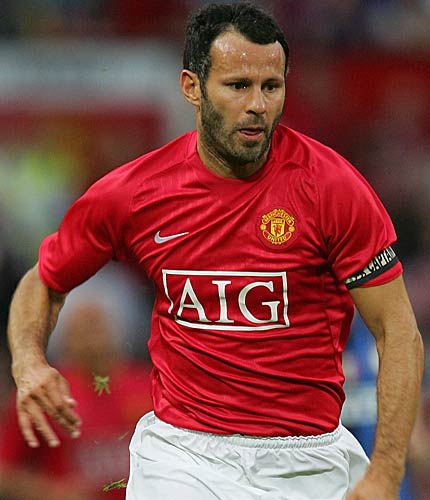 However, the return of Ryan Giggs to the starting line up, who proved  influential in defeating Chelsea in the Champions League quarter final, and Paul Scholes to the bench, coupled with the home advantage should see  United enjoy far more possession then they did down in London.

This game will be full of tension, regardless of the quality of football. Sir Alex  Ferguson and Manchester United are still in command of their destiny going  into the biggest game of the season so far.

Tale of a British loser and US winner

Top soccer boss: 'give our youngsters a chance'