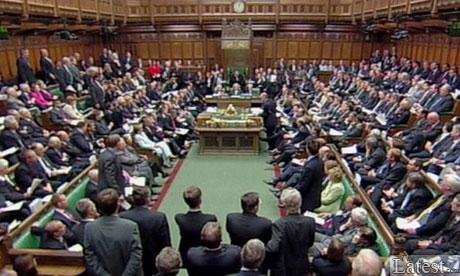 Gordon Brown is facing a fresh rebellion in Parliament for standing in the way of the aspirations of Black and ethnic minority people by blocking the introduction of all-Black short lists for constituencies in the British Government's flagship Equalities Bill.

An all-party amendment to the bill will be tabled by Diane Abbott, Labour MP for Hackney North and Stoke Newington, to allow political parties to introduce such lists after the Government pulled back from implementing the measure. It will be supported by the Liberal Democrats.

John Bercow MP, a Tory, was also in favour when he was a backbencher. Now he is Speaker he has to remain impartial, but if there is strong support from Labour and Lib Dem backbenchers for a change he is likely to be sympathetic to calling any amendment wanting a change when the bill comes back for third reading and report in the House of Commons.

Equalities minister Harriet Harman, who says she personally backs all-Black short lists, admits she compromised her views in the legislation she presented before Parliament. She said she was under pressure not to include such a radical measure and that Number 10 was at best  "agnostic" about the change. She also faced opposition from some Black MPs and candidates to the idea.

There is growing evidence that some Government ministers and ex-ministers will break ranks and back such a measure. These include innovations minister David Lammy and former minister Parmjit Dhanda, MP for Gloucester, who has reversed his opposition to the idea, and Keith Vaz.

There are 13 African Caribbean and Asian MPs when proportionally there should be about 60.

Simon Woolley, director of Operation Black Vote, produced a report   for Harriet Harman advocating the phased introduction of lists. He said:  "Number 10 lost its nerve when it came to it. They were afraid of a backlash from the Daily Mail and chat show hosts like John Gaunt and Nick Ferrari. They also found some black MPs in mainly white constituencies were against it and thought  'if the black community cannot agree how can we push it'."
Now Ms Harman is coming under fresh pressure to change her mind from Labour Black activists and other ministers.

One of the strongest supporters is Mr Lammy. He told a Black Sections 25th anniversary meeting in the Commons:  "I am an absolute advocate of black and ethnic minority shortlists; we must not compromise on that position. Without it, we are dependent on goodwill and very little happens if you are dependent on that solely. Because of affirmative action in America, there has been progress."

One reason why there is a growing support for more radical action is the failure of many Labour constituency parties to select Black candidates  — even where there are all-women short lists  — as recently shown in Hackney and East Ham.

A report by Operation Black Vote says:  "At the present rate of BME individuals becoming MPs, it will take 75 years for the House of Commons to reflect the proportion of that population. Doing nothing is not an option."

It advocates choosing 8 to 10 seats for all-Black short lists in every general election and dropping the procedure after 20 years by which time Parliament should have been be transformed.   l

'Right to protect' hypocrisy of America on chemical weapons